Carapace (upper shell) is smooth and olive-gray or brown; males have faint dots and dashes while females have mottled blotches. The plastron (lower shell) is a plain gray or cream color.

A light stripe, with a dark, thin border, extends from the eye down each side of the neck.

Adult females are larger and have longer hind claws.

Males have longer, thicker tails. Young are olive-colored and covered with dots.

Similar Species: The carapace of the Eastern Spiny Softshell has spines on the front edge and it has a sandpaper-type surface.

Status in Tennessee: Although listed as rare or species of concern in several mid-western and northern states, Smooth Softshells are low conservation concern in TN. Vulnerable to river channelization, water pollution, and harvesting for human consumption.

Best places to see in Tennessee: Along the Mississippi River near Reelfoot lake or along the lower Tennessee River drainage. 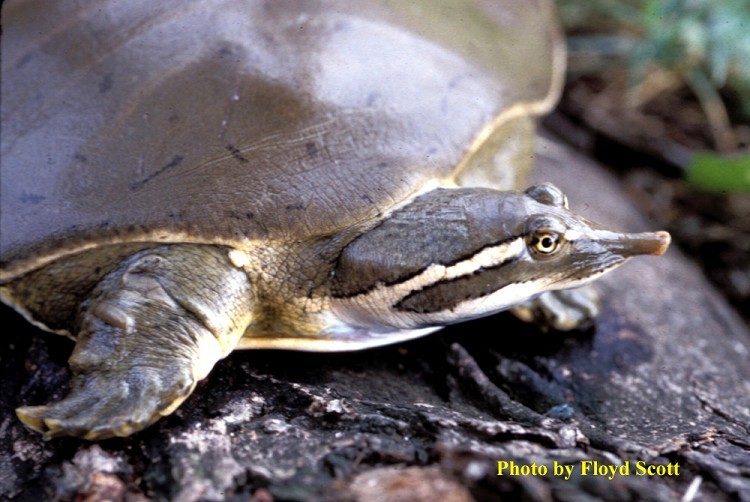