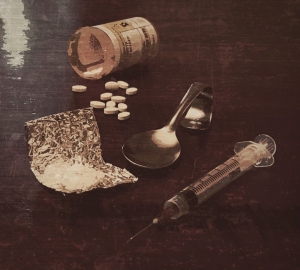 Opioids are a class of drugs that include the illegal street drug heroin, synthetic substances such as fentanyl and carfentanil, and prescription pain relievers such as oxycodone, hydrocodone, and morphine.

Approximately 70,000 Tennesseans are addicted to opioids. Our state is seeing epidemic levels of addiction, overdoses, and death. New legislation aimed at reducing the opioid supply has helped, and the state is seeing a slight decrease in the number of opioid prescriptions overall. Still, Tennessee is ranked third in the country for prescription drug abuse. While the number of prescription opioids submitted to the TBI for laboratory analysis is down, submissions of heroin and fentanyl are on the rise.

Historically, the TBI Crime Lab's Forensic Chemistry Unit has encountered a large assortment of drugs ranging from marijuana to white powders to pharmaceuticals. Recent years have shown a surge of methamphetamine, heroin, and certain opiates in submitted case samples. Additionally, testing has become much more complicated with the increased prevalence of synthetic drugs, counterfeit drugs, fentanyl, carfentanil, and fentanyl analogs. Many of these drugs are not only a concern to law enforcement but represent a public health crisis.

For example, fentanyl and carfentanil are extremely powerful and toxic synthetic opioid compounds, approximately 100 and 10,000 times more potent than morphine, respectively. These drugs are frequently detected in combination with heroin, may be sold as illicit substitutes in counterfeit drug cases, or may be encountered individually. Fentanyl and carfentanil are receiving growing attention in drug abuse and death cases nationwide, including cases in Tennessee. Fentanyl case submissions to TBI Crime Labs have increased at an alarming rate, soaring from three submissions in 2012 to 1,550 in 2019. Carfentanil was identified in a TBI Crime Lab case for the first time in 2017. These drugs are readily absorbed through the skin and pose a serious risk to law enforcement and laboratory personnel. 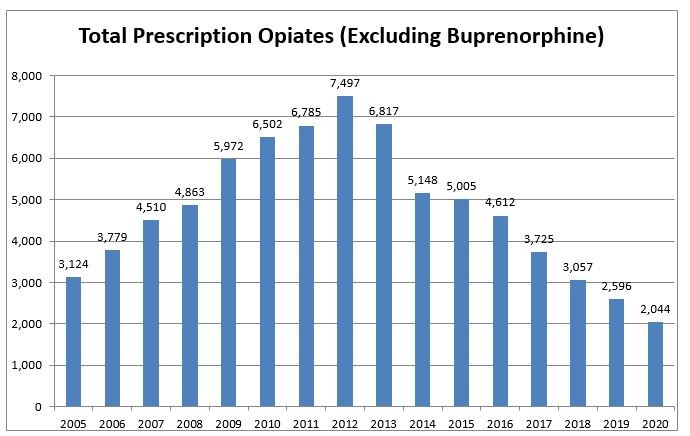 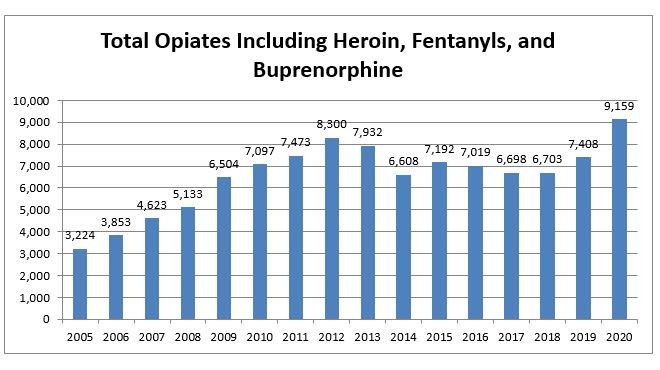 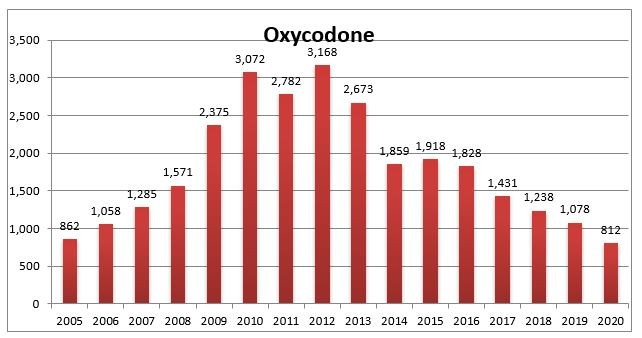 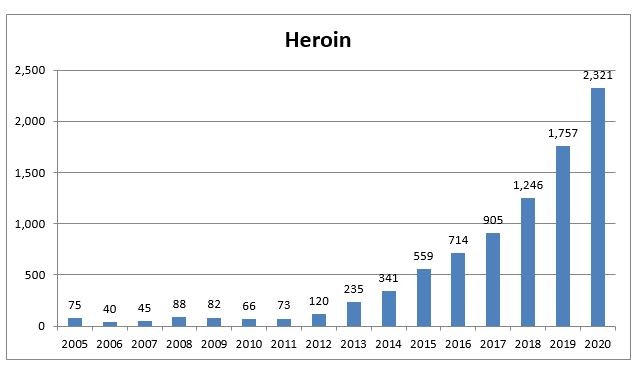 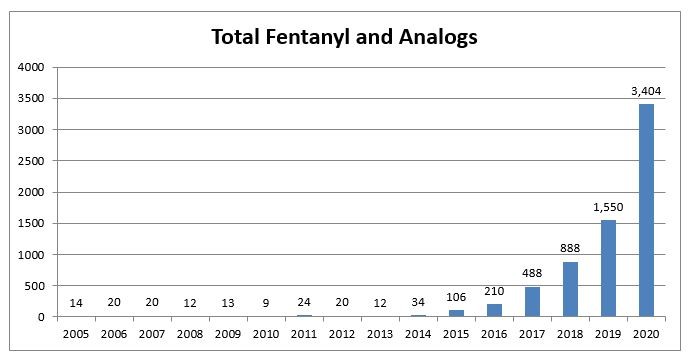 The abuse of opioids is having disastrous consequences for our state. In addition to overdose deaths, hospital costs and emergency room visits are increasing, more children are being put in state custody, and incarceration of drug-related crimes is at an all-time high.

While the dangers of illegal drugs and abuse of legal drugs continue to change, it is incumbent upon law enforcement officers -- and the public -- to be vigilant in their fight of these substances. It requires an increased understanding of the dangers presented, as these drugs now not only pose a threat to those using them, but also to those fighting the use.

Opioids are a class of drugs that include the following:

Where can I find information about drug overdoses in Tennessee?

The Tennessee Department of Health collects data on both fatal and non-fatal drug overdoses in the state.

How can I get help for myself or a loved one?

The Tennessee REDLINE (1-800-889-9789) is a service that provides addiction information and referrals to Tennessee residents at their request. The service is provided by the Tennessee Association for Alcohol, Drug and other Addiction Services through a contract with the Department of Mental Health and Substance Abuse Services.

Where can I dispose of unused or unwanted prescription opioids?

The most common method of opioid diversion is through family and friends. Unused and unwanted prescription drugs, when left in cabinets and drawers in your home, are at risk of being used or stolen. Prescription drug take-back boxes are located throughout the state to make the disposal of those medications convenient and easy.

Check out this map to find a location near you.