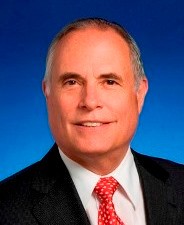 Douglas Earl Dimond, J.D, has served as General Counsel at the Department of Children’s Services since April 2011, leading more than 100 attorneys and staff across the state in providing the highest possible level of legal work to clients involved in every phase of the Department’s work.

Mr. Dimond began his professional life in 1980 as a small businessman operating a gourmet foods business in New England.

He joined the Tennessee Attorney General's Office, where for the next 15 years he represented the Department of Children’s Services and several other state agencies in all levels of state and federal courts.

As lead counsel in Brian A., a federal civil rights class action brought on behalf of Tennessee's foster children, he was instrumental in negotiating the original settlement and representing the Department in subsequent efforts aimed at improving services to thousands of foster children statewide.

He also handled scores of appeals in the Tennessee Supreme Court and the Court of Appeals.