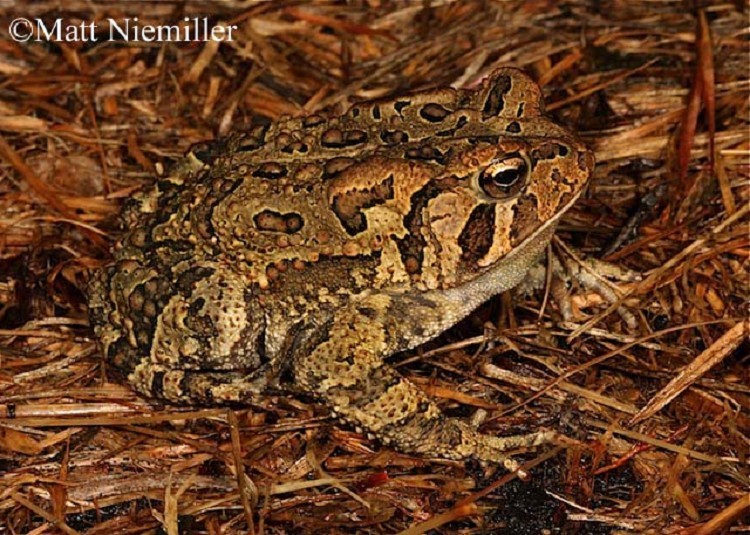 A toad of open forests, sandy prairies, meadows and river valleys, Fowler’s toad spends much of its time underground, particularly during hot or cold periods, and is most active at night.

Description:
Fowler's toads are 2 to 3 inches long. Their coloration varies from shades of gray or brown to brick red. They do not have any spotting on the chest.

Similar Species:
Distinguished from the American toad by the lack of space between the cranial crests and the parotoid glands. Also, they have 3 or more warts in each of the large spots on their back; the American toad has 1 or 2.

Habitat:
Fowler’s toad occurs in a wide array of rural and urban habitats across the state.

Breeding information:
Breeding typically takes place in May or June, sometimes as late as early August. Females lay strands of 7,000 to 10,000 eggs that hatch in 2 to 7 days. Metamorphosis of tadpoles takes thirty to forty days; Fowler’s toads become mature in 2 to 3 years.

Fun Facts:
•Will occasionally appear after heavy rains in areas where they were not suspected of living
•Like many toads, the Fowler’s toad produces a toxin from its skin. This can be poisonous to smaller animals
•Breeds later than the American toad