Commissioner Many-Bears Grinder Celebrates More than 40 Years of Service to Soldiers, Veterans and Their Families 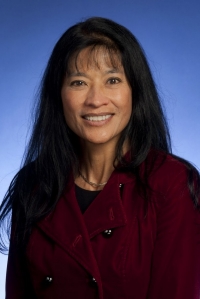 NASHVILLE – Tennessee Gov. Bill Haslam and Department of Veterans Services Commissioner Many-Bears Grinder announce she will retire from public service on January 19, 2019.  After 35 years in the Army National Guard and eight years as the first woman to serve as Commissioner for the Department of Veterans Services, Grinder is leaving to spend more time with family and pursue educational options, but plans to remain connected to the military and veteran communities.

Since 2011, Department employees and county service officer partners have assisted Tennessee veterans and their eligible dependents with more than $9 billion in federal tax-free benefits administered by the U.S. Department of Veterans Affairs (VA).

In 2012, Grinder expanded the Department’s focus to include veteran education, employment, business resources and support of Veteran Treatment Courts.  Since her appointment, she has also served as an ex-officio voting member of the Tennessee State Veterans Home Board which partners with the Executive Director to manage four homes statewide.

“Tenacity, commitment and passion can only begin to describe Bears and her service to Veterans and their families,” Haslam said.  “She has made incredible strides to transform Veterans Services and paved an innovative path to more improvement in the years to come.  I’m extremely grateful for her service and I’m proud to have had the chance to serve with her.”

Grinder retired as a Colonel in the Tennessee National Guard in 2011 to accept Haslam’s appointment as Commissioner.  Her 35 years of military service to include 24 years of active duty included a one year deployment in Afghanistan in support of Operation Enduring Freedom as the Head of Secretariat for the International Police Coordination Board.

“After decades of taking care of Soldiers, there was only one opportunity that could have motivated me to retire from the uniform and that was the chance to take care of veterans and their families,” Grinder said.  “It has been an honor to meet Tennessee veterans of all eras, to hear their stories and to recognize their service in celebration and in mourning.”

She has earned a Master's Degree in Strategic Studies from the U.S. Army War College and a Master's Degree in Human Resource Development from the University of Tennessee, Knoxville. She was awarded an honorary Doctorate in Public Service from Maryville College in 2016 and was inducted into the Fort Benning Hall of Fame in 2004.  Her military awards include the Legion of Merit and the Bronze Star Medal.

Grinder lives in Gallatin with her husband Ernie.