Private First Class William F. Cavin to be Laid to Rest After 75 Years 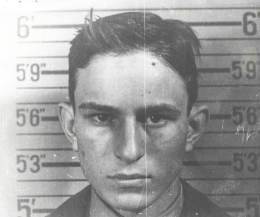 NASHVILLE – Tennessee Gov. Bill Haslam and Department of Veterans Services Commissioner Many-Bears Grinder recognize the service and sacrifice of U.S. Marine Corps Private First Class William Franklin (Frank) Cavin of Hancock County, who was killed in the Battle of Tarawa on November 20, 1943.  He was assigned to Company F, 2nd Battalion, 8th Marine Regiment, 2nd Marine Division on Betio Island and was among 1,000 Marines and Sailors killed during the World War II battle with the Japanese.  He was 18 years old.

Immediately following the battle, service members were buried in cemeteries on the island.  In July, 2013, History Flight, Inc. reportedly found remains in Cemetery #33 and turned them over to Defense POW/MIA Accounting Agency (DPAA).   These remains were buried at the National Memorial Cemetery of the Pacific as Tarawa Unknown X-032.  On March 13, 2017, DPAA and the Armed Forces Medical Examiner System exhumed the unknown remains to begin the identification process.  On April 23, 2018, the unidentified remains were confirmed to be Cavin’s.

“Frank was not even 17-years old when he enlisted in the Marine Corps to serve his country,” Haslam said.  “This native Tennessean was clearly born with the Volunteer Spirit and we are proud to welcome him home.”

“The Battle of Tarawa is more than a legendary piece of World War II history,” Grinder said.  “The pain of those lost, still lives with us today.  However, Frank Cavin will no longer lie under a headstone marked Tarawa Unknown X-032.  This hero will be laid to rest with full honors, under a headstone with his name, among his family.”

The dignified transfer of remains will be at the McGhee Tyson Airport at 3:07 p.m. (EDT).  Media planning to attend the arrival need to contact McGhee Tyson Public Relations at (865) 342-3014 and must arrive by 2:00 p.m. for appropriate staging.

Graveside ceremony will be held at the Overton Cemetery in Sneedville, Tennessee on Saturday October 13 at 1:00 p.m. (EDT).

Haslam has declared a day of mourning from sunrise to sunset on Saturday, October 13 in honor of Cavin’s ultimate sacrifice.