KIDS COUNT, a project of the Annie E. Casey foundation, is an effort to provide state legislators, public officials and child advocates with reliable data, policy recommendations and tools needed to advance sound policies that benefit children and families. The Tennessee Commission on Children and Youth is the Tennessee KIDS COUNT affiliate, providing county-level data to the KIDS COUNT Data Center, promoting  KIDS COUNT data publications, and annually publishing KIDS COUNT: The State of the Child in Tennessee.

William Edwards Deming—a driving force behind the development of Japanese management principles—was known to say “In God we trust. All others bring data.” The Tennessee Commission on Children and Youth promotes evidence-based policy, and data is where the evidence is found.

KIDS COUNT: The State of the Child in Tennessee is an annual data book that tracks the status of children by analyzing state- and county-level statistical indicators of child well-being using social, educational, economic and health data. Tennessee's program cooperates with state departments, universities and other organizations to collect information used in the book. 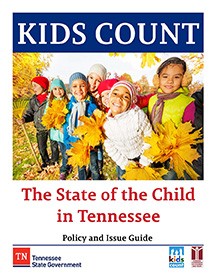 Profiles Released with Report Rank Counties from Williamson to Davidson

NASHVILLE, Tenn. — The differing challenges faced by Tennessee’s urban and rural counties, as well as those that are shared, are explored in KIDS COUNT: The State of the Child in Tennessee, released today. This report, produced by the Tennessee Commission on Children and Youth, the Annie E. Casey Foundation Tennessee KIDS COUNT® partner, is released in conjunction with county profiles for all 95 Tennessee counties. The profiles include substantial county-level data and county ranks in important areas affecting child development: economic well-being, education, health and family, and community. The profiles also list county measures on 38 indicators.

“The inauguration of a new governor always brings with it a change in priorities and a new way of looking at old problems,” said TCCY Executive Director Richard Kennedy. “Governor Lee has put a focus on some of the state’s most economically-challenged rural counties, and TCCY has disaggregated as much data as possible by rural status in the report to help identify policy priorities for those areas.”

The counties ranked in the top 10 are Williamson, Sumner, Wilson, Overton, Washington, Montgomery, Blount, Rutherford and Smith. The most challenged are Hardeman, Lake, Union, Shelby, Hancock, Haywood, Madison, Clay, Cocke and Davidson. Individual county ranks, especially those for counties with fewer residents may vary greatly from last year as small changes in some measures used to determine the rates, such as child deaths, may have an outsize effect. 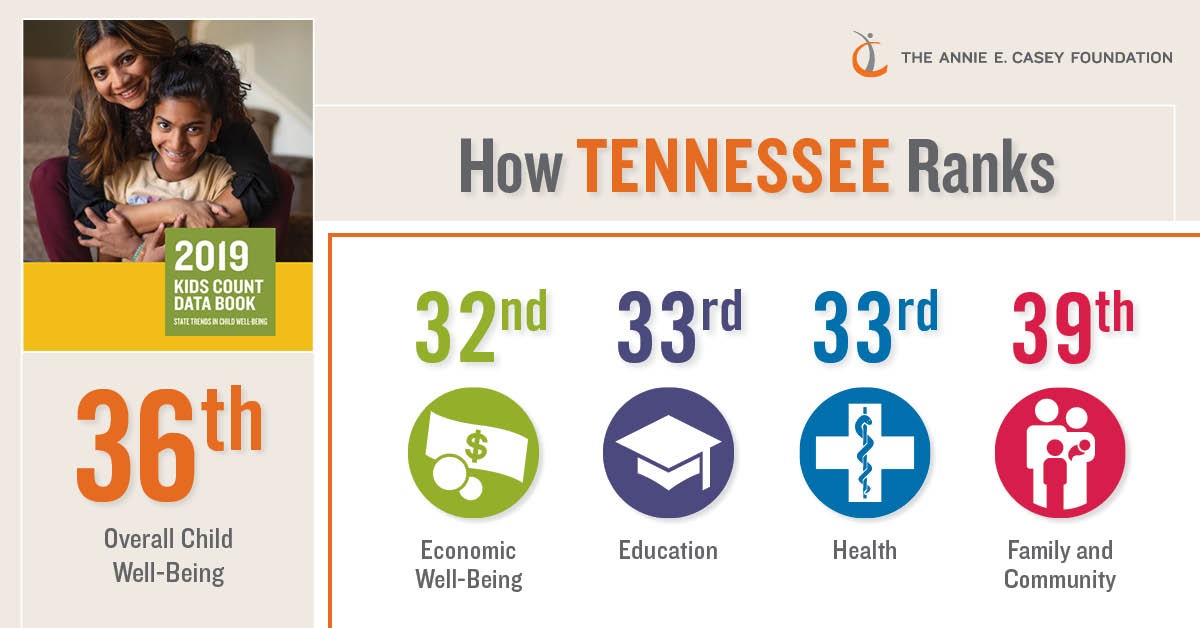 NASHVILLE, Tennessee — The well-being of Tennessee children has improved in many areas in the last 30 years, according to information in the KIDS COUNT® Data Book released today by the Annie E. Casey Foundation. Despite having been ranked in the 40s in earlier years, the state’s overall rankings in recent years have hovered in the mid-30s, including its ranking of 36th in the 2019 report.

“While changes in the way the data are collected limit our ability to compare this year’s ranking to older ones, TCCY is pleased Tennessee now ranks better than it did in the early days of its participation in KIDS COUNT when the state ranking was much nearer the bottom,” said Richard Kennedy, Executive Director of the Tennessee Commission on Children and Youth, the state’s KIDS COUNT affiliate.

Tennessee is among the top quarter of states with the greatest increase in the number of children between 1990 and 2017.

“Tennessee’s 1.5 million children are each born with potential for success if given the opportunities and support needed to nurture their growth,” said Kennedy. “The state’s future relies on them.” 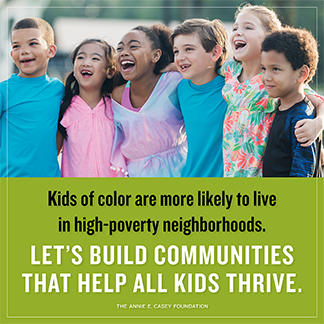 One of 29 States Nationwide to Show Progress in Child Poverty Rate According to New Data Snapshot from the Annie E. Casey Foundation

NASHVILLE, Tenn. — The percentage of Tennessee children living in areas of concentrated poverty fell 7% between 2013 and 2017, according to “Children Living in High Poverty, Low-Opportunity Neighborhoods,” a new KIDS COUNT® data snapshot released today by the Annie E. Casey Foundation. Using the latest data available from the U.S. Census Bureau, the snapshot examines where concentrated poverty has worsened across the country despite a long period of national economic expansion.

Living in a neighborhood with a high level of concentrated poverty, in addition to putting children at risk from environmental exposure and reduced opportunities, can cause chronic stress and trauma. The Tennessee Commission on Children and Youth, the Tennessee KIDS COUNT affiliate, partners with other state and private agencies through the state’s Building Strong Brains Tennessee strategy to empower all Tennesseans to respond to childhood adverse experiences.

The 200,000 Tennessee children living in concentrated poverty would nearly fill Neyland Stadium twice and make up almost one of every eight children in the state.

The report is available at http://bit.ly/2mqvsfK. 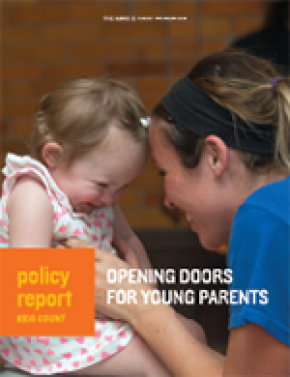 NASHVILLE, Tenn. — With limited access to opportunities to advance their education and find family-sustaining jobs, Tennessee’s 75,000 young adult parents face hurdles to support their children and fulfill their own potential, according to Opening Doors for Young Parents, the latest KIDS COUNT® policy report from the Annie E. Casey Foundation.

The fifty-state report reveals that, at 13 percent, Tennessee is above the national average (10 percent) of youth ages 18 to 24 who are also young parents.

“Becoming a parent is life-changing at any age,” said Rose Naccarato, KIDS COUNT director at the Tennessee Commission on Children and Youth, “but young parents are less likely to have
finished their education or found a long-term career and so they have unique challenges to their time and finances.”

Opening Doors for Young Parents is available at https://www.aecf.org/opening-doors-for-young-parents. 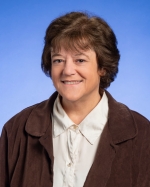