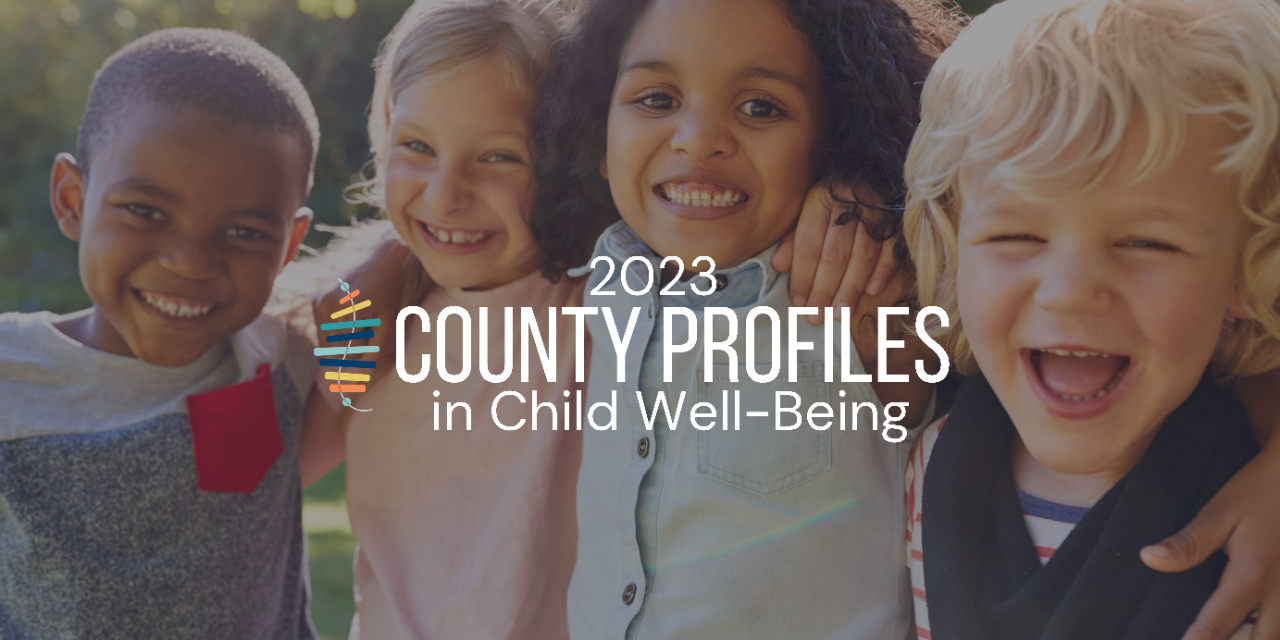 County Profiles: Click on each county name to access profile with overall ranking and information on 38 indicators of child well-being. Additional information is available on the KIDS COUNT Data Center.

As the Annie E. Casey Foundation’s (AECF’s) Tennessee partner, the Tennessee Commission on Children and Youth (TCCY) gathers county-level data on almost 100 indicators of child well-being and posts them to the KIDSCOUNT datacenter. Data available at the county level does not exactly mirror state-level data AECF uses for its rankings, but staff at TCCY chose 12 indicators, three in each domain, to make up its Index of Child Well-Being.

Indicators were chosen with a preference for measures of outcome rather than process. We tried to avoid using indicators that mostly measure the same thing (such as percent of children living in poverty and percent of children eligible for free and reduced-price lunch). We tried to avoid using indicators for which a “better” rate was ambiguous (a low rate of children receiving SNAP benefits could reflect low poverty rates or poor outreach). The indicators are different than those used in past years, so this year’s ranks are not directly comparable to those from previous years.

This year we had to change the data a little bit because of changes in the way CDC reports data. Counties with small populations can have wide variations in rates in some data categories, especially when just children, or even just a subset of children, are the focus of the data. Child and teen deaths provide a good example. For some counties, a single child death moves them from a rate of 0 per 100,000 to a rate of as high as 80 or 100 per 100,000. In this sense, their rates are not meaningful, and the CDC no longer reports single-year rates at the county level for some indicators when the population of the county is small. This is problematic when one is ranking counties.

We changed the teen pregnancy data point because fewer than two thirds of the counties had a value. Instead, we used births to unmarried women. We chose this for three reasons. First, a significant portion of births to unmarried women are, in fact, teen births, so it tracks similar data. Additionally, being born to a single woman is a strong indicator of child poverty. Finally, we created our profiles to mirror the Annie E. Casey Foundation KIDS COUNT state rankings, and this is an indicator that they use.

Even though child and teen death data is also suppressed for many counties, the Tennessee Department of Health is required to produce a child fatality report every year that contains this data. For the moment, we are continuing to use single-year data in this category, but it does produce wildly swinging rates for more rural counties year to year. We will explore whether to begin using three-year averages for some of these data points. If we do, we may go back to the teen pregnancy data mentioned above, as the CDC allows the rates to be released for a three-year average that smooths annual variation. This can cause a lag between actions or policy that might move the indicators and that movement showing in the data. For now, we continue to use one year of data as the basis for the rankings with the understanding that it is a snapshot.

Because these rates are scaled differently (some are percent [or per 100], some are per 1,000 and some are per 100,000), they should not simply be summed to create an overall rank. In order to make them comparable, TCCY calculated the z-score for each indicator for each county, summed those for all twelve indicators and ranked the counties based on that total. Sums of the z-scores for the three indicators in each domain serve as the basis for each county’s domain ranks.

For each county, an indicator’s z-score represents the number of standard deviations the value of that indicator is from the average value for all counties. It is calculated as (the difference between a county’s percentage or rate on an indicator and the average value of all counties for that indicator) divided by (the standard deviation for that indicator). This is a common way to make variables or indicators that are measured in different units or have very different scales more comparable. For a full discussion of how to compute z-scores (aimed at non-mathematicians) see this WikiHow explanation.