This summer the Tennessee Wars Commission, the Tennessee Historical Commission program devoted to preserving the state’s significant military history, will have a hand in saving a highly threatened nine-acre historic site.  Known as the Brown’s Ferry Tavern Tract, it is located in the Wauhatchie (Chattanooga) Civil War Battlefield area and richly layered with American history.  For two hundred and sixteen years, Brown’s Tavern has stood on this land.  The two-story dogtrot log home with huge stone bookend fireplaces was constructed in 1803 and witnessed the defeat of the 4th and 15th Alabama regiments by the 23rd Kentucky and 93rd Ohio regiments in the Battle of Wauhatchie.  This is the Union victory that reestablished the “Cracker Line” to supply troops further south at Moccasin Bend. 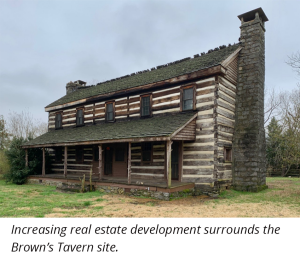 Prior to its conscription into Civil War service during the 1863/64 winter encampment at Chattanooga, the tavern witnessed an earlier travesty—one steeped in Native American history.  The tavern is named for John Brown, a Cherokee businessman who owned 640 acres of land in Chattanooga.  His property included the tavern and a ferry that connected Moccasin Bend to the east bank of the Tennessee River along Old Federal Road.  Brown operated the tavern until 1819.  He returned in 1830 to resume tavern operations, but, was forced out by the infamous Cherokee Removal in 1838.  Brown negotiated federal permission to return with his family to their home in the tavern.  There he died in 1847.  To date, the exact location of this war veteran’s grave is unknown.  However, his legacy as a Native American soldier with the Cherokee troops that fought under Col. Gideon Morgan in the War of 1812, is now well known and honored.

Today Brown’s Tavern is a stop on the Trail of Tears National Historic Trail and is listed on the National Register of Historic Places. Yet the historic integrity of this site and its surrounding area remain vulnerable to development taking place in the area, that is, until the American Battlefield Trust purchases the property this summer with financial support from the Tennessee Civil War Sites Preservation Fund and a conservation easement is established for the Tennessee Historical Commission to hold in perpetuity.  Since the conception of the Civil War Sites Preservation Grant Fund in 2013, this matching fund program has helped preserve over 850 acres of battlefield land.  Other properties acquired in 2019 with support from this fund were:

The Stones River Battlefield, (O’Reilly Tract, Murfreesboro, Rutherford Co.) Grant contribution $1,827,502.38.  The forty-two-acre parcel at Stones River is where Maj. Gen. William Rosecrans and Gen. Braxton Bragg faced off. This tract is the location of George Wagner’s troop position during the battle.

The Battle of Shiloh, (Brown Tract, Shiloh, Hardin Co.) Grant contribution $23,260.00.  The Brown Tract, an eight-acre parcel, marks the location of Brig. Gen. Adley H. Gladden’s battle line during the initial phase of the first day of the battle on April 6, 1862.

Groundbreaking ceremony of Phase I construction at Camp Blount. August 2019.

In 1994, the Tennessee General Assembly enacted legislation to create the Tennessee Wars Commission (TWC). Since then, the TWC has helped acquire and permanently protect over 7,000 acres and support over one hundred projects that preserve, protect, and interpret Tennessee’s military heritage—which includes property associated with the French and Indian War (1754-1763), American Revolutionary War (1775-1783), War of 1812 (1812-1815), Mexican-American War (1846-1848) through the American Civil War (1861-1865) and Underground Railroad sites.  This mission is achieved in part through the administration of two grant funds: the Tennessee Historical Commission Civil War Sites Preservation Grant Fund and the Wars Commission Grant Fund.  The American Battlefield Protection Program (ABPP), a National Park Service program, partners with TWC to protect Tennessee’s battlefield sites.

Projects that were funded by Wars Commission grants in 2019:

Battle of Franklin Trust, Franklin, Williamson Co., was awarded $50,000.00 to assist in the purchase of interpretative panels and graphic displays for the new Carter House State Historic Site Visitor Center, a Tennessee Historical Commission capital project slated for construction in the future. These panels will interpret the broader context of America’s history from its founding through the Civil War and the war’s aftermath.

Johnsonville State Historic Park, Humphreys Co., was awarded $15,000.00 for the purchase of a reproduction aluminum carriage for a field artillery piece. 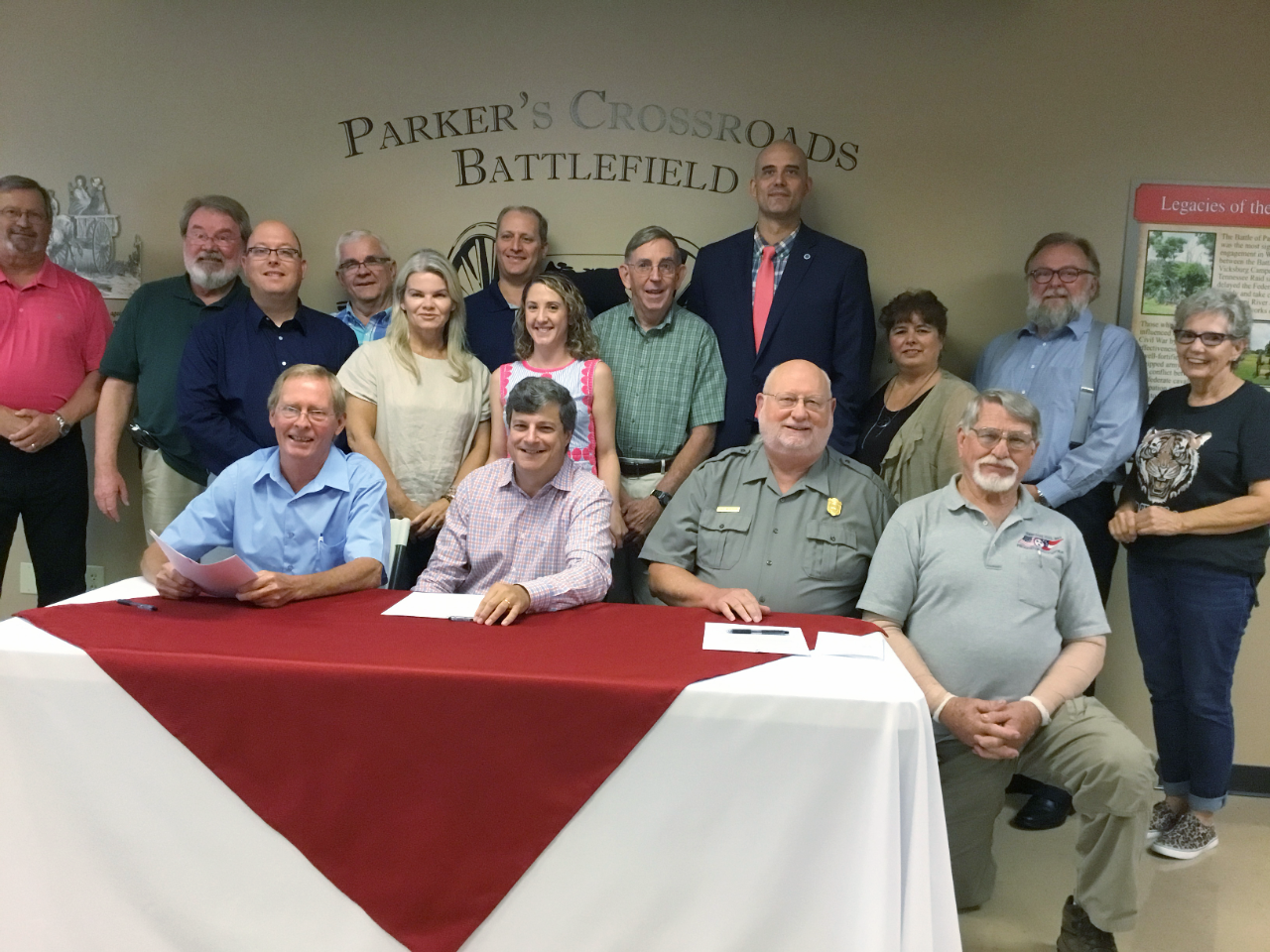