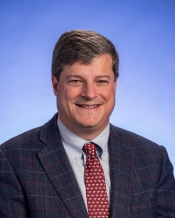 Mr. McIntyre has served as the executive director of the Tennessee Historical Commission and as Tennessee State Historic Preservation Officer (SHPO) since 2007.  Under his leadership, THC has increased preservation funding statewide, established a new historic cemetery preservation program, and bolstered the state historic sites program with the acquisition of properties including the restoration and opening of three state historic sites.  From 2002 to 2007, he served as the first executive director of the Tennessee Preservation Trust in Nashville. Prior to moving to Tennessee, McIntyre served as the Endangered Properties Coordinator for the Alabama Historical Commission.  Experienced in the field of archaeology, he has also worked as a private consultant specializing in architectural surveys and historic property nominations.  He is a graduate of the University of Alabama with a B.A. in Anthropology.  He holds an M.A. in Southern Studies from the University of Mississippi.  McIntyre has completed professional training courses including the Tennessee Government Executive Institute at the University of Tennessee; the Poplar Forest Restoration Field School in Lynchburg, Virginia; and both the regular and advanced editions of the National Trust’s Preservation Leadership Training Program.  McIntyre served on the Board of Directors for the National Conference of State Historic Preservation Officers in Washington, DC from 2009 to 2021, including eight years as an officer. 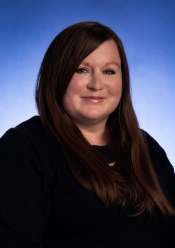 Ms. Barnett joined the staff in 2016 to work with the National Register of Historic Places program. She is the Deputy State Historic Preservation Officer and, in that role, she manages the Historic Preservation Fund for the office. She is also responsible for coordinating the state’s historic preservation plan. Prior to assuming Assistant Director duties, she supervised the Federal Program staff, coordinated the Historic Tax Credit Program, and integrated technology improvements into the agency’s Federal Program. Previously, she worked in the Tennessee Department of Transportation’s Environmental Division, surveying, and documenting effects to historic resources to ensure compliance with Section 106 regulations.  There, she integrated GIS into TDOT’s survey and review process.  She left TDOT as the Historic Preservation Supervisor, after co-writing The Tennessee Department of Transportation: A Century of Achievement and Progress.  Barnett holds a bachelor’s degree in history from Mississippi University for Women and a master’s degree in public history from Middle Tennessee State University.  At MTSU she completed two experientially different internships with State Historic Preservation Offices: the first one in South Dakota and the second in Tennessee. 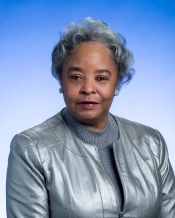 Mrs. Wynn joined the staff in September, 1974, after earning B.S. and M. S. degrees in History and a Master’s in Public Administration from Tennessee State University.  She serves as a legislative liaison and oversees administrative, budgetary, and state programmatic functions at THC.  Wynn co-founded the Nashville Conference on African American History and Culture and is an author and frequent speaker on Tennessee history.  She is editor of Journey to Our Past: A Guide to African American Markers in Tennessee, and co-edited Profiles of African Americans in Tennessee, as well as Freedom Facts and Firsts: 400 Years of the African American Civil Rights Experience.    Wynn authored “African Americans in Tennessee” for the African American State by State Encyclopedia and her chapter, “Beyond Patriarchy: The Meaning of Martin Luther King, Jr. for the Women of the World” appears in Caught in an Inescapable Network of Mutuality. The Frist Museum’s award-wining We Shall Overcome Catalogue, includes her chapter, “Nashville: An Inspirational City.” Wynn has served as a consultant to the State Museum and to the Nashville Public Library Foundation for its Votes for Women Project. She is a member of the Nashville City Cemetery Board, the Nashville Public Television (NPT) Advisory Board and the Metropolitan Historical Commission of Nashville and Davidson County.

Ms. Hurd joined the staff in 2021 as the coordinator for Tennessee’s Certified Local Government Program, a partnership between federal, state, and local governments that helps communities save the irreplaceable character of historic places. She assists local governments in creating historic zoning commissions and executing local preservation projects. Hurd previously worked as an architectural historian in Atlanta, Georgia, and Seattle, Washington. While in college, she worked as a library assistant, processing archival collections of architectural drawings. Hurd holds a bachelor’s degree in U.S. History and History of Art from Vanderbilt University and a master’s degree in Architecture, History and Theory from the University of Washington. 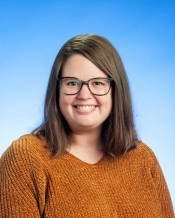 Ms. Lee joined the staff in 2017, as Section 106 Coordinator, after serving for a year as a graduate assistant in the Section 106 program at the South Carolina State Historic Preservation Office.  In 2016, she graduated from the University of South Carolina with a Master of Arts in Public History, concentration in historic preservation.  Since working at THC, Casey has attended Section 106 trainings with the Advisory Council on Historic Preservation and the National Preservation Institute. She has also presented at the National Council on Public History and the Southeast Chapter of the Society of Architectural Historians Conferences. Her area of research interest is mid-century modern architecture. 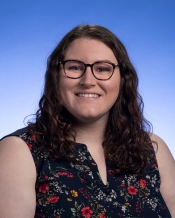 Ms. Nickell joined the staff in 2012 as National Register of Historic Places Coordinator.  Her current work is focused on inventorying and documenting the state’s historical and architectural resources and making this data publicly available online. Her prior employment at URS Corporation in Gaithersburg, Maryland, was focused on work for governmental entities, including creating a prototype database and guidelines for cultural resources to be used by all NASA facilities.  She was deployed to New Orleans, Louisiana as a FEMA Historic Preservation Specialist for post-Katrina recovery and conducted a Section 106 review of a seismic refit for a library in Salt Lake City, Utah, among other preservation projects.  Prior to these contractual projects, she served as an Architectural Historian/Preservation Planner and Project Manager with Thomason and Associates, Preservation Planners in Nashville, Tennessee.  Nickell is a Middle Tennessee State University alumnus, whose bachelor’s and graduate studies are both in History, with an emphasis on Historic Preservation.

Miss Ross joined the staff in 2020 as co-coordinator of the Tennessee Historic and Architectural Resources Survey.  She also oversees the Certified Local Government Survey program.  Previously, Ross worked as an architectural historian at Cultural Resource Analysts in Knoxville, Tennessee.  She holds a Bachelor’s in Fine Arts from the University of Tennessee in Knoxville and a Master’s in Historic Preservation and Restoration from the College of Charleston and Clemson University in South Carolina, where she interned at the Charleston Board of Architectural Review. 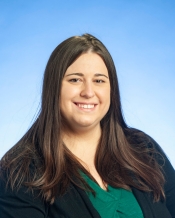 Ms. Schmitt joined the staff in 2017 as co-coordinator of the National Register of Historic Places Program.  She earned a Bachelor of Arts in History and a Bachelor of Science in Historic Preservation from Southeast Missouri State University. She holds a Master of Arts in History and a Graduate Certificate in Public History from the University of Massachusetts-Amherst. She also earned a Master of Science in Historic Preservation from Eastern Michigan University. Currently, Schmitt is pursuing a PhD in Public History at Middle Tennessee State University. Before coming to the Tennessee Historical Commission, she served as a Graduate Assistant for the Michigan Historical Markers Program and was a Teaching Assistant. 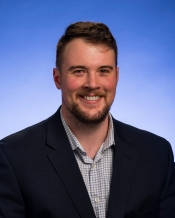 Dr. Holden joined the staff in 2022 as co-coordinator of the National Register of Historic Places Program. He earned his Ph.D. in Public History and M.A. in History from Middle Tennessee State University. Prior to his arrival at the Tennessee Historical Commission, Holden worked as a Graduate Research Assistant at the Center for Historic Preservation. He completed various projects during his tenure there, including a survey of Wilson County's Century Farms and various historic structure reports for properties across the state. Holden also worked as an Architectural Historian for Thomason & Associates. 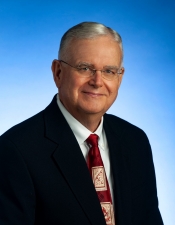 Mr. Brown joined the staff in 2011 as the Certified Local Government Coordinator and became the Historic Sites Program Director in 2015.  Previously, he served as the Executive Director of the Tennessee Preservation Trust in Nashville while teaching as an Adjunct Professor of History at Middle Tennessee State University in Murfreesboro.  In New Orleans, he held positions as the Senior Architectural Historian for Earth Search, Inc. a Cultural Resources Management firm and as Deputy Director of the Vieux Carré Commission.  In the aftermath of Hurricane Katrina, Brown was a project officer for FEMA.  His undergraduate degree in Industrial Psychology and Business is from Loyola University in New Orleans.  He holds a master’s degree in Historic Preservation from the Tulane University School of Architecture and has completed PhD coursework at Tulane, also in New Orleans.  An eighth generation Tennessean, Brown is the great grandson of noted Nashville architect C.A. Asmus. 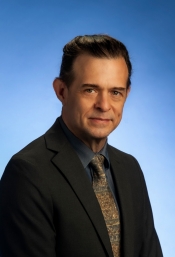 Mr. Perry joined the staff in 2019 to develop the newly created Tennessee Historical Cemetery Preservation Program.  Previously, he served as Curator of Social History at the Tennessee State Museum, creating exhibits that include: We Shall Not Be Moved: 50th Anniversary of Tennessee’s Civil Rights Sit-ins (2010); Tennessee’s Intentional Communities: Examining The Farm, Nashoba, Rugby and Ruskin (2014); I Have a Voice: African American Music in Tennessee (2017); State of Sound: Tennessee’s Musical Heritage (2018); and the permanent display, Tennessee Transforms: 1945-present (2018).  Perry holds a B.A. from Belmont University, an M.A. in African American History from the University of Memphis, an M.A. in Education from Christian Brothers University, and has completed PhD coursework at the University of Memphis. 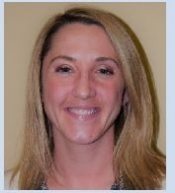 Ms. Scall joined the staff in 2019 as Tennessee Wars Commission Director of Programs.  Previously, she worked with staff at Preservation Long Island to address historic preservation needs throughout Brooklyn, Queens, and Long Island, New York.  Scall holds a bachelor’s degree in Anthropology with a focus in Archaeology from the University of Maryland, and a master’s degree in Historic Preservation from the Savannah College of Art and Design in Georgia.  She serves on the Fort Negley Technical Advisory Committee, and on the Tennessee Civil War Preservation Association and the Tennessee National Heritage Area advisory boards. 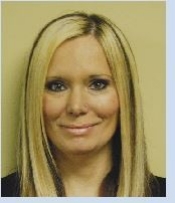 Mrs. Campbell joined the staff as Secretary in 2002.  She holds an Associate degree in Legal Assisting from Draughons Junior College in Nashville (now Daymar Institute) and worked as a legal secretary for the Real Property and Transportation Division of the Tennessee State Attorney General’s Office from 1998 until 2002.

Ms. Pierce joined the staff 2017 as the Administrative Secretary, after serving in administrative positions for the state in the Department of Commerce & Insurance with the Real Estate Commission and in the Department of Labor and Workforce Development with the Labor Market Information - Occupational Employment Statistics (OES) program. She has over twenty years of administrative, customer service and general office support experience. During her time as Guest Services Agent and later Reservations Agent at the Hermitage Hotel, hotel staff was recognized for their instrumental role in earning this historic hospitality institution’s first Forbes Five Star Award. Pierce holds a bachelor’s degree in Interdisciplinary Studies with concentrations in Organizational Leadership and Real Estate and Urban Development from Tennessee State University.