The National Register of Historic Places is the nation’s official list of cultural resources worthy of preservation. It is part of a nationwide program that coordinates and supports efforts to identify, evaluate, and protect historic resources. The State Historic Preservation Office administers the program in Tennessee. The state’s new listings are:

The Auburntown High School Gym is located in the small rural community of Auburntown in Cannon County. The gym was constructed in 1937 by the Works Progress Administration, one of the New Deal’s most impactful programs. Following its completion, the Auburntown High School Gym became the first and only indoor sports facility for the community. Touted as modern and accommodating after its construction, the gym’s features included hardwood floors, raised bleachers, and two parallel rows of five 500-watt bulbs that provided superior lighting. These features quickly made the gym the focal point of Auburntown’s entertainment and recreation activities with many community and social events held at the gym. The gym has served the community continuously since its construction, though the closing of the Auburntown Elementary School in 2022 marks a new chapter in the gym’s history. 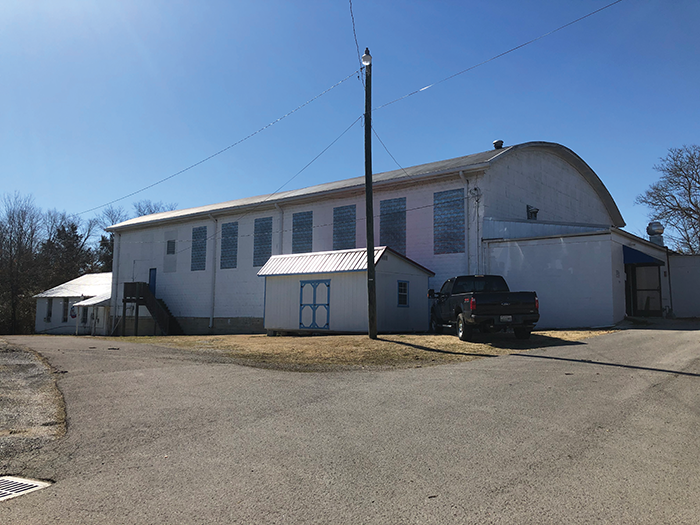 Located in Montgomery Bell State Park, the Montgomery Bell CCC Camp was occupied by African American laborers who played a significant role in the construction of the park between 1935-1942. The Civilian Conservation Corps (CCC) was a New Deal Program created to address unemployment through useful public work during the Great Depression. Though initially created withnon-discrimination policies, segregation quickly became common practice in the organization. The MontgomeryBell CCC Camp was one such segregated camp and housed Company 4497, a junior company comprised of roughly 200 African American men. They were responsible for the construction of many important park features, such as Lake Acorn and Woodhaven, Group Camps Iand II, park roads, campgrounds, bridges, and park offices. In 1942 the CCC was terminated, and the camp was dismantled except for one building, which was later moved elsewhere in the park. Membersof the CCC returned for reunions held at the park by the National Association of Civilian Conservation Corps Alumni, Middle Tennessee Chapter in the 1990s. Today, the camp serves as a significant archaeological site providing informationa bout the experiences of African American CCC members. This nomination is the result of a survey that was partiallyf unded by a federal Historic Preservation Fund grant. 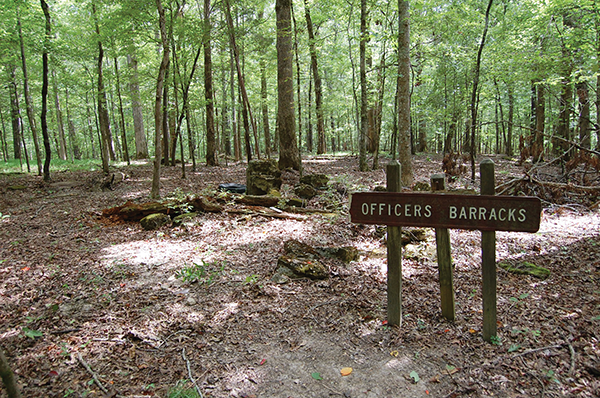 Ridgedale Lodge is a former Masonic Lodge built in 1925 as the home of Ridgedale Lodge #660. The members of Ridgedale Lodge engaged in local philanthropy throughout their long history. Examples of their philanthropy include outreach to underprivileged children and financially supporting education initiatives in the city. In addition to its historical value, Ridgedale Lodge is also an excellent example of the Neo-Classical Revival Style architectural style. The Lodge was designed by well-known Chattanooga architect Clarence Jones and retains much of his original design, including its carved pediments, masonry detailing, and fenestration patterns. The interior also retains its original features, the centerpiece being the unaltered stage for the Masonic York Rites degrees. Thel odge closed in 2020. The current owner of the building plans on rehabilitating the building for use as office space using federal historic tax credits. 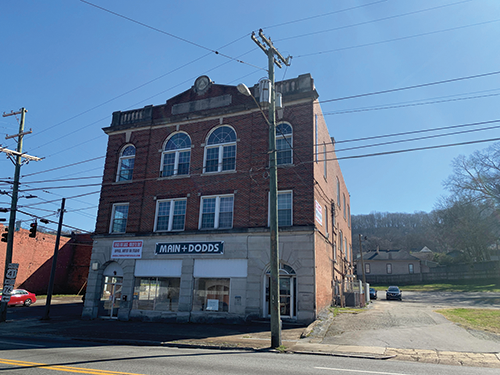 Howell Nurseries is important for its contributions to both agriculture and landscape architecture. Members of the Howell Family established a nursery business in the mid-nineteenth century. By 1895, SS Howell had become known for his prize-winning strawberries and the next five generations built on this tradition. The Howells opened thirteen different locations across the southeast, developed a catalog and mail order business, contributed new cultivars of trees like dogwoods to the horticultural world, and served as horticultural educators and ambassadors to their local community and other professional organizations. Fifth generation owner, Joe N. Howell and his cousin Martha Howell, also made Howell Nurseries synonymous with landscape architecture and design. Joe and Martha erected stone hardscapes and demonstration gardens throughout the property to demonstrate their skill and beautify the property. In 2002, the property became home to the Knoxville Botanical Garden and Arboretum and is open for free to the public. 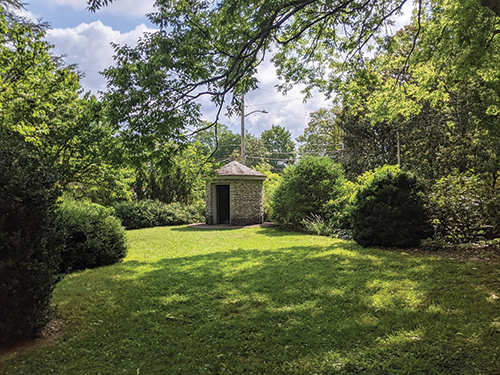 Nestled in the rural fields outside of Petersburg, Lincoln County is the Greer-Gill Farm. Acquired by William Warren Gill in 1943, the Greer-Gill Farm was both an active participant in the Lincoln County’s agricultural history and a leader in the local walking horse industry. The first owner, William Warren Gill, was considered a “master horseman” and was known locally as an excellent judge and breeder of horses. He served as the presidentof the Tennessee Walking Horse Breeders Association of America. The next owner, William Warren Gill II, also kept Tennessee Walking Horses on the property and transitioned the farm to meet the needs of modern Tennessee farming. The centerpiece of the farm is the Greer-Gill Farmhouse, a one story, brick Gothic Revival Style house built in 1857 by then-owner Jefferson Greer. An excellent example of its style, the Greer-Gill Farmhouse features signature characteristics of the style such as the pointed double arches on the front porch, steeply pitched cross-gable roof, and intricate decorative wooden trim. The current owners and Greer family descendants are leaders in the agricultural profession and remain actively involved in the day-to-day management of the Greer-Gill Farm as a working farm. 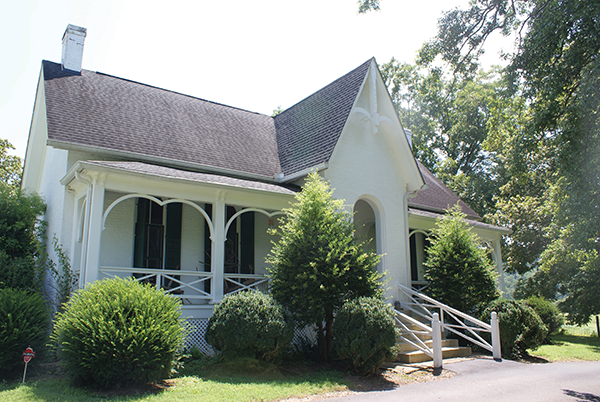 This .12-mile segment of the Georgetown Road was nominated under the “Historic and Archeological Resources of the Cherokee Trail of Tears” Multiple Property Submission. From 1838-1839, the United States government forcibly removed more than 15,000 Cherokee from their homes in North Carolina, Georgia, Alabama, and Tennessee. They were forced to travel thousands of miles, often during harsh conditions, to Indian Territory in present-day Oklahoma. Thousands of people died, leading to the event being called “The Trail of Tears.” In the Fall of 1838, more than 9,000 Cherokee traveled along the nominated segment of the Georgetown Road to Blythe Ferry, where they crossed the Tennessee River. In the years following removal, Georgetown Road continued to be a major transportation thoroughfare. In the 1920s it was renamed State Road 83, and then State Road 60 in 1940. Segments of the road were enlarged or slightly realigned overtime, though some segments of the old roadbed, like this one, were left unaltered. Today, descendants of the Cherokee hold commemorative walks on the nominated road segment, the most recent walk held on November 9, 2019. 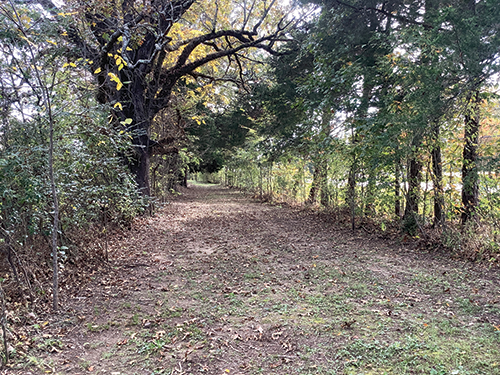 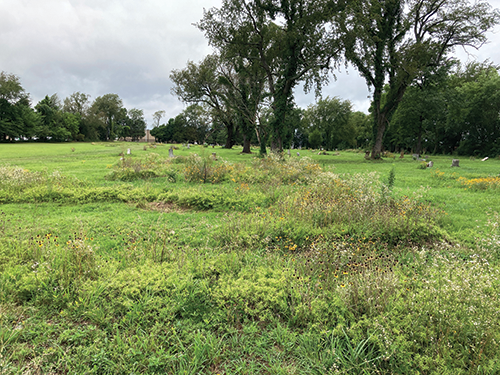 Parkview Hotel Apartments was nominated for its historical ties to community planning in Memphis and as an excellent local example of Neo-Classical Style architecture in apartment style hotel buildings. Located adjacent to Overton Park, the Parkview Hotel Apartments were constructed in 1923 at a cost of $1,300,000. When it was completed, Parkview was the only “residential hotel” in the city of Memphis. Parkview offered apartments for tenants to rent monthly and served as a hotel for transient guests. The design of the Parkview emphasized grandeur of scale, classical features, and symmetrical fenestration and form. It quickly became a desirable residence both for its design and overlook of Overton Park. The Apartments changed hands several times over the course of its life. The current owners plan to rehabilitate the building using the federal historic tax credit. 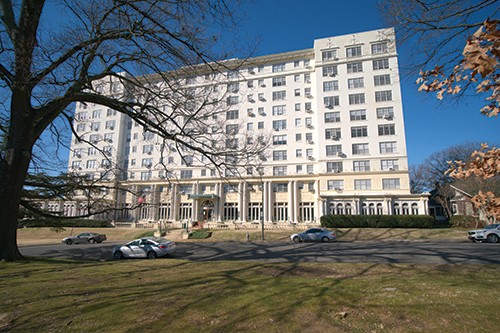 The Ernest C. Withers house is associated with Memphis native Ernest C. Withers, a nationally significant member and photographer of the Civil Rights Movement. A Memphis-native, Withers’ first experience with photography occurred when he was in 8th grade. He continued to refine his craft through the years, even as he worked in other professions to make ends meet. After serving in World War II, Withers opened a photography studio in Memphis using funds from the GI Bill. He soon achieved international acclaim for his work documenting the Civil Rights Movement. Withers captured significant events in the Movement, such as the trial for the murderers of Emmett Till, the Memphis Sanitation Workers Strike, and the Montgomery Bus Boycott. These images raised national public awareness to the injustices facing African Americans and the need for activism and racial justice. In addition to documenting the Civil Rights Movement, he also captured the everyday lives of African Americans in Memphis, providing an important record of the vitality and history of those communities. His descendants continue to honor and preserve Withers’ legacyfor future generations. 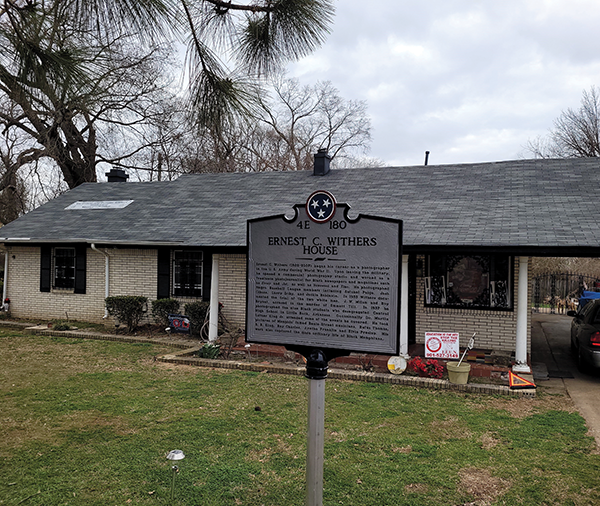