Susan Richardson Williams of Knoxville was appointed by Gov.Lee on January 7, 2022. A resident of Knoxville who was raised in Savannah, Tennessee, Ms. Williams is a graduate of the University of Tennessee. Ms. Williams brings decades of diverse experience in the public and private sectors in the fields of government and community relations to her new role on the THC board. She has served in the Cabine tof two Governors and on the staff of a third. She is a current board member and past president of the East Tennessee Historical Society. Williams is a former board member of the Tennessee Valley Authority (TVA), where her work in establishing a new land policy for that entity led her to being recognized as “Land Conservationist of the Year” by the Tennessee Wildlife Federation. Williams served on the University of Tennessee Board of Trustees for 12 years. In 2007 and 2008, Williams was recognized as one of the “Top 100 Most Powerful Tennesseans” in “Business TN” magazine. She is married to Dick Williams of Greeneville and has three grown children. She and Dick are currently raising their grandchildren Jordan and Janae. Williams enjoys genealogy, the beach, golf, reading, and politics. 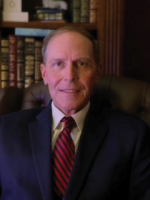 Brad Grantham of Bolivar was appointed by Gov. Lee on January 31,2022. Grantham chairs the Bolivar Historical Zoning Commission. He owns and operates a construction company, specializing in architectural design and build. Grantham focuses on historic preservation projects for residential and commercial buildings. He is also a former past president of the Association for the Preservation of Tennessee Antiquities. Grantham is also a Hardeman County commissioner and manager of the Art Moderne Luez Theater, which he restored in 2018. As founder of the Bolivar Historical Society, he and his wife Elizabeth recently purchased and are in the process of restoring The Pillars, the former home of the prominent Bills/Polk family. The circa 1820s home is located in Bolivar and is listed on the National Register. 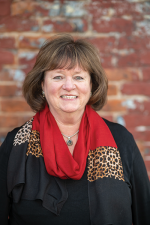 Laura Todd of Collierville was appointed by Gov. Lee on February 28, 2022. Todd is the Principal for Downtown District Consulting and has over 20 years of experience with the Main Street Program. She served for over 15 years as the executive director of Main Street Collierville, where during her tenure the city was recognized by Parade Magazine as the “Best Main Street in America.” She has served as the chair of the Shelby County Historical Commission, on the Collierville Historic District Commission, and is the past president of the Leadership Collierville Board of Trustees. A graduate of the University of Mississippi, Todd and her husband are the parents of Trey, a licensed civil engineer in Murfreesboro. 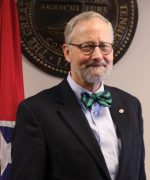 Dan Pomeroy of Nashville was appointed by Gov. Lee on June 16, 2022. Pomeroy retired in 2021 after 45 years at the Tennessee State Museum, as the longtime chief curator and director of collections. He began his career at the State Museum in 1977, after serving as Deputy Director of the Tennessee American Revolution Bicentennial Commission. Pomeroy attended the Citadel and holds a Bachelor of Science and Master of Arts in College Teaching in History, with an emphasis in Southern U. S. History, from the University of Tennessee at Knoxville. He is a former president of the Tennessee Association of Museums (TAM) and the Tennessee Historical Society. Born in Oak Ridge and raised in Kingsport, Pomeroy has three grown children, Melinda, Robert, and Will. 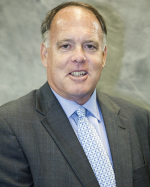 Reggie Mudd of Gallatin was appointed by Gov. Lee on June 16, 2022. Mr. Mudd and his wife Mary Anne own multiple historic buildings and other properties in Gallatin. He is a native of Bardstown, Kentucky, and a graduate of Centre College. In 1997 Mr. Mudd retired from Cracker Barrel as Senior Vice President of Operations/Chief Operations Officer. In 2011, he was appointed by Gov Bill Haslam as the regional director for Economic and Community Development for Northern Middle Tennessee. A former president of the Gallatin Noon Rotary Club, he has received numerous honors, including being twice named as Gallatin Citizen of the Year. Mudd is a Class of 2013 graduate of Leadership Middle Tennessee, and he is a former board member and vice chair of the Tennessee Preservation Trust. He and Mary Anne have a grown son, Nick, and a two-yearold granddaughter, Elsie Jo.

In addition to the appointed members, new ex officio member, Tennessee State Library and Archives Director James Ritter, assumed his position in July. Ritter, who replaces Chuck Sherrill, served previously for eight years as the State Librarian of Maine. He is currently on the Board of Trustees for the Chief Officers for State Library Agencies.