Section TN53 North 1A describes a heterolithic channel-fill some 100-meters long and 4-5-meters thick; this channel-fill has a minimum aspect ratio of 22:1.  The fill is at least 80% siliciclastic mudstone with dispersed crinoid grains; however, there is enough crinoid grainstone present to define the steeply inclined southern margin and portions of the basal erosion surfaces.  Five different stratigraphic units comprise this channel-fill:  A1, A2 (the thickest and most extensive crinoid grainstone), B1, B2 (the major siliciclastic mudstone fill), and B3; see Section TN53 North 1A.  Crinoid packstone unit C is a sheet-like deposit that disconformably overlies this channel-fill. 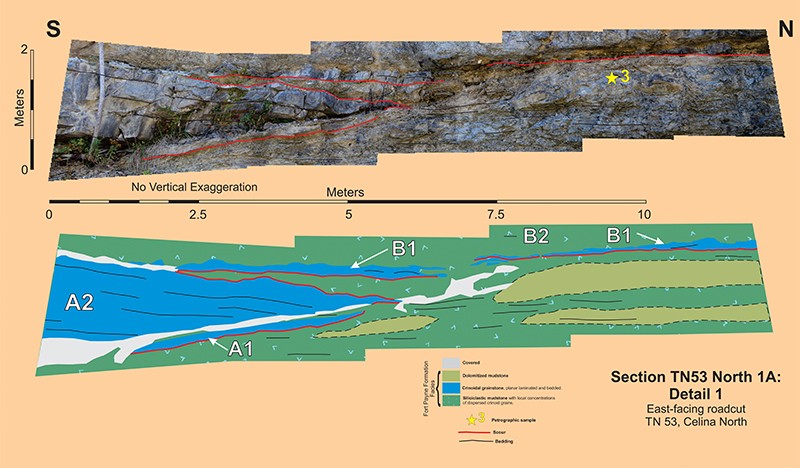 Channel-fill sequence B is the predominant unit exposed in Section TN53 North 1A and consists of three separate units:  a) the decimeter-thick, basal crinoid grainstone B1 which occurs immediately above an erosion surface, b) the 4-5 meter-thick, middle siliciclastic mudstone B2 which comprises the vast majority of sequence B, and c) the up to 2 meter-thick, upper crinoid packstone B3 which is organized into gently inclined beds.  These B3 crinoid packstones have an internal structure similar to the classic Bouma turbidite, see Section TN53 North 1A-sample 1. 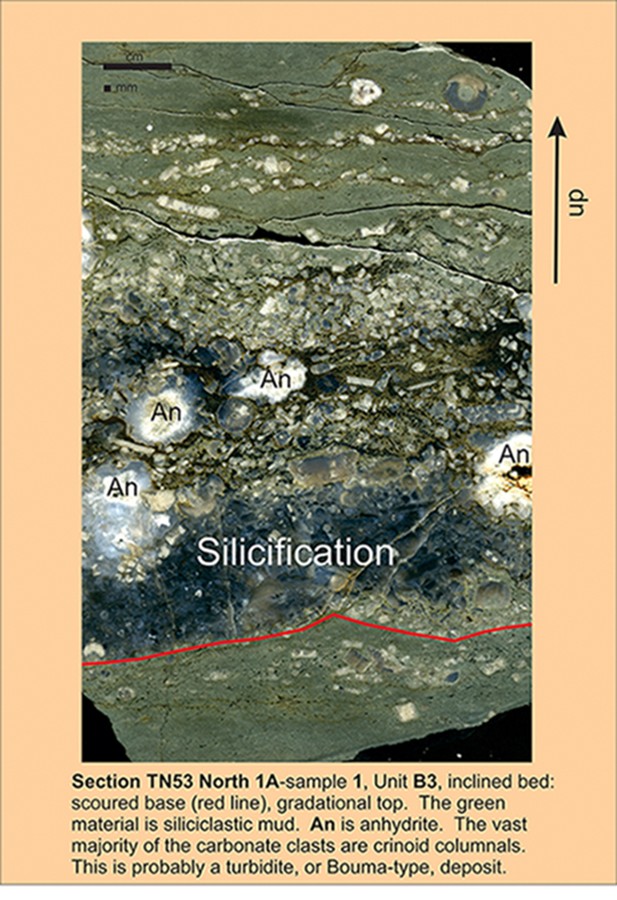 Section TN53 North 1B is located on the opposite side of TN53 some 20-meters to the east.  The channel-fill consists of the following:  a much thicker unit A2, a thinner unit B2, and a unit C of essentially the same thickness; the contacts between these units are covered.  Planar bedding characterizes the two bedsets of Unit A2.  Measured perpendicular to bedding, unit A2 in section 1B is much thicker than its counterpart in section 1A, 4.5 meters minimum versus 2.5 meters maximum.  This difference suggests that unit A2 could have been deposited in a body similar to a fluvial point bar that was thinning as it curved to the north. 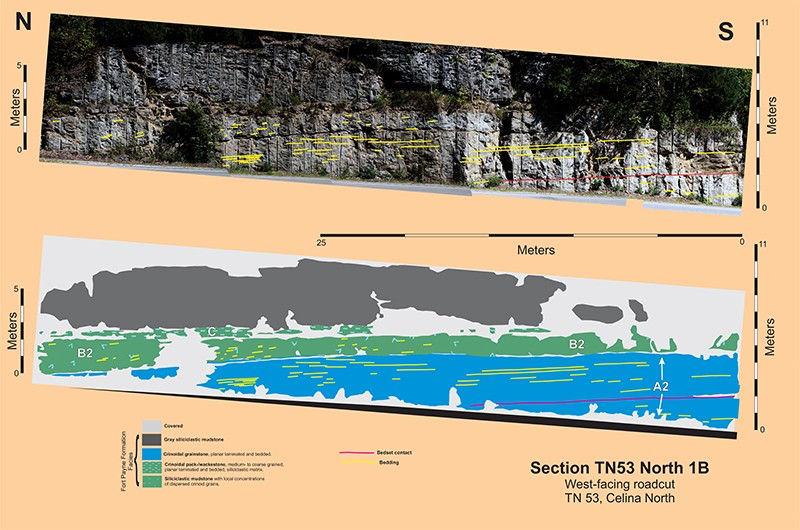