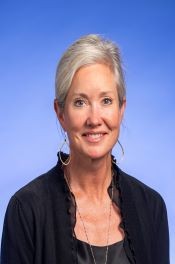 Jamie Woodson has been at the forefront of Tennessee’s work to increase student success across the state for nearly two decades - serving first in the Tennessee General Assembly and later as executive chairman and CEO of the State Collaborative on Reforming Education (SCORE). Today, as the founder and principal of TriStar Strategies, LLC, Jamie serves as Senior Advisor to The Ayers Foundation, the John M. Belk Endowment, the Haslam 3 Foundation, and SCORE.

During her legislative career, Jamie chaired the Senate Education Committee, served as Senate speaker pro tempore, and spearheaded efforts to identify and support effective teaching, raise academic expectations, turn around low-performing schools, and support student-focused innovation. In addition, she was a key leader in Tennessee’s work to transform public higher education by aligning Tennessee’s postsecondary system and the state’s economic goals through changes in academic, fiscal, and administrative policies.

Jamie earned her bachelor’s degree and juris doctorate from the University of Tennessee, Knoxville. She was selected as a “Torchbearer”, the highest honor a UTK undergraduate can receive