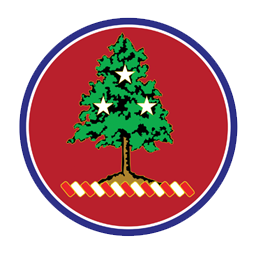 The Tennessee National Guard has participated in every major war in which America has engaged from the Battle of King’s Mountain to Operation Enduring Freedom and Operation Iraqi Freedom. Elements of Headquarters, 30th Troop Command hold the lineage of the 30th Infantry Division which was acknowledged as one of the outstanding components of the American Expeditionary forces during World War I. During World War II the division was one of the most highly decorated units of the war and the German High Command regarded the 30th (Old Hickory) Division as “Roosevelt’s Shock Troops”. Units of the 30th Troop Command were among the first units activated and deployed to Southwest Asia for Operation Desert Shield and were some of the last units returning home after Operation Desert Storm.