Mulch is a layer of material, generally organic in nature but it can be inorganic, that is applied to the surface of soil as a cover. Some materials can be used “as is”, but most require mechanical processing such as grinding, chipping, or shredding.  There are a number of different benefits to using mulch as a soil cover; it can:

Some mulch (such as straw, peat, sawdust and other wood products) can initially have a negative effect on plant growth due to the imbalance created in the carbon to nitrogen ratio by bacteria and fungi decomposing the materials (which removes nitrogen from the surrounding soil for growth).

The application of mulch is called mulching. Recommendations vary on how deeply mulch should be applied to a given area, but range from two (2) to four (4) inches deep.

Mulch can be applied at various times of the year to achieve varying goals.

Difference Between Mulch and Compost: 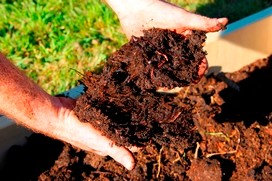 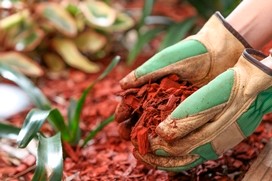