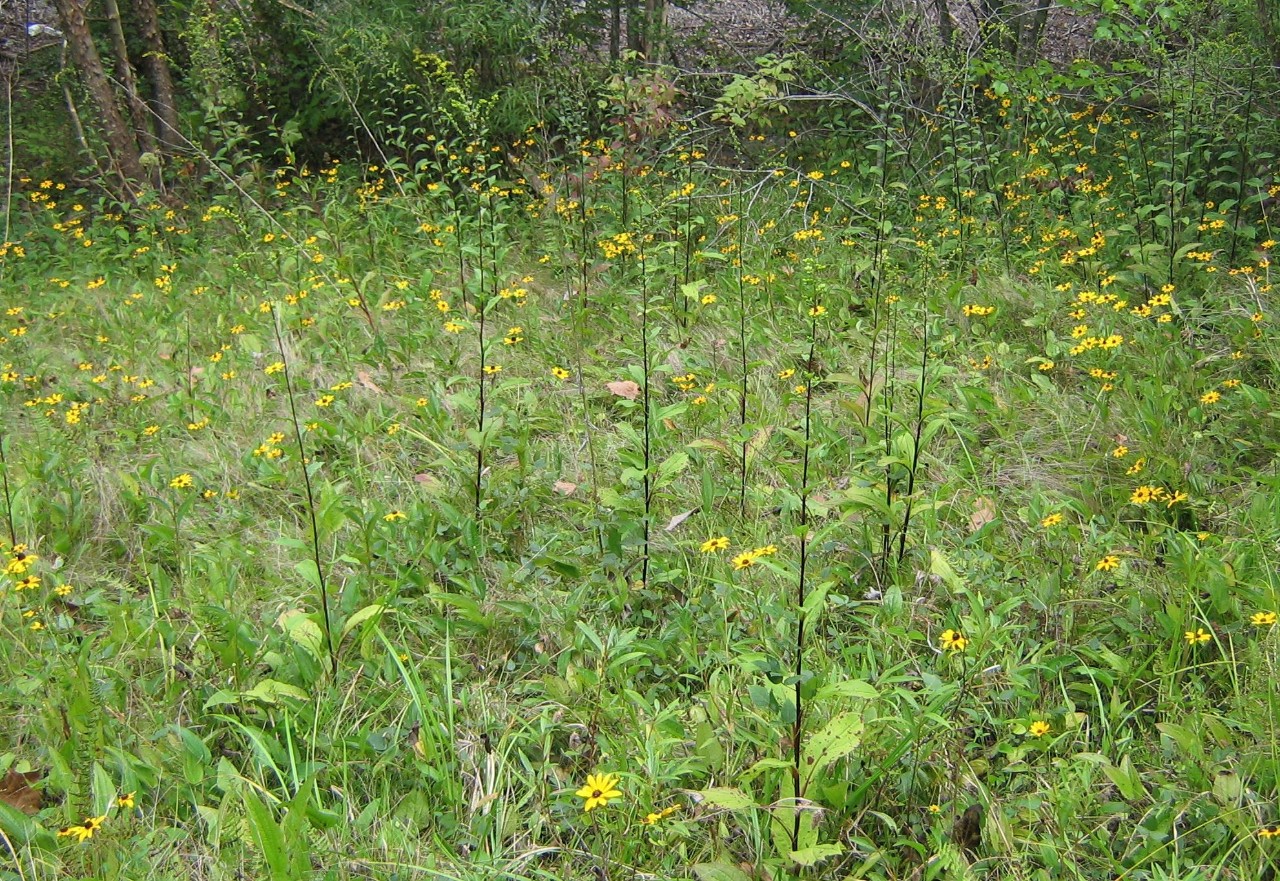 Langford Branch is a 23-acre natural area in Lewis County owned by the Swan Conservation Trust. It is significant because of the occurrence of a population of the federally endangered Tennessee yellowed-grass (Xyris tennesseensis), which is found in a small seep on the property. The seep is formed from a Paleozoic deposit of gravel and sand in a calcareous matrix, bounded over and beneath by shale. Tennessee yellow-eyed grass is one of the rarest plant species in the state and is known only from locations in Lewis County. It occurs outside of Tennessee in only a few places in Georgia and Alabama. Tennessee yellow-eyed grass was first described to science in the 1980's from plants collected at Langford Branch by Dr. Robert Kral, who at the time was a professor of botany at Vanderbilt University.

Langford Branch is a small hilly area that is mostly under an oak-hickory forest canopy. The steepest slopes support a good example of a small barrens grassland community with little bluestem and many species of legumes and sunflowers present. These steep slopes are underlain by cherty Fort Payne limestone outcropping with eastern red cedar, post oak, and few other tree species growing where soils permit. The seep community occurs in an open area and is referred to as a Parnassia seep. The rare state-listed Grass of Parnassas (Parnassia grandifolia) covers large areas of the seep. It is easy to identify because of its large round shaped leaves. The rare shorted-headed rush (Juncus brachycephalus) also occurs in this seep. This Parnassia seep community is ranked as a globally rare community type.

Closed to the Public
Because of the small size and sensitive nature of the site, there is no public access provided, and visiting the site requires permission by the State or Swan Trust.