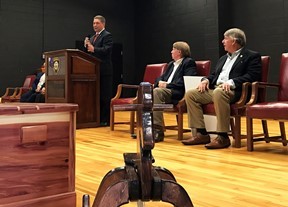 DENMARK – This week over 200 Correctional Educators from across the state attended the 2019 TDOC School District Conference held at the Madison County Sheriff’s Department Training Facility.  During the three day conference, educators from TDOC and Core Civic facilities participated in training and workshops to help prepare them to become more effective in the classroom.

On the last day, Commissioner Tony Parker closed out the event by speaking to the educators about how important their work is to the mission of the Tennessee Department of Correction (TDOC).  “Education gives you access to higher paying jobs, access to a living wage, and access to opportunities that would otherwise to the people that we serve, be unavailable.  This goes further than impacting the offenders. Education positively impacts public safety in Tennessee.  Offenders who take prison education programs are 46% less likely to come back to prison.  Another study shows that offenders enrolled in college classes have 75% fewer disciplinary infractions while in prison.  That means behavior is being changed resulting in safer facilities and ultimately safer communities.”

Commissioner Parker went on to say that educators in the room are delivering hope.  “The people that work in our facilities each and every day have the biggest impact on the offenders that we turn out,” said Commissioner Parker.  “As your commissioner, I say thank you for that and I realize the difficult position you are in and the jobs you have and I salute you all today and thank you for what you do.  Please don’t underestimate the importance of the work you do.  Whether or not we are successful depends on the people in this room because those who come to us often times lack high school education or vocational trade of some kind that can help them be successful when they get out.”

Joining Commissioner Parker were several other local dignitaries, such as Senator Ed Jackson, Jackson City Mayor Jerry Gist and Madison County Sheriff John Mehr who also attended the event to personally thank the educators for the work they do within the institutions. 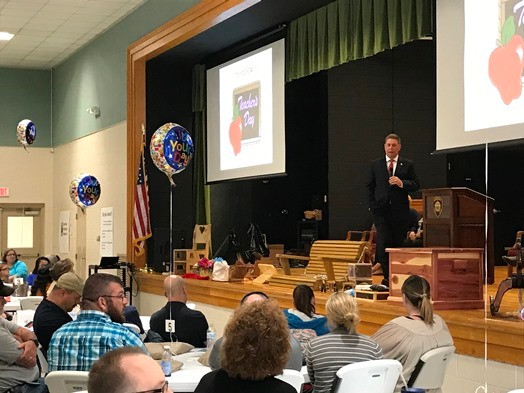