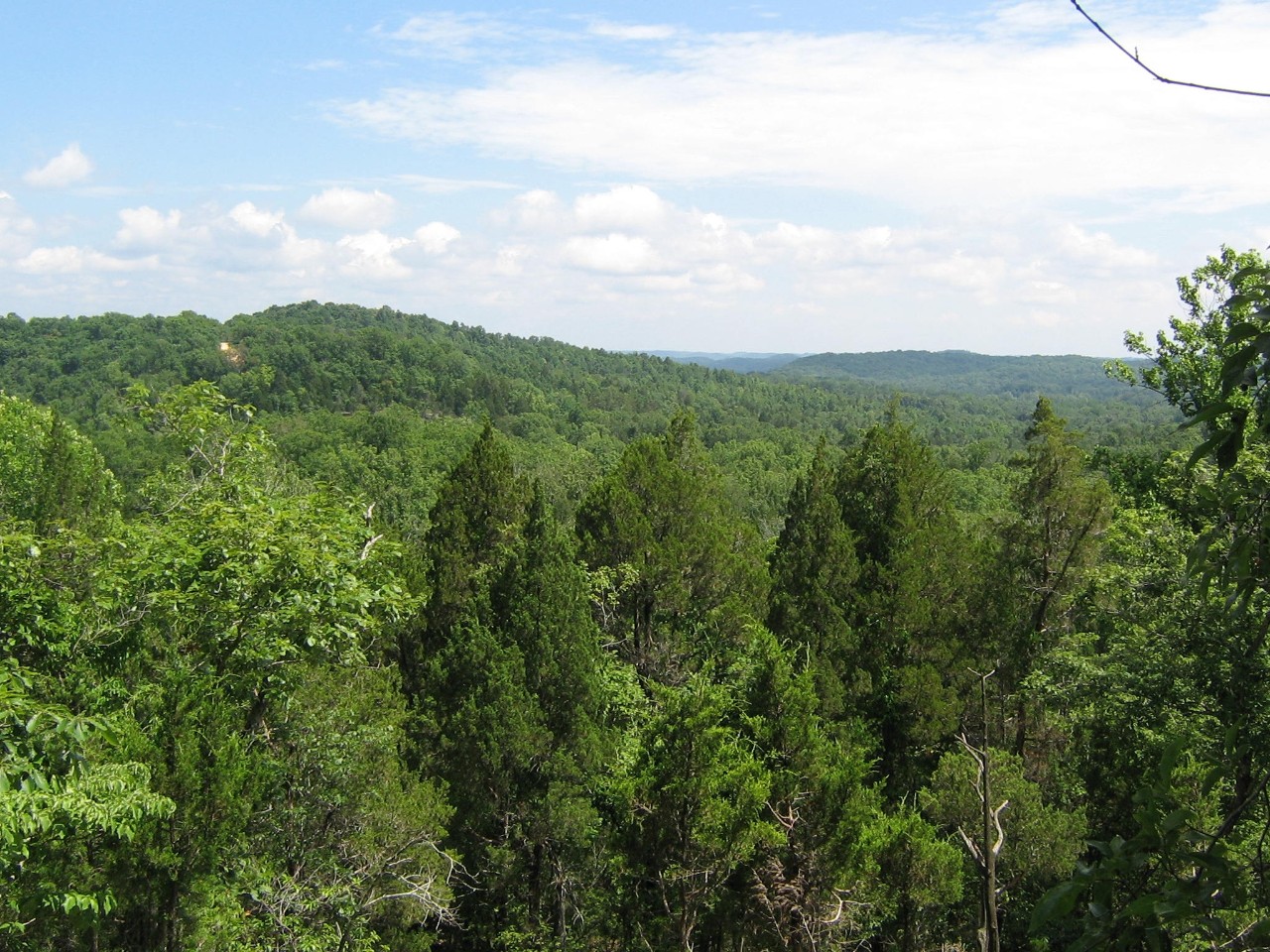 Carroll Cabin Barrens is a 250-acre natural area located near the Tennessee River in Decatur County. The previous owner, Weyerhaeuser Company donated the property to the State. The property was designated as a natural area in 2002. Carroll Cabin Barrens is a series of dramatic Silurian-aged limestone glades and barrens. The glades and barrens are well developed and occur in longitudinal bands on the hillsides above the Tennessee River. Little bluestem (Schizachyrium scoparium) dominates the open, gravelly portions of the glades as well as the margins. Forbs, unique to the glades and barrens complex, grow sporadically in open glades and congregate around the barren periphery. The surrounding woods are a mixture of hardwoods of varied ages with the edges of the glades dominated by stunted eastern red cedars (Juniperus virginiana). The most common forest is an oak-hickory with shortleaf (Pinus echinata) and Virginia pine (Pinus virginiana).

Carroll Cabin Barrens is located in the Western Valley of the Tennessee River, which is recognized by some experts as a separate physiographic region with a unique flora. The Silurian glades and barrens are floristically similar to but lack the endemism associated with Middle Tennessee glades. There are several state rare plants considered disjunct from the Southern Great Plains and Ozarks found at Carroll Cabin Barrens that give an interesting western affinity to the flora. Rare plant species found at Carroll Cabin Barrens include the state-threatened barrens silky aster (Aster pratensis), hairy fimbristylis (Fimbristylis puberula), and slender blazing star (Liatris cylindracea), and state special concern blue sage (Salvia azurea var. grandiflora). The Silurian limestone outcroppings in the Western Valley are considered some of the most extensive in the un-glaciated United States. This glade/barrens complex is classified as a Western Valley Limestone Hill Barren community and is considered a globally imperiled community.

In 2005, the State was approached by Decatur County Parks Department seeking to improve public access to the property. Through this partnership, a parking area, kiosk, and trail were installed and officially opened in the summer of 2006.

Open to the Public - Full Access. A parking area is provided at the intersection of Smith Gravel Pit Road and Carroll Cabin Lane. An approximately 2.5 mile trail leads from the parking area to two of the glades, an overlook, and a large forested portion of the natural area before looping back to the parking area.

From Interstate 40, exit at U.S. Hwy 69/641 (exit #126). Go south through Parsons (crossing Hwy 412) and Decaturville (crossing Hwy 100). After the 4-way stop at Hwy 100, go approximately 11 miles. Turn left on Bob's Landing Road and continue for about 1 mile then turn right on Smith Gravel Pit Road. The parking area is one mile on the right side of the road.