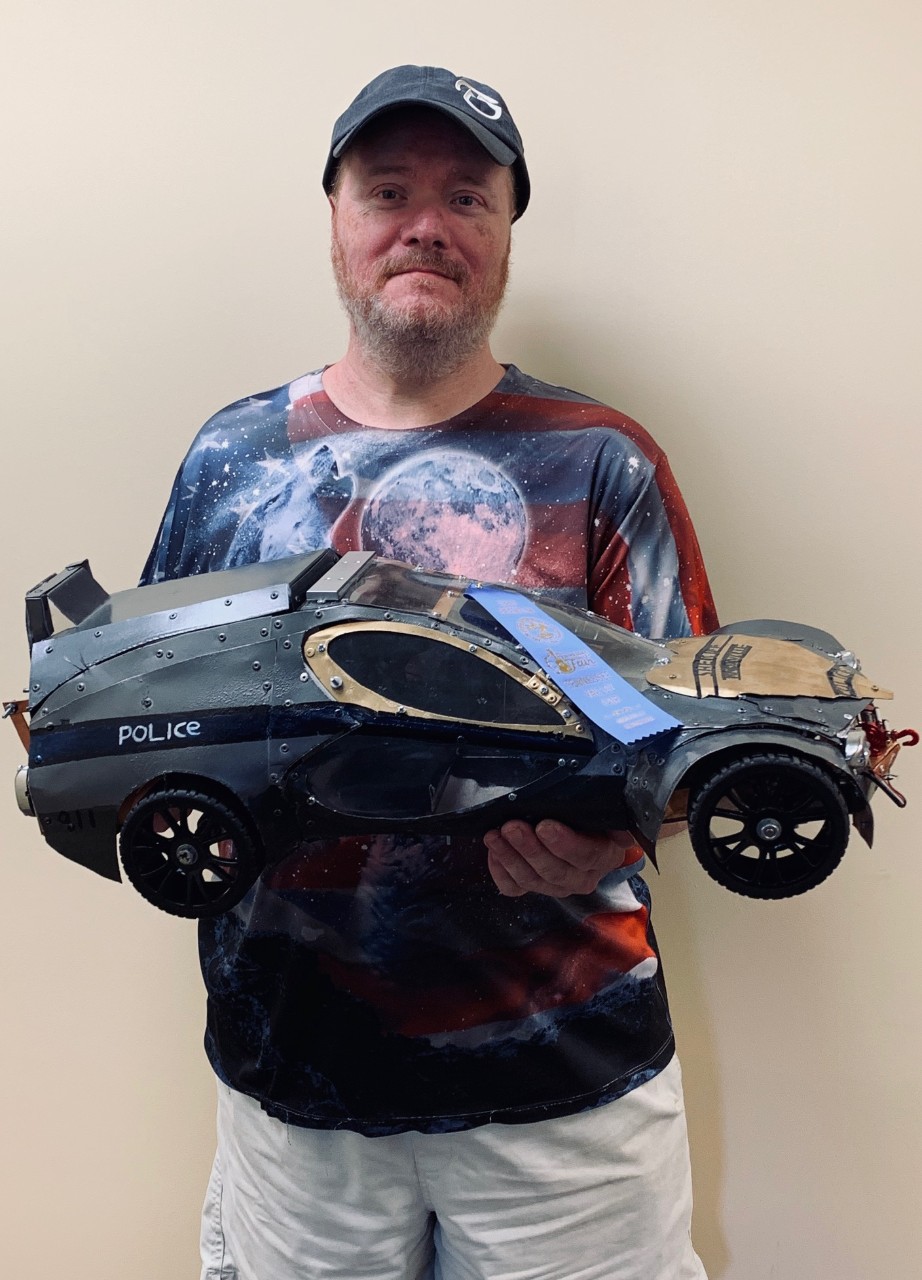 Art comes in many shapes and forms. For Knoxville native Brent Redmond, it comes on four wheels.

There are no off-the-shelf model-car kits in Brent’s workshop. His replicas are absolute works of art, complete with hand-sewn leather seats, “suicide” doors that open automatically, and functioning windows. Brent uses a huge range of skills to build his model cars, which are sometimes up to three feet in length.

The artist begins by developing the design for his vehicle using one of several methods: searching the internet for ideas, studying information from car dealerships, or, more frequently, using his imagination to create concept vehicles with futuristic features. His craft is so absorbing, Brent often spends several hours each day in his workshop. He devotes extra time to making sure the finish stands out, with vibrant colors like candy-apple red with flecks of gold. Pearlescent black diamond and metallic silver are two of his favorites.

Brent enjoys the challenge of buying materials and beginning projects from scratch. He and his personal assistant, Kimberley Kerr, regularly visit local hardware stores and hobby shops, and Brent has built lasting relationships with employees at several suppliers. Brent and Kim recently spent the day in Pigeon Forge for the annual Fall Rod Run, where Brent decided his next vehicle would be a street-rod replica.

This past March, a jury presented Brent one of four Silver Easel awards for outstanding creativity, expression, and design at the “From My Perspective: An Exhibition for All Artists” event hosted by Trousdale School in Cleveland, Tennessee.

Most recently, Brent won first prize as a TVA & I Fair exhibitor with his ultramodern version of a Knoxville Sheriff’s Department cruiser, which featured a working red and blue light bar and front wench. In October, Brent was invited by Sheriff Tom Spangler to display his art at the Knox County Sheriff’s Department.

Brent has no intention of putting the brakes on his craft, and plans to expand his designs and exhibiting. For Brent, his art is an avenue of expression, and a way to connect with car enthusiasts worldwide.