Recognizing excellence within the workers' compensation system in Tennessee 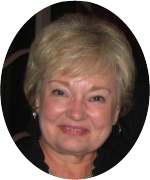 The Tennessee Bureau of Workers’ Compensation is accepting nominations for the third annual Sue Ann Head Award for Excellence in Workers’ Compensation. Nominees must have been involved in the Tennessee workers’ compensation system for a minimum of five years in one of the following categories: employer or employer’s representative, employee representative, service provider, claims professional, medical provider, or legal profession.

Nominations will be judged on the nominee’s overall service based on the quality and impact on Tennessee’s workers’ compensation system. That impact may have resulted from a single action that had a notable effect or from a sustained record of positive contributions over the nominee’s career. The work should reflect the Bureau’s mission of fulfilling the promise of workers’ compensation. Nominations will be judged by a panel of leading industry professionals.

Nominations will be accepted through Tuesday June 15, 2021. Announcement of the recipient of this award will be made during the 24th Tennessee Workers’ Compensation Education Conference at the Embassy Suites Nashville SE in Murfreesboro.

Questions about the nomination process should be directed to Ms. Janie Dorris at Janie.L.Dorris@tn.gov.

Ms. Sue Ann Head, former Administrator of the Division of Workers’ Compensation until February 2011, led with her mind and taught with her heart. Born in Davidson County, TN, she attended college at Tennessee Tech University in Cookeville, TN. Her career with state government spanned more than 45 years: Beginning in 1966 as a secretary, then later appointed as assistant director in 1979, and director in 1982. For 30 years, she lead the Tennessee Workers' Compensation Division through reforms in 1992 and 2004 which led to the implementation of several programs like Benefit Review, Case Management, Utilization Review, Uninsured Employers Fund, and many more. Her service to this industry was not limited to state government. Sue Ann served on the Executive Committee of the Southern Association of Workers’ Compensation Administrators and then as the President in 1991. She also served on the Board of Trustees for the International Workers’ Compensation Foundation, Inc. (IWCF). Sue Ann passed away in May of 2018.