Steve Hawkins is the Deputy Commissioner of Employment Safety and Security for the Tennessee Department of Labor and Workforce Development. Hawkins is responsible for the oversight of the Tennessee Occupational Safety & Health Administration (TOSHA), Workplace Regulations & Compliance (WRC) and Unemployment Insurance (UI) divisions.

Hawkins most recently was the Assistant Commissioner for TOSHA, a position he was appointed to in 2012. He has been with the Department since 1986, beginning his career as an occupational safety specialist and subsequently serving as an area office safety supervisor, safety compliance manager, and as the assistant administrator of the program.

A four-term member of the Federal OSHA Advisory Committee for Construction Safety, Hawkins also serves on the Manufacturing and Engineering Technology Advisory board at his alma mater, Tennessee Technological University, where he earned Bachelor Science degree in Business Administration.

Deniece Thomas is the Deputy Commissioner of Workforce Learning and Development for the Tennessee Department of Labor and Workforce Development. Thomas is responsible for the oversight of the Workforce Services, Adult Education, and WIRED divisions.

Thomas is a 2014 Graduate of LEAD Tennessee Alliance 5. She holds a Master of Arts degree in Civic Leadership from Lipscomb University in Nashville and a Bachelor of Science degree from the University of Alabama Birmingham. She is a member of the Alpha Kappa Alpha Sorority, Inc.

Wendy Fisher was appointed Assistant Commissioner for the Tennessee Occupational Safety and Health (TOSHA) in May 2019. Fisher most recently served as Assistant Administrator of the division.

Fisher began her career with the Department of Labor and Workforce Development's TOSHA division in August of 1992 as a Safety Compliance Supervisor in April 1999 and Safety Compliance Manager in March 2001. Fisher was responsible for the oversight of all safety inspections conducted in four area offices across the state. In that role, her duties included reviewing reports from each safety inspection conducted for consistency and accuracy. Fisher supervised four safety compliance supervisors and an administrative support staff person, along with indirectly supervising nine compliance officers.

Fisher earned a Bachelor of Science in Industrial Technology from Middle Tennessee State University. Her extensive career with TOSHA includes completing in excess of 14 training courses and/or programs and she has conducted over 50 seminars on safety topics such as lock out/ tag out (LOTO), electrical safety, fall protection, master loggers safety, the top 25 most cited standards, in addition to the OSHA 10 & 30 hour courses.

Ian White was appointed Assistant Commissioner of the Adult Education division in 2017.  He began his career with the Department of Labor and Workforce Development as the Director of Performance and Compliance for that division. In this role, White handled reporting requirements for local adult education programs; ensuring data was captured properly for federal reporting.  During that time he also led the team that monitored the local programs, to make certain all grantees abided by, and remained in compliant with, state and federal requirements.

Before working with the Adult Education division, White served as an Appeals Hearing Officer for Unemployment Appeals unit in the Department’s Employment Security division.  In this role he reviewed and made decisions on appeals of unemployment benefits decisions.

Prior to his coming to Tennessee state government, White worked with the University of Mississippi Medical Center, where he analyzed legislation during the Mississippi legislative session to determine any possible impact on the hospital.

White graduated Freed Hardeman University with a Bachelor of Arts in History and minor in Political Studies.  He later earned his Juris Doctor degree from Mississippi College School of Law.

Prior to working for the state of Tennessee, Hudgens served the city of Knoxville as Risk and Benefits Manager, and later Davidson County, as Risk Manager.  She spent six years as the public sector representative on the Tennessee Workers’ Compensation Advisory Council while in Knoxville.

Hudgens left government for a brief time and provided consulting services through a private practice, The Hudgens Group.

In 2015, Hudgens was honored with the IAIABC’s Frances Perkins Award, named after the former U.S. Secretary of Labor and IAIABC president.  In 2017 she received the WorkCompCentral Comp Laude Award, recognizing her as an industry leader. 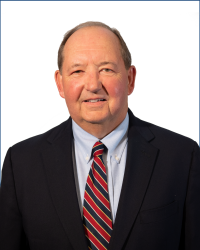 Tom Herrod is the Assistant Commissioner for the Workplace Regulations and Compliance division in the Tennessee Department of Labor and Workforce Development.

Herrod started his career with Tennessee state government in 2010 when he joined the Tennessee Occupational Safety and Health Administration (TOSHA) as an Industrial Hygienist 1. He worked his way to Industrial Hygienist Supervisor in 2014. The following year Herrod was named Manager of Public Sector, a position he held until he was appointed Assistant Commissioner in May 2019.

Before joining the state of Tennessee, Herrod was a Chemical Engineer with the DuPont Company for 36 years.

Herrod earned a Bachelor of Engineering in chemical engineering from Vanderbilt University in Nashville.

Rusty Felts was appointed Assistant Commissioner of the Employment Security division in 2016.

He is an 18-year veteran of the department’s unemployment insurance program.  Felts started as an interviewer and later moved to the claims center where he was a trainer, supervisor, manager, and eventually the Director of Claims Operations.

He is a recent graduate of LEAD TN, a Tennessee Department of Human Resources-sponsored statewide leadership program.

Felts is an avid outdoorsman.  He and his wife Desiree have three children. 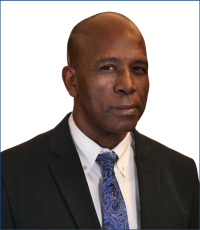 Fred Gaston is the Assistant Commissioner of Human Resources. Before coming to the Department of Labor & Workforce Development in 2013, Gaston served as the director of human resources for the City of La Vergne and SRS, Inc.

Gaston served on the state of Tennessee Learning and Development Council; he is part of the state’s Black Belt Leadership Program and a graduate of the Tennessee Government Executive Institute.

Lisa Howard is the Assistant Commissioner of the Department’s WIRED.

WIRED is an acronym for Workforce Insights, Research and Reporting Engine Division, which encompasses the functions of the division that was formed in 2017.  WIRED uses data collected by the Labor Market Information (LMI) unit, the Jobs4TN website, and the Customer Success Team to determine strategy and drive evidence based decisions for the Department.

Prior to her current role, Howard was the Assistant Commissioner for the Department’s Information Technology division.  In that position she led a team of 50 highly skilled IT professionals, providing the computer hardware, software, programming and maintenance to meet the business needs of the agency.

Howard has a distinguished 30-year career with the state of Tennessee.  She previously served in leadership positions with the Comptroller of the Treasury, Finance and Administration, and Department of Education.

Andy Summar is the Assistant Commissioner for Finance, Fiscal & Facilities for the Tennessee Department of Labor and Workforce Development.

Summar is a certified public accountant with over fifteen years of experience in the accounting and auditing fields. Summar takes pride in providing customer service to management, and he specializes in financial accounting, process improvement, and internal controls.

Summar is a strong believer in teamwork and continuous process improvement.  He previously worked as a staff auditor and senior auditor with the Comptroller of the Treasury, Division of Tennessee State Audit and most recently as a Department Controller with the Department of Finance Administration.

A devout UT fan, Summar loves anything Tennessee and bleeds orange.  He also enjoys spending time with his family, sports and exercising. He is a graduate of Middle Tennessee State University where he earned a Bachelor’s of Business Administration (BBA) in Accounting.

Kenyatta Lovett, Ph.D. was appointed Assistant Commissioner of Workforce Services with the Tennessee Department of Labor and Workforce Development (TDLWD) in August 2019.

Lovett brings to the Department diverse experience in workforce development, as well as secondary and postsecondary education. During his career, he has garnered national recognition as a leader and subject matter expert in those fields.

Prior to joining TDLWD, Lovett served as Executive Director of Complete Tennessee; the first statewide advocacy organization focused on raising college completion and degree attainment in Tennessee. Under his leadership, the organization created programs to foster local ownership of the state’s progressive reforms in higher education.

Lovett’s past career experience includes time as the Assistant Vice Chancellor for Community College Initiatives for the Tennessee Board of Regents. He also held the position of Chief Staff and executive assistant to the president of Volunteer State Community College.

Lovett earned a Doctor of Philosophy in Public Policy & Administration and Master of Business Administration in Supply-Chain Management from Tennessee State University and a Bachelor of Fine Arts from Howard University in Washington, D.C.