Abbie Hudgens, Administrator of the Tennessee Bureau of Workers’ Compensation was recently recognized as the 2017 recipient of the Industry Leader, Comp Laude® Award.

The Comp Laude® Awards honor various individuals for their contribution to the world of workers' compensation.

Abbie tells her story on how she first got involved with workers’ compensation during an interview that WorkCompCentral conducted to congratulate her on her award.

“If you treat the injured employee correctly by providing good medical care and assurance that they are not going to lose their job, you will actually save money in the long run.” - Abbie Hudgens 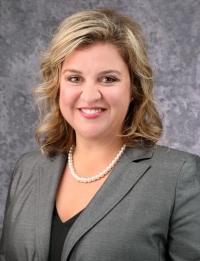 Amanda Terry was appointed as Director of Compliance on October 1, 2017. She had previously served the Bureau as a mediator where she handled mediations of temporary benefits, as well as permanent benefits for the Bureau, prior to those cases going into litigation. In her new role, she works to help enforce compliance with workers’ compensation laws among Employers.

In the short time she’s been director, we have already seen progress in reporting and collections. Two main priorities for Amanda and the compliance team are increasing the number of Employees covered under workers’ compensation insurance and maintaining a check on construction service providers.

Brian Holmes, director of mediation and ombudsman services for the Bureau of Workers’ Compensation, has received a NextGen award from the International Association of Industrial Accident Boards and Commissions. The inaugural IAIABC NextGen Awards sought to recognize new talent and leadership in workers’ compensation as the industry, like many others, moves to adapt and thrive in a changing world. Over 30 individuals under the age of 40 were nominated for NextGen, and 11were selected as recipients.

Brian directs policy and leads 24 mediators and 5 ombudsmen as they help educate the public and resolve workers’ compensation disputes. He has helped thousands of injured workers, their employers, and insurance companies make informed decisions while resolving their workers’ compensation benefit disputes since 2004. He is currently focused on developing and implementing a new program to assist pro se litigants as they navigate the court system. Brian is a graduate of Volunteer State Community College, and of Middle Tennessee State University where he earned a Master’s of Arts degree in Economics and Industrial Relations. He is also a graduate of the Tennessee Government Executive Institute at the University of Tennessee.

“The work Brian and his team do has a tremendous impact on Tennesseans who have work-related injuries,” said BWC Administrator Abbie Hudgens. “They help resolve disputes sooner and more positively, and provide assistance to unrepresented workers to understand workers’ compensation so they can get the benefits to which they are entitled.” 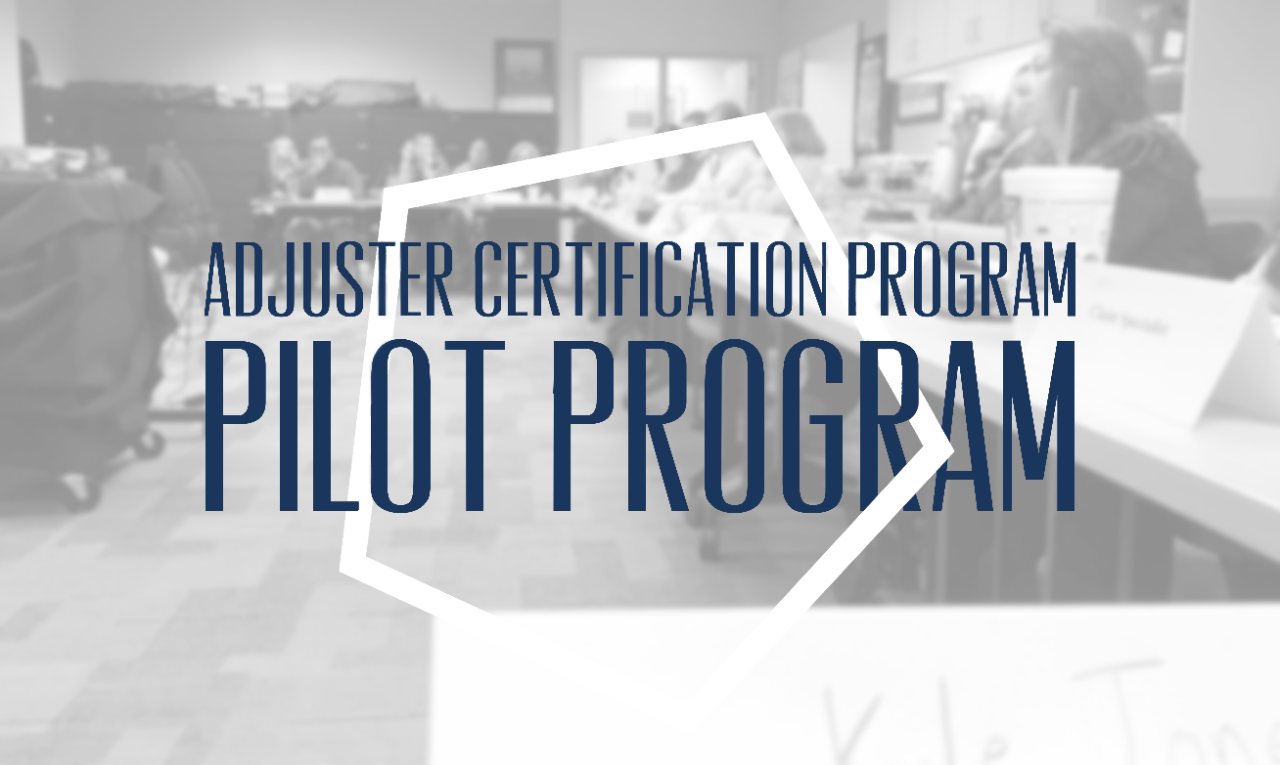 As a designer, I have learned a very important word: iteration. It's not just a repetition, but a relentless improvement with each new version of the subject. Such improvement is exactly what we at the Bureau are looking for in preparing for our first ever Adjuster Certification Program. We asked a few adjusters and Bureau employees to attend a pilot of the program in November.

This voluntary program will allow claim adjusters to have face time with the Bureau to better understand Tennessee's workers' compensation law and best practices. At the close of two full days' worth of sessions, a final exam will be administered. In the end, we see claims getting fairer treatment because workers’ compensation claims will be handled in a more uniform manner. More value and validity will be added to the program as more adjusters attend the program. This credibility will not only reflect on the individual, but to an adjusting entity as well. If over 60% of an adjusting entity has credited adjusters and 75% accredited supervisors, the Bureau will recognize that adjusting entity as certified.

One thing I'd like to clarify is that this program is not an "add-on" to an adjusting entity's new hire training, nor does this class tell adjusters how to do their job. Each session is targeted to workers' comp claim adjusters understanding of workers' compensation law. I went through the pilot training, and I assure you, this is no snoozer. The first session was a very entertaining, informative and fictional skit of a work injury and how it might have been handled by each party involved. This gave the entire class a great reference point so Bureau presenters could reference back to examples shown within the skit. Experts from each area of the Bureau spoke about the various programs provided from the perspective of the adjuster.

Since I am a rather new to the Bureau, I listened from a fresh perspective. So if you are interested in what kind of things you might learn from this training, here are my quick takeaways. 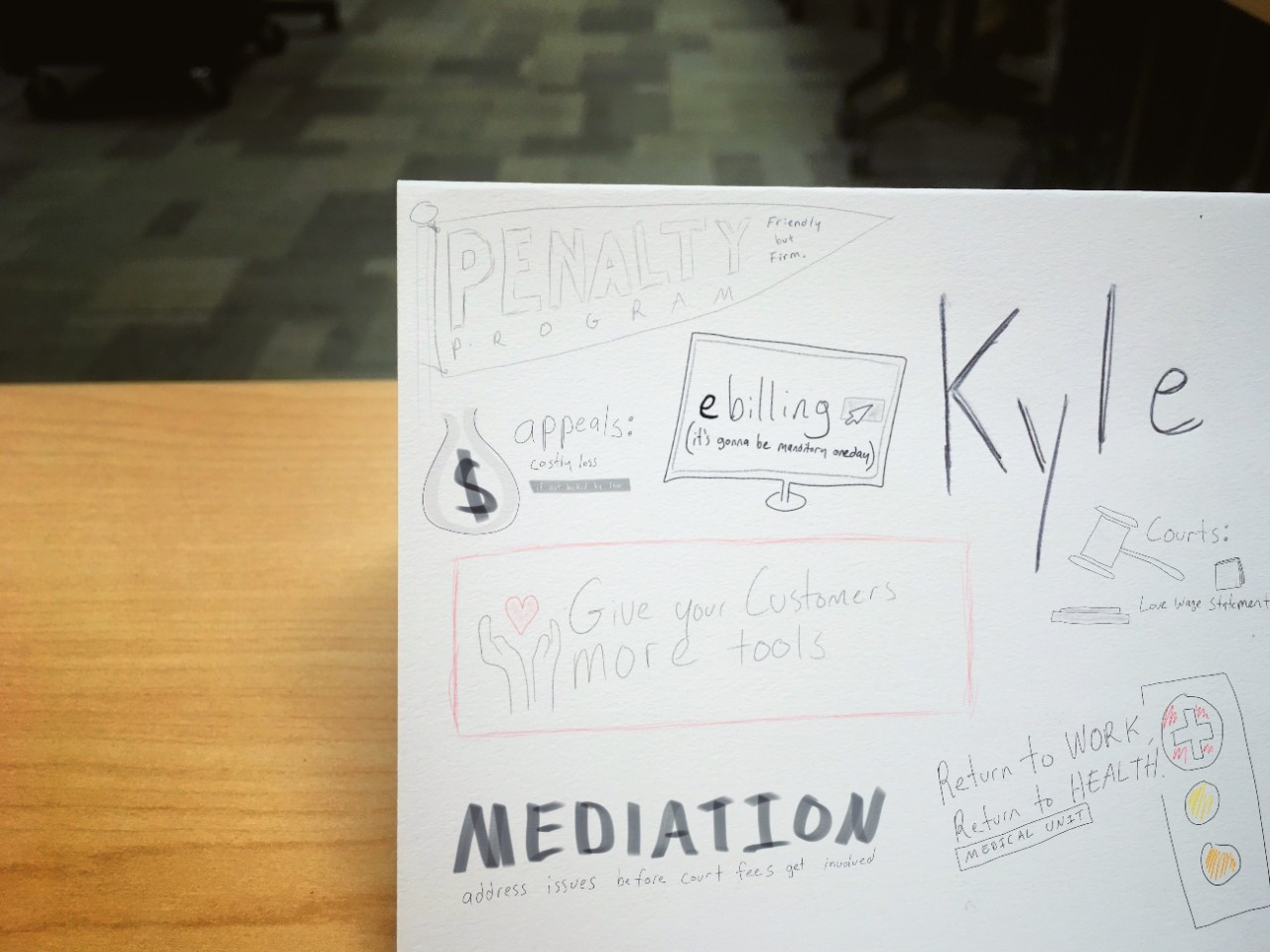 The discussions from the pilot class already get me excited for the launch of the program as I see gears spinning from both the adjusters and Bureau officials. A schedule of when and where the program will be held has not yet been finalized. When that schedule is ready, you will be able to find it on our website.

Updates from the Appeals Board

The Appeals Board has released brand-new material geared for pro-se litigants, including a video called "Navigating the Appeals Process in a Workers' Compensation Case". The nine-minute video covers the entire appeals process, giving viewers "a basic understanding of how to appeal, how to respond to an appeal, and the Appeals Board’s role in the process, along with a sense of what happens to a case once it is appealed," according to Presiding Judge Marshall Davidson. 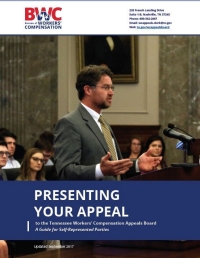 The new handbook for pro-se litigants developed by the Appeals Board covers the process in-depth. The handbook can now be found online.

Filled with information and images from actual appeals, the handbook is sure to be a big help to those considering an appeal.

It’s a Wonderful Life : The Best Movie Ever

written by Marshall Davidson, Presiding Judge of the Appeals Board

It’s a Wonderful Life , starring Jimmy Stewart and Donna Reed, is, of course, a classic. It’s about George Bailey (Jimmy Stewart), a small-town man whose life seems so out of control and desperate that he considers ending his life. He had always wanted to leave his town to see all the world has to offer, but circumstances and his own good heart led him to stay. He sacrificed his college education for his brother’s, kept the family business afloat, protected the town from a greedy banker, and married his childhood sweetheart and had four children. As he prepares to jump from a bridge into a freezing river, his guardian angel intercedes and shows him what life would have become for the town and the people he loved if he had never been born.

It’s a Wonderful Life isn’t just my favorite movie; it’s also my wife’s favorite movie. Consequently, our children have watched it every Christmas. The running joke in our family is that our kids have large parts of the script memorized. Actually, it’s no joke. They do.

Even though our children are now young adults, they dutifully return to our house at Christmas to watch It’s a Wonderful Life. The occasion has become a delightful tradition each of us looks forward to.
One of the main characters in It’s a Wonderful Life is Henry F. Potter, a wealthy, older man who is ornery, manipulative, and generally miserable. He’s the one who pushed George Bailey to the brink of killing himself. I developed a keen dislike for Henry F. Potter when I was a teenager. Decades later, I still don’t like Henry F. Potter. He treats people like furniture. He’s neither civil nor likable.

I recently received an invitation from a legal organization to participate in a “national conversation about civility” in the legal profession. When I graduated from law school, I would have never dreamed such a conversation would be necessary. But, sadly, the culture in which we live and work is often not very nice. Henry F. Potter would fit in nicely.

I have the privilege of participating in the American Inns of Court, a national group of judges, lawyers, and law school professors devoted to fostering excellence in professionalism, ethics, civility, and legal skills. We emphasize collegiality and impress upon the young professionals we mentor that it is normal, and often healthy, for judges, lawyers, and others to have disagreements about how the law should be interpreted and applied. At the same time, however, we emphasize that it is unnecessary, and often counterproductive, to be less than courteous and civil. We also impress upon these law school students and newly minted lawyers that their reputation for integrity, honor, and dignity, while paramount, can quickly be diminished by unnecessarily harsh words, disrespectful actions, or how they handle disagreement with others in the profession.

Disagreement, of course, is not limited to lawyers, and neither is the importance of handling it in appropriate ways. In some way or another, many of us in the Bureau spend much of our day helping people navigate disagreements, both large and small, that come in all forms.
Disagreement, though, doesn’t magically end at the completion of the work day. We all occasionally disagree with our family, friends, and others, on a host of subjects ranging from politics and world affairs (where incivility seems to reign) to what to have for dinner or how clean a teenager’s room should be. I’m not sure why, but for some reason it seems we save the most intense disagreements for the people we care about the most, and often over the most insignificant of things (I have considerable difficulty when someone uses a tool of mine and doesn’t put it back exactly where I had it; but that doesn’t qualify as petty, does it?).

It is one thing to disagree with someone. It is something else entirely to be disagreeable. The former is fine. The latter is why I don’t much care for Henry F. Potter.

There are lots of things in our lives over which we have little control. How we interact with other people is not one of those things. I’m reminded of that every time I watch It’s a
Wonderful Life , the best movie ever made. 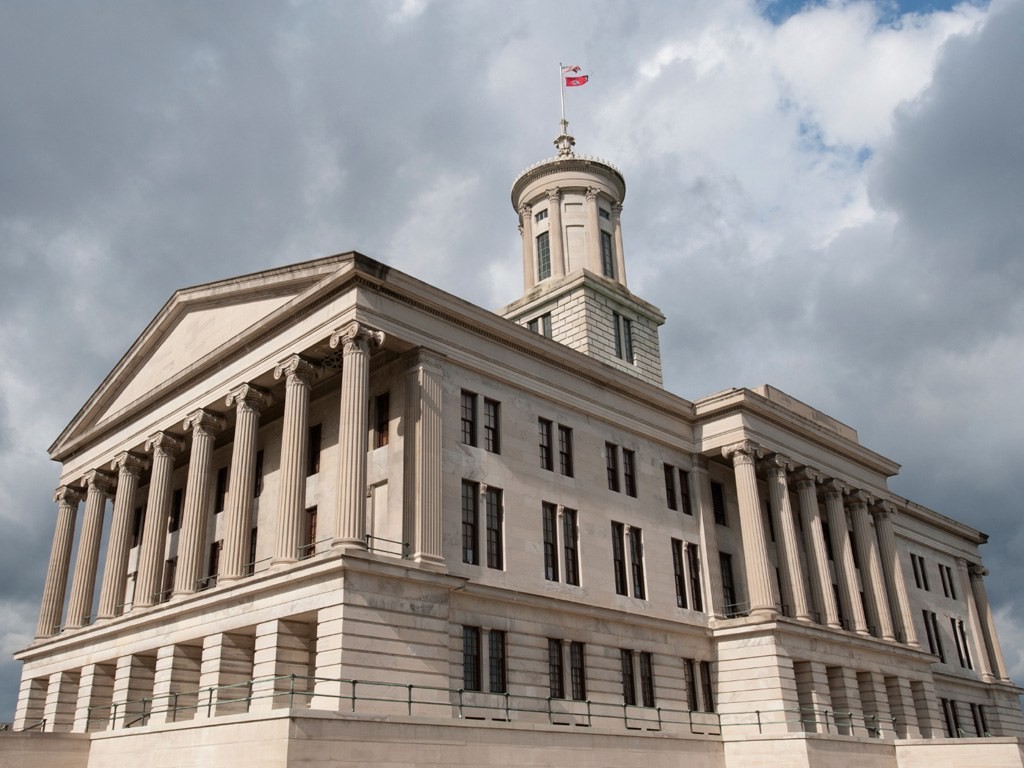 June 21, 2017: UEF/EMEEF Summit involving stakeholders from across the country for a discussion of the current issues concerning employers who fail to carry workers’ compensation insurance and those employers who misclassify employees as contractors.

June 30, 2017: Bureau’s Annual Report submitted to the members of the 110th General
Assembly. Download the report. 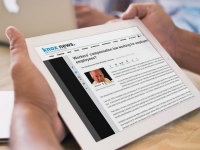 News Sentinel of Knoxville published an in-depth article that shows how Tennessee's decreasing workers' compensation rates could be a factor in making jobs higher in quality.

State offices, including Workers’ Compensation offices will be closed in observance of the
following holidays:

There will be no settlement approvals during office closures. From our family to yours, Merry Christmas and a happy New Year!