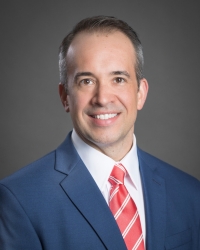 Josh joined the TBI after a career in television news, which included stops in Clarksburg, West Virginia (near his hometown) and Flint, Michigan. In 2009, Josh landed in Nashville, where he worked for more than five years as a Reporter at the NBC affiliate. During his time there, Josh earned Emmy awards for his coverage of the murder of former Tennessee Titan Steve McNair, along with the historic 2010 floods in Middle Tennessee.

In his spare time, Josh and his wife, Lauren, enjoy Nashville’s coffee and food scene. Josh is also an avid runner, swimmer, and yogi. 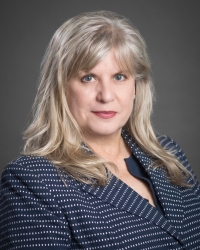 Susan Niland joined the Tennessee Bureau of Investigation as a Public Information Officer at Headquarters in Nashville in August 2014. Her main duties include handling the numerous, day-to-day media inquiries for the Bureau, issuing news releases, serving as Spokesperson, Top 10 additions and captures, and publishing the Bureau’s internal newsletter, “TBI Insider.”

Susan joined the TBI after nine years as Communications Director for the Davidson County District Attorney General. A native of Indiana, she also worked in television news for several years, as a reporter, anchor, producer, and photographer in Lafayette, IN, Greenville, MS, and Jackson, MS, before coming to Tennessee and working in Knoxville, Memphis, and Nashville. While in Nashville, Susan earned an Emmy award for work on an investigation into the Feed the Children charity.

During her time at Nashville’s CBS affiliate, Susan attended law school at night and graduated and passed the bar in 2001.

Outside of work, Susan enjoys travel and local music concerts, but her main passion is fostering homeless dogs for a local rescue organization.

Leslie joined the TBI's Public Information Office in July 2016 after serving five years as a Deputy and Public Information Officer for the Sullivan County Sheriff's Office. She graduated from the Tennessee Law Enforcement Training Academy in 2011. Based in Johnson City, Leslie handles media and public affairs for the 21 counties in TBI's Upper East region.

Prior to her law enforcement career, Leslie worked as a reporter at the NBC affiliate in Bristol, Virginia.

In her spare time, Leslie enjoys traveling with her husband Will. She also loves hiking and spending time with her dog. 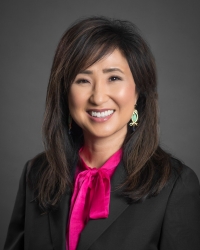 Keli McAlister joined the Tennessee Bureau of Investigation as a Public Information Officer in February 2019.  Based in Jackson and Memphis, Keli handles media relations and public affairs for the 21 counties of West Tennessee.

Previously, Keli served as the Communications Coordinator for the Jackson-Madison County School System and a 20-year career as a television broadcast journalist, working at stations in Jackson, Oklahoma City, Okla., and Seattle, Wash.

Keli holds a Bachelor of Arts in Communications Arts from Union University.

In her spare time, Keli and her family enjoy volunteering with a number of nonprofits in West Tennessee with a focus on child abuse prevent, ending hunger, helping the homeless, and assisting families in need.