The Tennessee General Assembly enacted legislation in April 1994, creating the Tennessee Wars Commission (TWC), as a part of the Tennessee Historical Commission (THC). Since then, the TWC has helped acquire and permanently protect almost 8,000 acres and fund over 100 projects that preserve, protect, and interpret Tennessee’s military heritage—such as funding archaeological excavations that pinpointed the location of Union fortifications in Franklin and publishing A Survey of Sites Related to the American Revolution and War of 1812 in Tennessee plus the most requested brochure at Tennessee Welcome Centers, A Path Divided: Tennessee’s Civil War Heritage Trail.

The TWC helps coordinate planning efforts, preservation, and promotion of structures, buildings, sites, and battlefields of Tennessee from the era of the French and Indian War (1754-1763), American Revolutionary War (1775-1783), War of 1812 (1812-1815), Mexican-American War (1846-1848) through the Civil War (1861-1865). TWC is also charged with acquiring or providing funds for the acquisition of battlefields, cemeteries, Underground Railroad sites, and other properties associated with these conflicts. The TWC administers two grant funds: the Wars Commission Grant Fund and the Civil War Sites Preservation Grant Fund (TCWSPF.) The TCWSPF was established in 2013 and has provided over $5 million in matching funding for qualified Civil War sites since it was established.

1. The Battle of Nashville Trust, Inc., was awarded $5,600 to collaborate with the Civil War Trails staff to create and install two Civil War Trails historical markers highlighting the valor of African Americans at the Battle of Nashville, December 15th and 16th, 1864. These markers will be the first publicly available interpretation solely dedicated to the story of the U.S. Colored Troops (USCT) in Nashville.

2. The Heritage Foundation of Williamson County was awarded $30,000 and contributed a match share of $15,000 to perform a comprehensive archaeological survey of the 5.2-acre Franklin Grove Estate and Gardens site. This survey will include a ground penetrating radar strategy, a waking survey including shovel test pits in areas with high archaeological potential, and excavations depending on survey results. This site features two historic houses ca. 1855 and 1862; grounds tied to two Civil War battles in April 1863, and November 1864; and features potential earthworks. The Franklin Grove Estate and Gardens site has strong ties to the Antebellum Period, occupation, and the home front story during the Civil War and the Reconstruction Eras. Historical research has revealed that an African American refugee camp, a Federal field hospital, and the first Freedman’s Bureau school in Franklin occupied the property.

3. Historic Castalian Springs was awarded $12,000 to present the story of civilian life during the War of 1812, the Mexican-American War, and the Civil War at Cragfont and Wynnewood State Historic Sites through the material culture interpretation of clothing worn by civilians, including enslaved African Americans. Artisans have been contracted to construct historically accurate museum-quality textiles for a 2022 exhibit.

4. Tennessee Civil War Preservation Association was awarded $11,000 and contributed a match share of $11,000 to address Phase I of a project that includes constructing battlefield assessments, creating a preliminary database, and drafting a “Findings and Summary Report” for 123 conflict sites identified in the Civil War Sites Advisory Commission’s “Report on the Nation’s Civil War Battlefields.”

1. The Charton Tract of the Chattanooga and Wauhatchie Battlefields, located in Chattanooga, will be preserved with the help of the American Battlefield Trust and the American Battlefield Protection Program. Located along Burgess Rd, the approximately 30.7-acre tract lies in the core and study area of the Chattanooga and Wauhatchie Battlefields. The Charton Tract is adjacent to acreage preserved in 2016, known as the Veal Tract. TWC granted $344,250 toward the acquisition of this parcel for a project total of $688,500.

2. The Hardiman Tract at the Shiloh Battlefield will be preserved with the help of the American Battlefield Trust and the American Battlefield Protection Program. The Hardiman Tract consists of approximately 144.28 acres along Fraley Drive and Federal Roads, all within the 1894 legislated boundary of Shiloh National Military Park. This parcel is adjacent to land previously preserved by ABT, giving public access to this portion of the battlefield. TWC granted $133,000 toward the acquisition of this parcel for a project total of $419,614.

3. The T. Olive Tract at the Parkers Crossroads Battlefield has been preserved with the help of the American Battlefield Trust and the American Battlefield Protection Program. The T. Olive Tract consists of approximately 1/3 acre located along Wildersville Road, located within the core area of the battlefield, and adjacent to land previously preserved in the 2019-2020 grant cycle. The long-term preservation plan is to donate the parcel to the State of Tennessee to be incorporated into Parkers Crossroads Battlefield Park. TWC granted $87,500 toward the acquisition of this parcel for a project total of $238,975.

TWC business is conducted at the regular meetings of the Tennessee Historical Commission. Nina Scall serves as TWC’s Director of Programs and THC Executive Director, Patrick McIntyre, Jr., serves as the Executive Director of the TWC. The Program Director serves as a historic preservation advocate and consultant to city, county, and local governments as well as to various nonprofit historical associations and historic sites throughout Tennessee. Recent efforts include the development of a conservation easement monitoring strategy with the application of Geographic Information System (GIS) technology to create a series of map layers that identify state owned war-related properties and properties held under easement. Tiers of information will identify battle campaigns, troop movements, veteran cemeteries, and relevant archaeological sites; document war-related artifact collections; and help identify war-related sites in need of preservation and future acquisition. 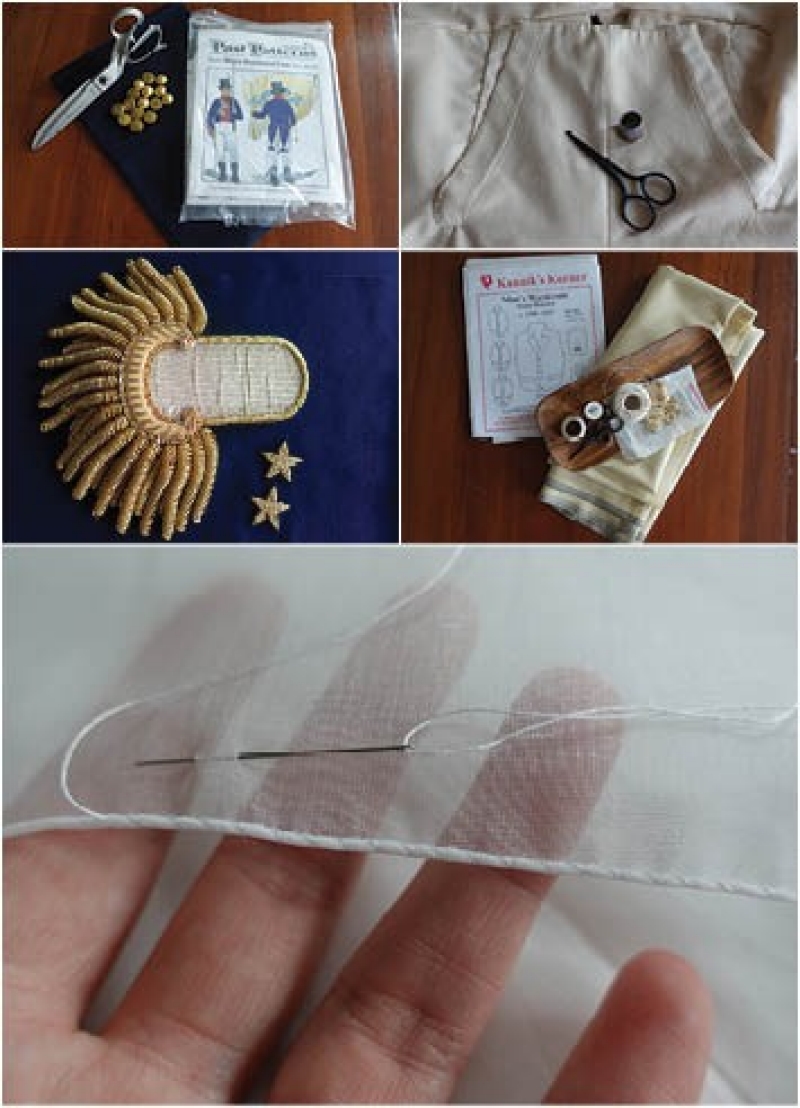 Starting in April, handcrafted textiles will help tell the story of civilian life in wartime Castalian Springs. Sarah Woodyard crafted the cap and chemisette seen in Susan Winchester’s portrait and her husband, Michael Ramsey, made General Winchester’s uniform with epaulets and stars made by Steve Abolt.