OCJP is thrilled to welcome four new Family Justice Center communities as of July 1, 2019.  Anderson County, Claiborne County, Haywood County and Overton County have each been awarded three-year JAG grants to fund planning and implementation of four new fully-operational FJCs.  JAG-funded Site Coordinators will work with local public and nonprofit partners, along with survivors, to create a Family Justice Center that represents the unique needs and resources of each community. 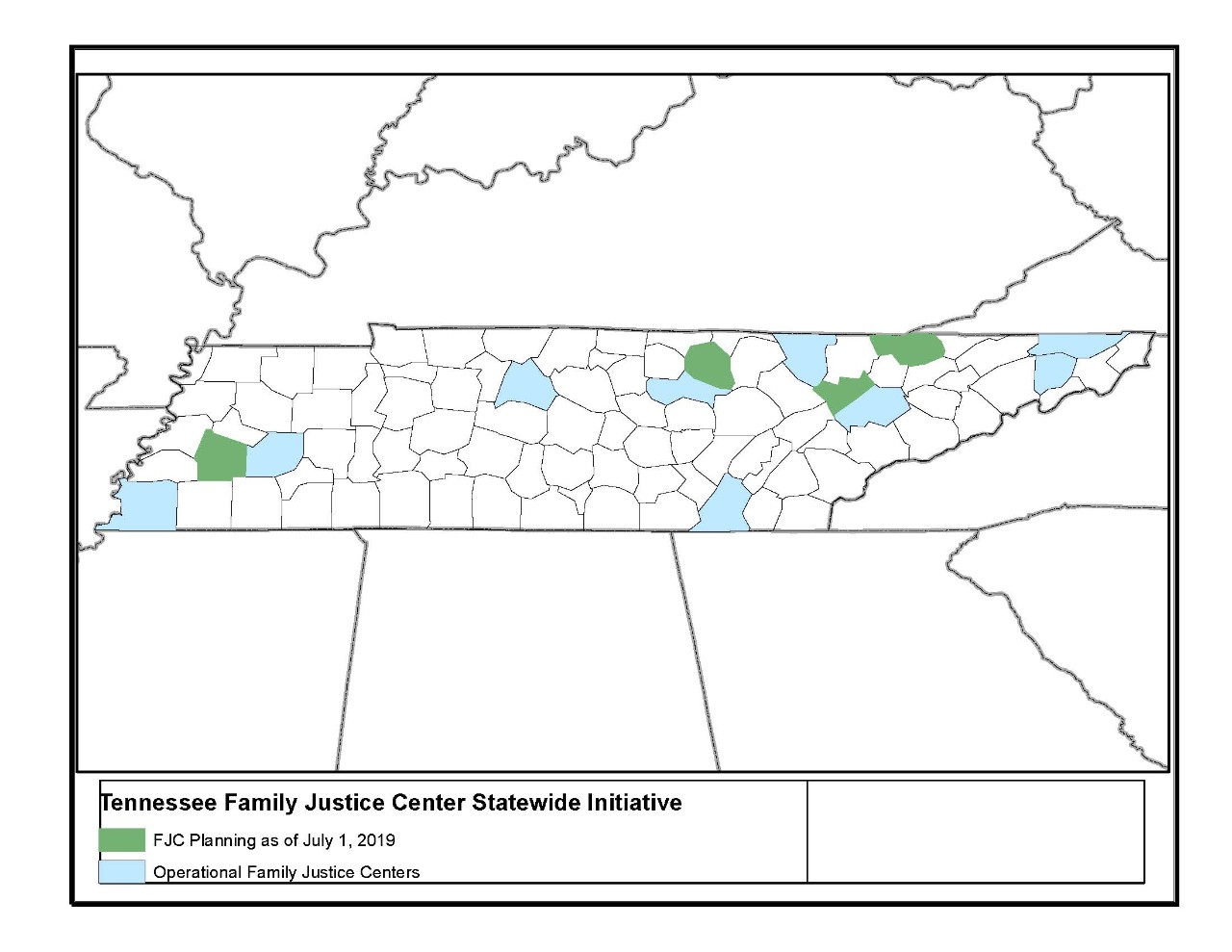 A family justice center (FJC) is a community-wide collaboration of public and private agencies in a centralized location that serves domestic violence victims and their families. The core concept is to provide one place where families can go to receive services to promote their safety and well-being. It is often called a “one-stop shop” for domestic violence and other victims of crime seeking assistance.

The model seeks to alleviate some of the burdens of domestic violence victims by co-locating needed services and providing assistance for the multiple challenges faced by victims and their families. Instead of having to walk, drive, or take public transportation from one place to another, repeating their story over and over again, the FJC model brings services to families in one safe, convenient, and family-friendly location.

In accordance with Governor Haslam´s First Public Safety Action Plan, the Department of Finance and Administration, Office of Criminal Justice Programs (OCJP) continues to actively engage with local communities to increase the number of Family Justice Centers (FJCs).  Over the past five years, OCJP has funded three rounds of FJC development, working with public and nonprofit agencies to implement the model according to the unique needs and resources of each community.  As of 2018, Tennessee has nine established FJCs: Knoxville, Memphis, Nashville, Putnam County, Chattanooga, Jackson, Johnson City, Sullivan County and Scott County.

Using a “wraparound” service delivery model, the Family Justice Centers seek to marshal all available resources in their communities into a coordinated, centralized service delivery system with accountability to victims and survivors for the effectiveness of the model.  In addition to benefiting victims and their families, the FJC model benefits the broader community by allowing stakeholders to do more with less, and by reducing competition and redundancies among partner agencies.  As of 2018, FJC communities have received grants from OCJP, through the Department of Justice and Office on Violence Against Women, totaling $2,110,000.00 in JAG funding, $5,201,771.00 in VOCA funding and $1,113,000.00 in STOP funding to assist them in planning and implementing the Family Justice Center model.  Additional funding from OCJP supports nonprofit victim services, law enforcement, prosecution, and civil legal partners located at these Centers.

The Family Justice Center model has been identified as a best practice in the field of domestic violence intervention and prevention services by the United States Department of Justice.  The documented and published outcomes have included: reduced homicides; increased victim safety; increased autonomy and empowerment for victims; reduced fear and anxiety for victims and their children; reduced recantation and minimization by victims when wrapped in services and support; increased efficiency in collaborative services to victims among service providers; increased prosecution of offenders; and dramatically increased community support for services to victims and their children through the Family Justice Center model. 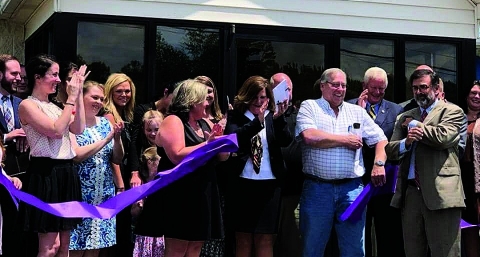 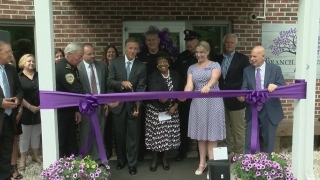 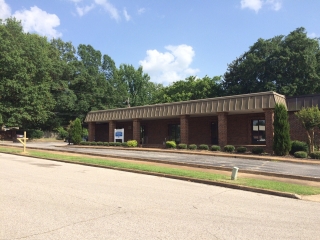 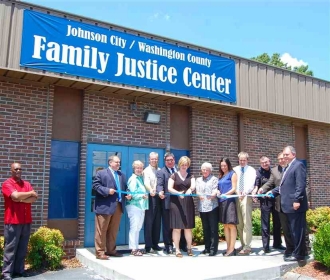 TENNESSEE MOVES FORWARD TO HELP COMBAT DOMESTIC VIOLENCE BY PROVIDING MORE SUPPORT FOR VICTIMS WITH ... ONE CALL TO MAKE, ONE PLACE TO GO.

According to the Violence Policy Center´s 2013 report, "When Men Murder Women: An Analysis of 2011 Homicide Data" Tennessee ranks sixth overall for states where men murder women. Since the inception of the report in the late 1990´s, Tennessee has ranked consistently in the top 15 states. The documented and published outcomes of the Family Justice Center model include the following: reduced homicides; increased victim safety; increased autonomy and empowerment for victims; reduced fear and anxiety for victims and their children; increased efficiency and coordination among service providers; and reduced recantation and minimization by victims when wrapped in services and support. (See Casey Gwinn, Gael Strack, Hope for Hurting Families: Creating Family Justice Centers Across America (Volcano Press 2006)). The Family Justice Center approach is based on the San Diego Family Justice Center model which has been identified as a best practice in the field of domestic violence intervention and prevention services by the United States Department of Justice.

After a solicitation in the spring of 2013, three cities; Chattanooga, Cookeville, and Nashville, were awarded a three year funding opportunity from OCJP Byrne JAG federal funds to pay for a Family Justice Center Site Coordinator. This position is responsible for successfully pulling together and coordinating all of the entities that will make their Family Justice Center a reality.

Tennessee is only the second state in the Nation to launch a Statewide Family Justice Center initiative, and the first to fund the start-ups through grants with the state.

The 3 funded cities came together in Knoxville on October 1, 2013 for a press conference and an initial day of training. Representatives from the chosen cities of Chattanooga, Cookeville, and Nashville were greeted with words of encouragement from Tennessee Department of Safety and Homeland Security Commissioner Bill Gibbons. "While reported domestic violence incidents in Tennessee are down more than 10 percent compared to last year, domestic violence continues to make up a large percentage of all reported violent crimes, with over 50,000 incidents already reported this year. We know that in order to reduce crime in our state, we have to reduce violence in the home. Expanding the number of family safety centers is one of the steps in the Governor´s Public Safety Action Plan to get us to that goal and help make Tennessee safer," Commissioner Gibbons said. Commissioner Gibbons also presented each city with a proclamation signed by Governor Haslam proclaiming October as Domestic Violence Awareness month. Commissioner Gibbons heads the Governor´s Public Safety Subcabinet.

While in Knoxville, the newly funded cities also received a full day of orientation and learning from leaders of Tennessee´s two current existing Family Justice Centers in Memphis and Knoxville. During the next few years as the new sites strive to make their Family Justice Centers come to life, they will continue to receive ongoing technical assistance from the Knoxville Family Justice Center (http://fjcknoxville.com/) and from the Memphis Safety Center ( http://www.familysafetycenter.org/). 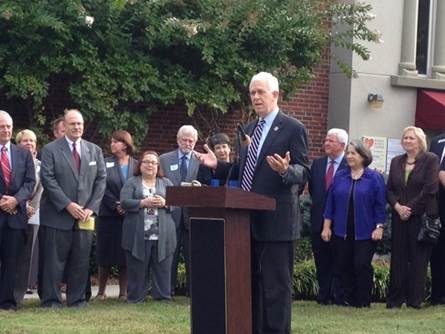 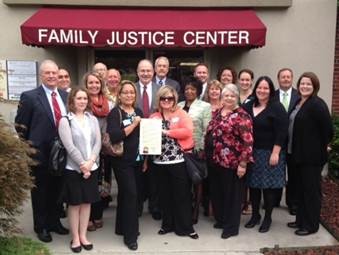 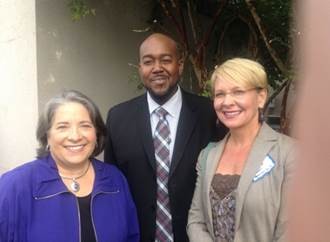 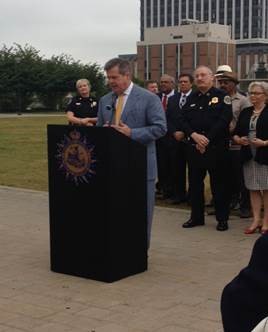 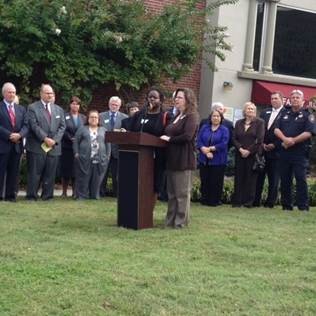 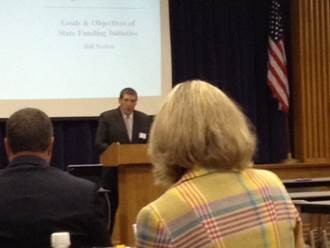 Family justice centers are not merely a co-located building, but rather serve as a vital coordinating entity in each community, facilitating collaboration among all agencies that address domestic violence, keep domestic violence crime victims safe, and hold abusers accountable.