The Major River Basins of Tennessee

Chapter Number 854 of Public Acts 2000 regulates certain water withdrawals from streams and aquifers in Tennessee. This law requires public water suppliers that propose new or increased inter-basin transfers to apply for and be granted a permit. Further, public water suppliers that presently transfer water out of a major river basin or supply water to another water system that then transfers water out of the originating major river basin are required to submit to the Commissioner of the Department of Environment and Conservation documentation showing the amount of such inter-basin transfer by October 1, 2000.

An inter-basin transfer occurs when water is withdrawn from any of the 10 watersheds listed in Section 4 of the Act and transferred directly or through intermediaries to a point outside that watershed. Typically, existing inter-basin transfers most often occur where suppliers are close to watershed boundaries, and only a portion of the system capacity typically leaves the originating watershed. Note that the new law applies to some groundwater supplies as well as surface water. 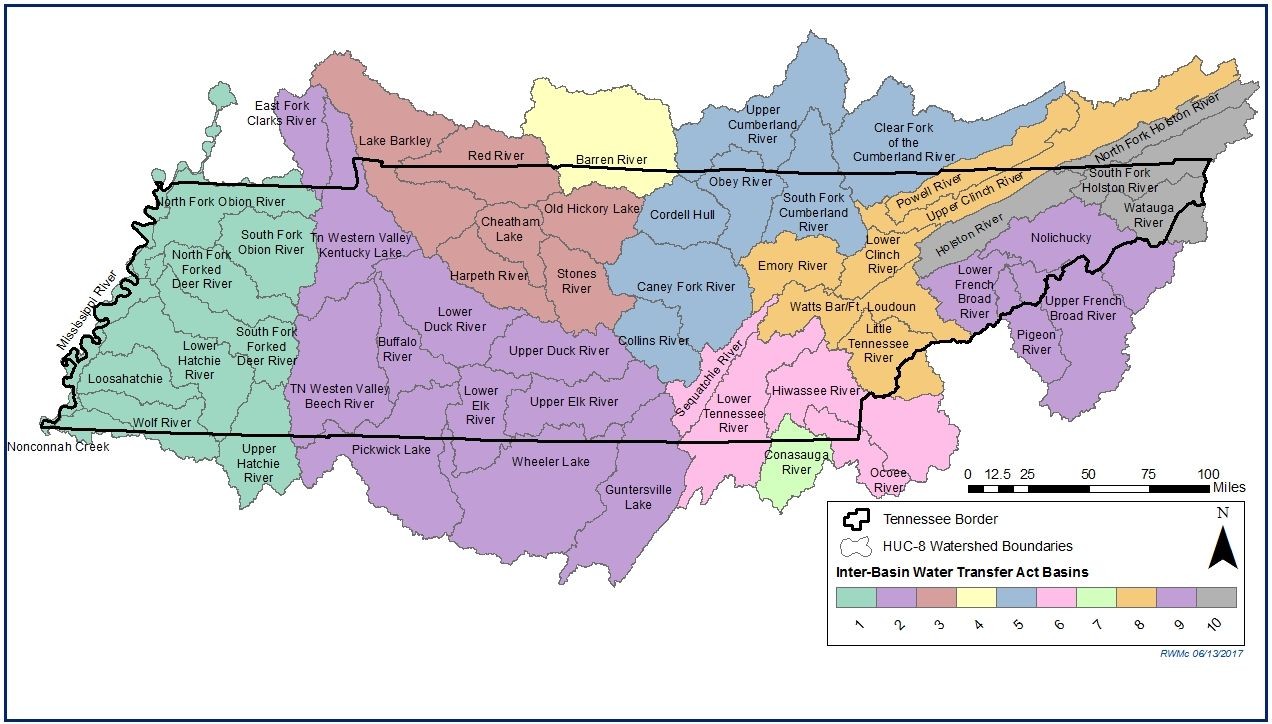 Basins as defined in the Inter-Basin Water Transfer Act: