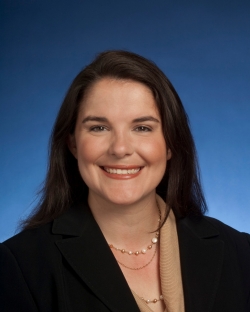 Karen Stevenson Simo became chief of staff for the Tennessee Department of Environment and Conservation in February 2019, after serving the department for over six years in other capacities.

Simo served first as regional director for external affairs in the department’s Columbia Field Office, then as assistant general counsel in the Office of General Counsel.

While in the Office of External Affairs, Simo provided outreach and communication to a variety of department stakeholders, including local governments, business and industry, public interest groups and private citizens. In the Office of General Counsel, she supported various divisions across the bureaus of Environment, Parks and Conservation, and Administration.Prior to joining TDEC, Simo was an attorney in private practice in Nashville.

Simo is a Nashville native. She and her husband, Jeff, have one daughter.