The Tennessee Division of Archaeology is pleased to announce a free, virtual monthly lecture series for 2022. Programs will take place at 6:00 PM CDT on the third Thursday of the month from April through October, and will cover topics related to recent archaeological research taking place throughout Tennessee.  Program abstracts and links to the virtual meeting environment will be provided here as each presentation approaches.

If you have questions about the series, please contact State Archaeologist Phil Hodge (Phil.Hodge@tn.gov).

You can register for this free virtual program here: https://bit.ly/CRITA_October20

Camille Westmont , Sewanee: The University of the South

Between 1871 and 1896, Tracy City, Tennessee, served as both the headquarters of the Tennessee Coal and Iron Company and the epicenter of the state’s forced prison labor industry. Over the course of those 25 years, over 5,000 prisoners, most of whom were African American men, were brought to Tracy City and forced to work in the area's coal mines and coke ovens. In 1884, the original makeshift prison was replaced with a purpose-built prison stockade. That structure, named the Lone Rock Stockade, would feature prominently in state history, including playing a role in the Tennessee Convict Lease War. Since 2020, archaeological excavations have sought to learn more about the stockade, the surrounding landscape, and the experiences of the prisoners who were held there.

Details on past programs

Explorers of Tennessee’s Cumberland River valley in the 1700s reported forests of American bamboo miles in diameter and so dense only children could squeeze through them. Archaeologists have usually assumed that this now critically endangered ecosystem developed in the 1600s after indigenous people abandoned the area. For ancient Nashville between about AD 1200 and 1500, I will examine some exciting new research about the antiquity of these Cumberland Valley bamboo forests – and how they intersect with the history, culture, traditions – and food – of indigenous people. Along the way, I will also explore the relationship of beaver ponds and maize fields, tame deer herds, and a continent-wide trade network of useful plants beyond maize, beans, and squash.

You can view a recording of this presentation to the right or using this link: https://youtu.be/_gI1ihCu0So 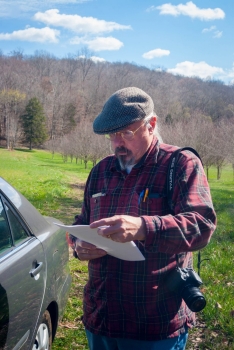 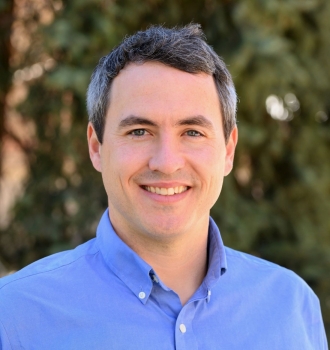 Literature on the Middle Woodland landscape in West Tennessee is dominated by the monumental earthen architecture at Pinson Mounds State Archaeological Park. However, the Pinson Landscape also includes other mound sites, and recent research has dramatically reshaped how archaeologists might consider this enigmatic Middle Woodland landscape in the MidSouth. In our lecture we will discuss the field verification of a new monumental feature at the Johnston site, new and unusual subsurface features identified at Pinson Mounds in geophysical survey, and examination of LiDAR visualizations for the Elijah Bray Site. Together, we will reveal how a suite of new discoveries is prompting us to expand our understanding of, and approach to studying, the Pinson Landscape.

The Civilian Conservation Corps (CCC) was a federal works program enacted during the Great Depression that assisted in the construction of state and federal parks throughout the United States. This presentation reviews recent archaeological investigations at a CCC camp located within Montgomery Bell State Park in Dickson County, Tennessee. The site functioned as a temporary labor camp for the CCC and potentially other federal workers between 1935 and 1942 while the park was under construction. During its occupation, it primarily served as a segregated camp for African American corpsmen. In the summer of 2020, staff from the Division of Archaeology conducted a Phase I archaeological survey at the camp (40DS110) as part of a historic preservation grant provided by the Tennessee Historical Commission. Archaeological investigations included documenting and mapping site features, surface collection, and shovel testing of previously standing structures to assess the camp’s archaeological integrity and increase our knowledge of CCC camps and segregated laborers’ camps during the Great Depression.

You can view a recording of this presentation to the right, or use the following link: https://youtu.be/n6xmWdJ-hOM 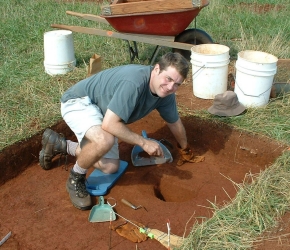 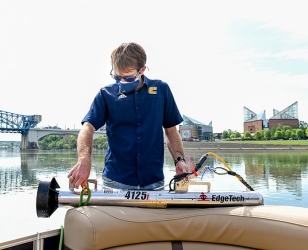 The Tennessee River is full of inundated archaeological sites which have seen little if any formal monitoring or survey since their inundation over half a century ago. Recently, UTC's Anthropology program has begun assessing critical historic and prehistoric sites in the vicinity of Chattanooga. These include the Civil War shipwreck Chattanooga and the Paleoindian LeCroy site (40HA43). This conversation will highlight the process and significance of submerged sites research, the importance of the underwater archaeological record of Tennessee, the state of UTC's research on the aforementioned sites, and future plans for research on these resources.

You can view a recording of this presentation to the left or use the following link: https://youtu.be/5GEQUY-hkiU

The Crabtree Farmstead Complex: A Study in Comprehensive Context

The Crabtree property is a multi-generational African American farmstead complex in Portland, Tennessee.  It was documented as part of a highway bypass project for the Tennessee Department of Transportation.  It is presented here as an example of a comprehensive approach to historic sites.  It was an effort to place the site within a context that included not only its archaeological aspects, but also the perspectives of the Crabtree family and their ancestors who lived on the property.  Documentation of the site used traditional archaeological methods supplemented by geophysics, archival research, and oral history.  The methods and theory presented can be applied to similar transportation projects in Tennessee and throughout the Southeast.

You can view a recording of this presentation to the right or use the following ink: https://youtu.be/QSWR3eZOgdQ 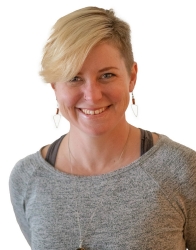 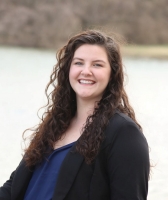 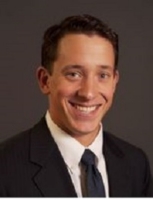 You can view a recording of these presentations above or use the following link: https://youtu.be/PQPMNlX0dVc

Research supported by grants from the Tennessee Council for Professional Archaeology

Examining the Function of Saltpans at Bledsoe’s Lick in Sumner County, Tennessee (40SU14) with Stable Isotope and Trace Element Analyses

Department of Sociology and Anthropology, Middle Tennessee State University2School of Earth and Space Exploration, Arizona State UniversityPaper AbstractFrom 2017 to 2019, Middle Tennessee State University excavated at Bledsoe’s Lick in north-central Tennessee. This lick, which is part of the Castalian Springs Mound Site (ca. AD 1200-1350), yielded numerous ceramic artifacts including several hundred sherds from large, fabric-impressed pans. While fabric-impressed pans are often associated with salt production, the low salinity of the springs at Bledsoe’s Lick raises the possibility that the pans from this site served a different function. Here, we present two alternative, non-exclusive possibilities: that the pans were used to concentrate mineral waters from the nearby springs and that they were used to boil maize. Testing of the fabric-impressed pans for trace elements and organic carbon content via ICP-OES, ICP-MS, TOC, and TOC-IRMS did not provide conclusive evidence for either possibility. Future testing of carbonized residue via lipid extraction techniques may provide more definitive results.

Despite their global use, the use of fish weirs/traps and dams by both Native American Tribes and Euro-American communities in Tennessee has only received modest and sporadic attention by archaeologists/historians. As of late 2020, site file research at the Tennessee Department of Archaeology (TDOA) indicated that only twenty-three fish weirs had been recorded in the state of Tennessee. Due to advances in aerial photography and satellite imagery (Google Earth), a study identified 50 potential locations of previously unknown/unrecorded weirs throughout eastern Tennessee (Cranford, 2019). This presentation will outline the limited history of fish weirs in Tennessee, discuss the 2020-2021 results and difficulties to record unknown weirs/traps in eastern Tennessee, suggest future research opportunities and highlight the importance of documenting these cultural features in the archaeological record.

This research was made possible by the 2020 Tennessee Council for Professional Archaeology (TCPA) Research Award. The views, opinions, and research that was conducted are those of the author and do not necessarily reflect the official policy or position of the Department of Defense Department of the Army, or US Army Corps of Engineers.