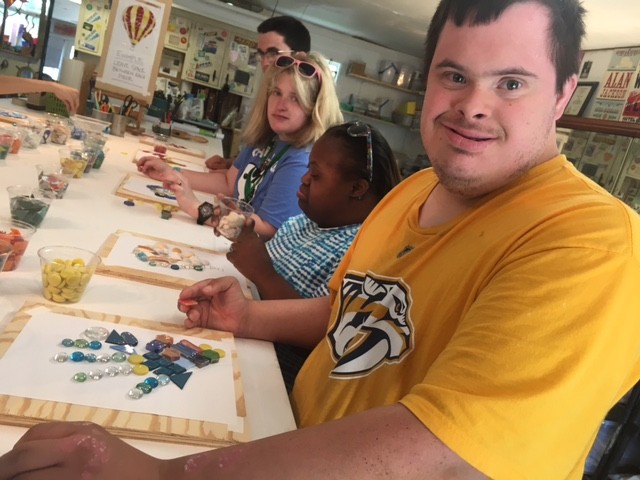 Memorial Park in Hendersonville, Tennessee will always be a significant landmark for the small town as music superstar Taylor Swift funded its playground. But three years ago, local artist Yvette Reneé noticed that the walls that surround the playground had become decrepit, suffering years of weathering, vandalism and the flood of 2010. Yvette loved taking her daughter to this park, but every time they visited her eyes shifted towards those walls.

Yvette approached VSA Tennessee (now Borderless Arts Tennessee) with an idea of restoring the walls with mosaic art. The Hendersonville Parks Department was planning to tear the walls down, but in hearing the plan for the mosaics they were excited to become a partner on the project, and to be able to add a creative and unique look to the park.

The mosaic project had a special emphasis on including people with and without disabilities. VSA Tennessee coordinated many different groups to work on this project; most of those groups provide services to people with disabilities. However, four specific days were offered in the park so that anyone in the community could get involved. People of all ages and abilities came to assist by creating mosaic pieces.

“This was a very special project for VSA Tennessee,” stated VSA TN Director Lori Kissinger. “This project spanned a year from concept drawings to completed installation and involved hundreds of individuals with and without disabilities. We have offered many programs of which I have been very proud, but this has definitely been the most publicly visible, which will always give it a special place in my heart.”

The July 29 Community Day was extra special. Not only was the first finished mosaic wall revealed, but members and staff of the Nashville Predators helped cut glass for those making mosaics and Gnash, the Predators’ mascot, made a surprise appearance! The Nashville Predators along with the Tennessee Arts Commission, Community Foundation of Middle Tennessee, and Memorial Foundation helped this project be a success with their financial contributions. This project would not have been possible without their generous donations.

This project has been a community endeavor that will remain a testament to the power of the arts to promote inclusion and beautify a community.

Kori Cupp is a student at MTSU and has served as a VSA TN Intern. 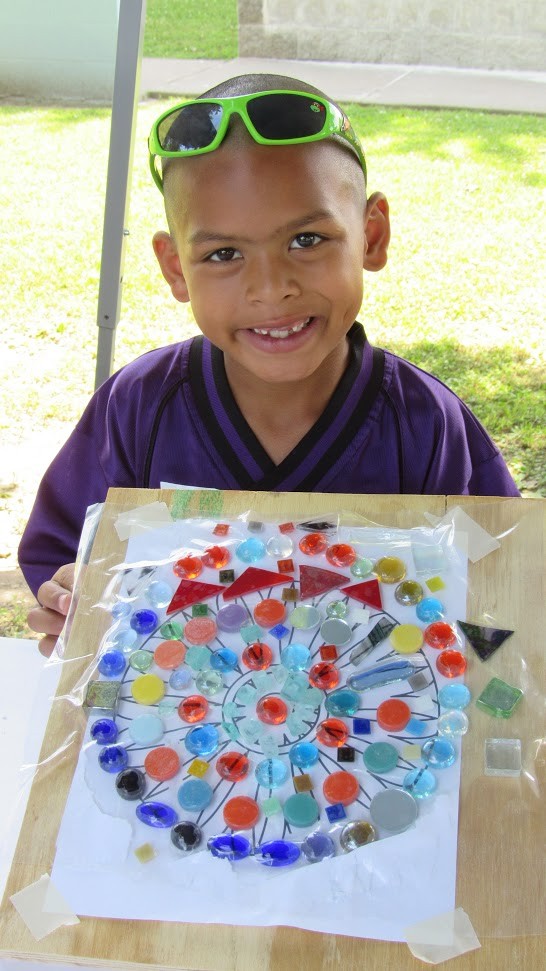