Nearly Every County in the State Experiences Lower Unemployment in March 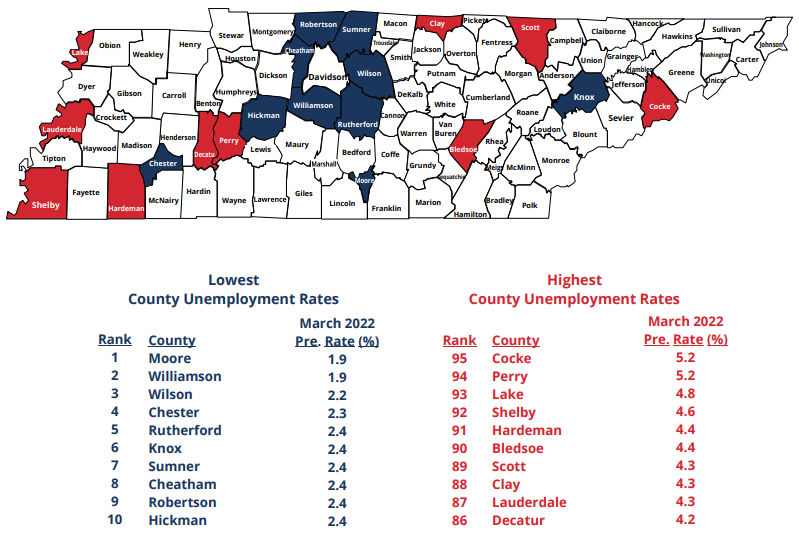 NASHVILLE – Newly released unemployment data from the Tennessee Department of Labor and Workforce Development (TDLWD) showed jobless numbers dropped in nearly every county in the state during March. Ninety-two of 95 counties had lower rates for the month, while the rates increased for two counties, and remained the same in one county.

The United States Bureau of Labor Statistics does not take into account seasonal impacts on data when calculating county unemployment rates, while it does seasonally adjust the statewide unemployment number.

TDLWD has a complete analysis of the March county unemployment data available here.

March’s statewide unemployment data marked a milestone for Tennessee. The month’s 3.2% rate became the lowest ever and edged out the previous record of 3.3% set in August 2019.

Nationally, unemployment also dropped in March. The seasonally adjusted rate for the United States decreased by 0.2 of a percentage point to 3.6%. The rate is down 2.4 percentage points in a year-to-year comparison.

Tennesseans actively looking for work can find a variety of free services that can help them find impactful employment at www.TNWorkReady.com.