Unemployment Drops or Holds Steady in Much of the State 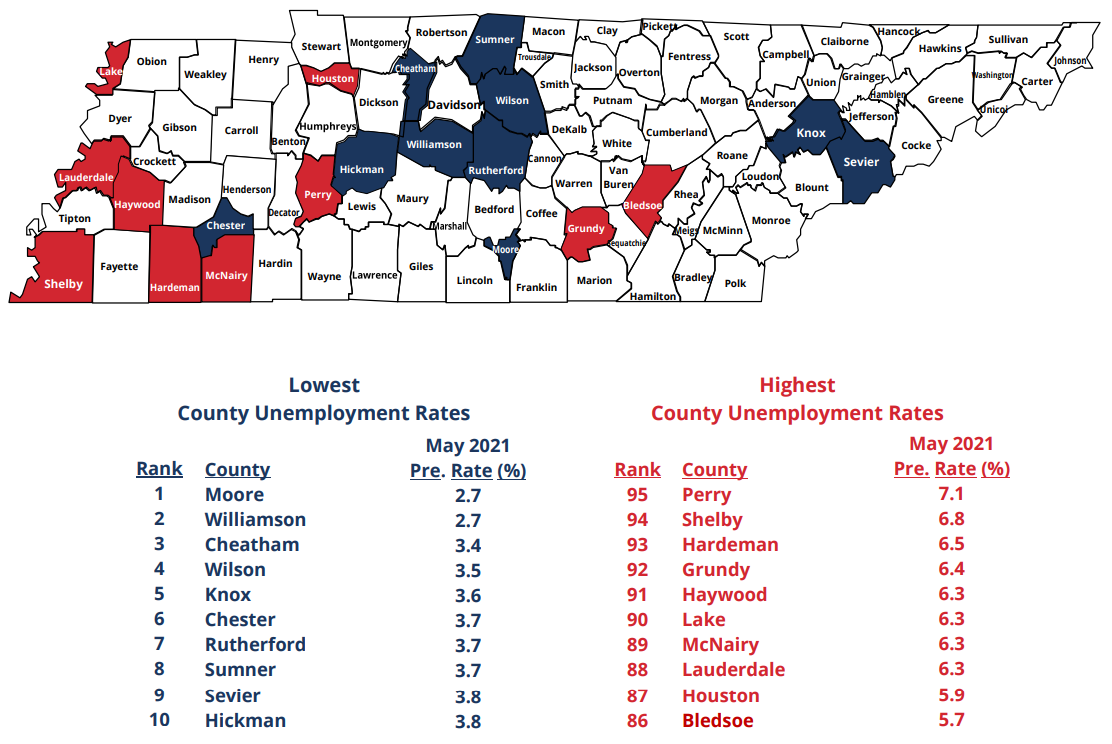 NASHVILLE – The majority of Tennessee counties recorded unemployment rates below 5% in May 2021, according to new data from the Tennessee Department of Labor and Workforce Development.

Sixty-seven of Tennessee’s 95 counties recorded unemployment rates less than 5% in May, while 28 counties had rates of 5% or greater.

At 2.7%, Moore and Williamson counties continued to have the lowest unemployment in the state.

Shelby County had the second-highest unemployment for the month. Its new statistic of 6.8% is 0.1 of a percentage point lower than April’s rate and a 3.5 percentage point drop when compared to May 2020.

Statewide unemployment held steady in May and remained unchanged from April’s seasonally adjusted rate of 5%.

You can find a complete analysis of all the state’s county unemployment data for May 2021 here.

Tennessee employers need workers and the state is ready to help those workers get ready to reenter the workforce. www.TNWorkReady.com has the online resources available to job seekers all in one place. They can visit the page and take the steps needed to be work-ready in Tennessee.

In April, the federal Bureau of Labor Statistics (BLS) reported a record number of job openings across the nation. Jobs4TN.gov continues to have more than 250,000 available jobs posted, along with other job search resources that can help someone making the transition back into the workforce.