Unemployment Drops in Nearly Every County Across Tennessee 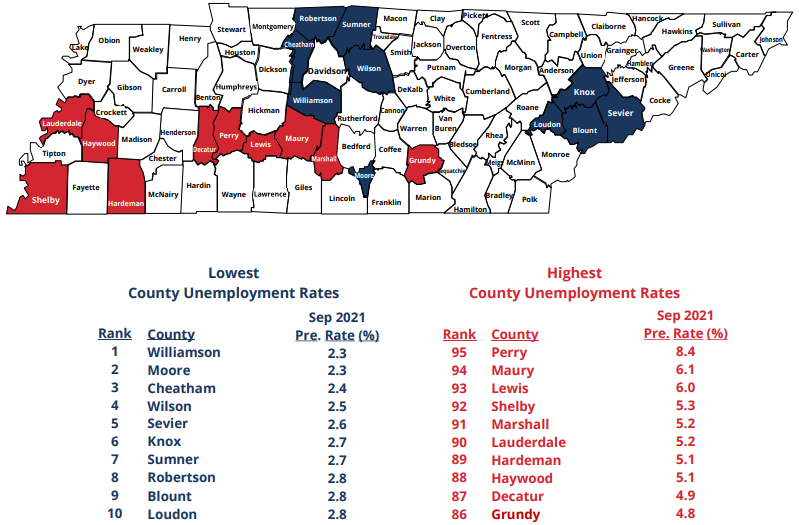 NASHVILLE – Unemployment rates dropped in a majority of counties across Tennessee in September, according to the latest data released by the Department of Labor and Workforce Development (TDLWD).

Eighty-eight of the state’s 95 counties experienced lower unemployment during the month. Rates increased in six counties in September and remained the same in one county.

The unemployment rates in 87 counties stand at less than 5%, while the rates are greater than 5%, but less than 10%, in the remaining eight counties.

Tennessee’s statewide unemployment rate dropped for the fourth consecutive month in September, decreasing from 4.6% in August to 4.4%.

Unemployment across the country also ticked down in September. Nationally, the jobless rate dropped by 0.4 of a percentage point to 4.8%.

TDLWD has produced a complete analysis of the September 2021 county unemployment data and that information can be found here.

Tennesseans can find the resources they need to help them navigate their return to the workplace at www.TNWorkReady.com. This includes over 550,000 job openings in and near Tennessee, as well as information about available training programs to help individuals skill up for a new career.