Tennessee Occupational Employment and Wages - May 2017

Tennesseans took home a little more money in their paycheck last year according to the latest data released by the Tennessee Department of Labor and Workforce Development (TDLWD).

"It's always a positive to see wages increase, by amount," said TDLWD Commissioner Burns Phillips. "The state's economy is thriving and more money is a person's paycheck is going to help that continue."

The largest occupational groups in the state were office and administrative, sales and related, food preparation and serving, transportation and material moving, healthcare practitioners and healthcare support, and production occupations.

Assemblers and fabricators led the production occupations group in Tennessee. The Cleveland area had the highest proportion of production workers to total employment at 20.88 percent. 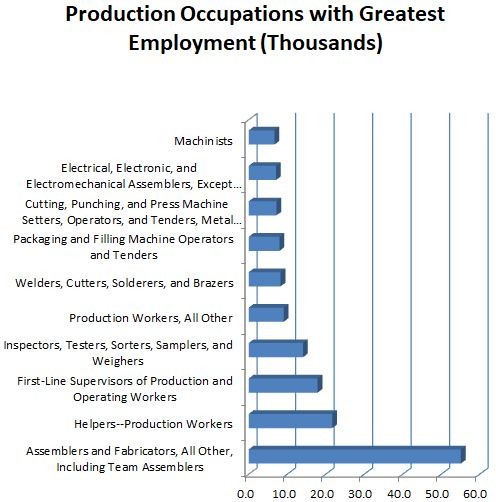 The latest statistics show the value of having educational or postsecondary training.  The median annual wage for someone with a bachelor’s degree was $60,830, almost twice the average salary of $33,550 for a person with only a high school diploma or equivalent.  The difference in annual wages for someone with some college, verses no formal education, was on average is $11,000 a year.

The Occupational Employment Statistics (OES) program provides employment and wage estimates for over 700 occupations in Tennessee and various sub-state areas. Additional data for local area in Tennessee is available at  https://www.tn.gov/workforce/jobs-and-education.html