Statewide Unemployment Remains at 3.4 Percent for the Third Consecutive Month

NASHVILLE – Tennessee Gov. Bill Haslam and Department of Labor and Workforce Development Commissioner Burns Phillips today announced that Tennessee’s statewide unemployment rate for was 3.4 percent, the third consecutive month the rate has held steady. The seasonally adjusted rate represents 0.6 of a percentage point decrease in unemployment compared to the same time period in 2017.

April 2018 marks one year since Tennessee’s unemployment rate dropped to 4 percent for the first time in recent history. In May 2017 the rate dipped to 3.8 percent and has remained under that mark ever since.  The state recorded an all-time low unemployment rate of 3.3 percent in September of last year.  That figure is just 0.1 of a percentage point lower than the latest rate. 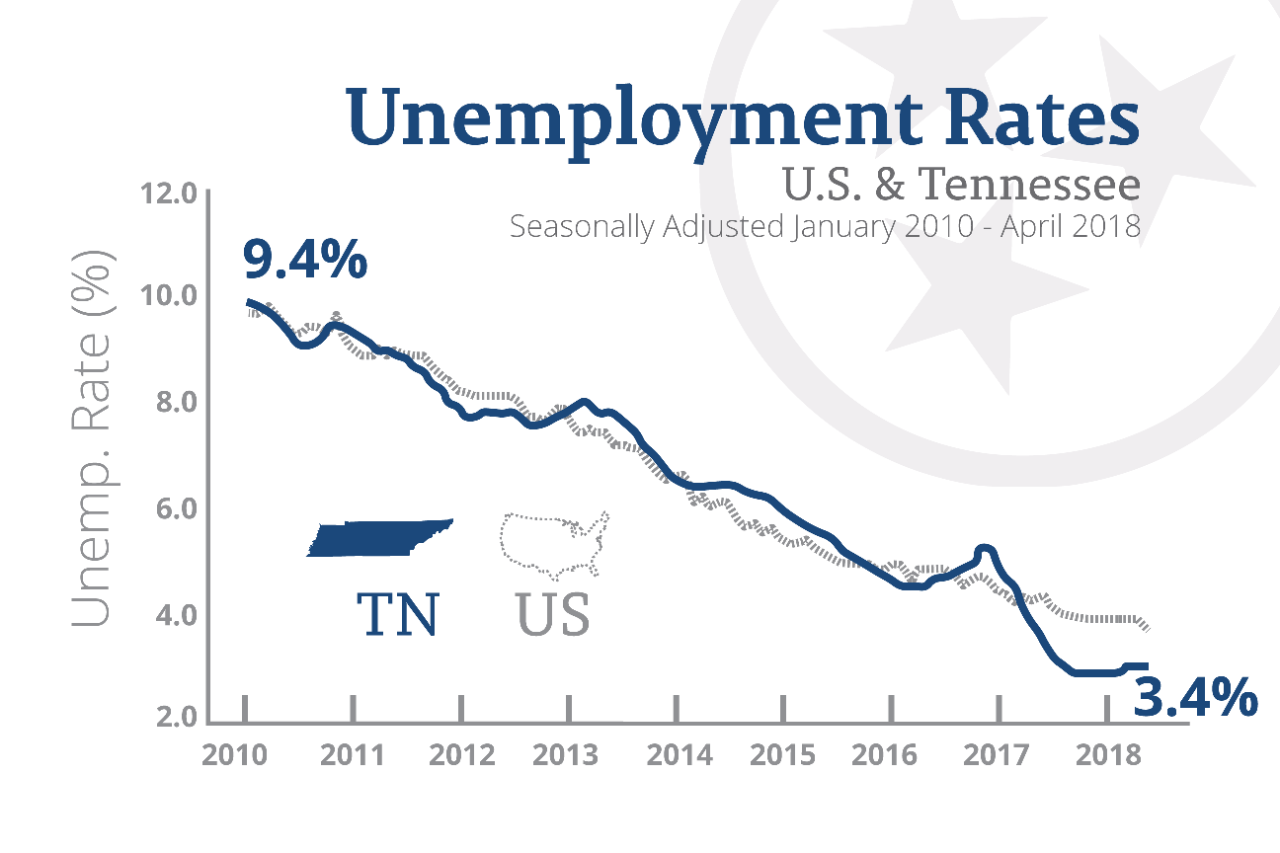 “For more than a year now, Tennessee continues to see unemployment rates lower than ever before. These numbers are a testament to the state’s investments in education and job creation,” said Haslam. “In just the past two weeks, we have announced more than 2,000 new jobs coming to our state, which sets the path for unemployment to remain low and for Tennesseans to benefit from that job growth.”

“While unemployment remains low here at home and across the nation, many of our neighbors are still out of work or looking for a better job,” said TDLWD Commissioner Burns Phillips.  “Tennessee is working harder than ever to make sure anyone who wants to work can do so.  The state and our workforce partners are in every county helping job seekers and employers make a connection.”

Tennesseans looking for employment can access the latest job openings, update their resumes, and sharpen their job interview skill by visiting the state's workforce website.

A complete analysis of Tennessee’s unemployment data from April 2018 can be found here.