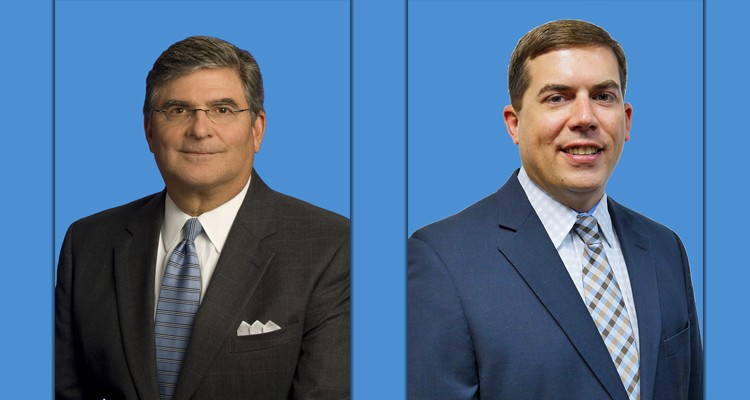 NASHVILLE– Tennessee Department of Labor and Workforce Development (TDLWD) Commissioner Burns Phillips has announced he and Deputy Commissioner Dustin Swayne will leave state government in mid-January after many years of service to the citizens of Tennessee.

The two executives have formed a consulting practice called SATRDÉ, which will focus on guiding both public and private organizations in developing 21st-century business and workforce strategies through digital transformation.

Gov. Bill Haslam named Phillips interim Commissioner for TDLWD in March 2013 and then appointed him Commissioner in June 2013. Early in his career, Phillips worked in the state's budget office for seven years before entering the private sector in 1981. Then in 1991, he went on to start a successful international surgical instrument company. This year Phillips marked 15 years of service with the state of Tennessee.

“It has been an honor and privilege to serve as the Commissioner of the Department of Labor and Workforce Development for nearly six years,” Phillips said. “The leadership style and support from Governor Haslam enabled the department’s many talented, knowledgeable and dedicated individuals to be creative and innovative in developing new and improved techniques with which to serve our citizens.”

Phillips appointed Swayne, a fourteen-year veteran of the Department, as Deputy Commissioner in April 2013. Swayne previously served as assistant commissioner of the Department’s Workforce Services Division and spearheaded the creation of the state’s mobile American Job Center Unit and Reemployment Services program.

During their time as leaders of TDLWD, Phillips and Swayne introduced digital technology and the concept of agile management within in the Department. They co-founded the OneTouch Customer Service/Business Management System that has achieved national recognition for its creative and innovated techniques in improving the way government does business. This ticket-based system streamlined processes, eliminated paperwork, improved the customer's experience, and combined real-time measured outcomes for continuous improvement. Over 825,000 customers were served through this system that has received over 2 million customer tickets since its creation. Statistics show 94.2 percent of those tickets were resolved with a single touch to the department earning a customer satisfaction score of 87 percent.

“Burns has worked extremely hard during the last six years to streamline and improve the many different programs his Department oversees,” Haslam said. “Labor and Workforce Development is a much more efficient and technologically advanced agency than it was in 2013 and that’s because of the culture both the Commissioner and his Deputy Commissioner created there.”

Under Phillips’ and Swayne’s leadership, the state increased its Unemployment Insurance Trust Fund from $774 million in 2013 to $1.18 billion in 2018. The department realigned Tennessee’s 20-year-old workforce system and transformed it into the most fully aligned WIOA system in the United States. The realignment has garnered national recognition for its enhanced fiscal integrity and innovative approaches to better provide Tennesseans with employment and training services. All of these accomplishments took place as Tennessee experience historically low unemployment.

Commissioner Phillips and Deputy Commissioner Swayne will continue in their positions at TDLWD through mid-January.