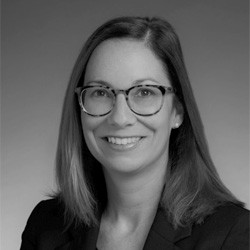 House, a Rochester, New York native, has served as Deputy Executive Director since 2019. She formerly led the THEC/TSAC Research and Planning team and College Access teams as the Chief Research and Policy Officer. In this capacity, she developed and executed the State of Tennessee’s higher education research agenda and worked with executive and legislative leaders to design, implement, and evaluate higher education initiatives including Tennessee Promise and Tennessee Reconnect.

“Dr. House is a nationally recognized leader in higher education, and she will bring energy and expertise to this role,” said Governor Bill Lee. “We congratulate her on this appointment and look forward to our continued partnership with our higher education institutions.”

"I am thrilled Dr. House is our new executive director,” said THEC Chairman Evan Cope. “There is no one in the country better prepared or suited to assume this very unique and demanding role.”

“I am excited and humbled to have been named the next executive director of the Tennessee Higher Education Commission,” said Dr. House. “I look forward to working with Tennessee’s higher education institutions and other state agencies to further the successes of higher education in our state and, most importantly, to support student success and degree attainment.”

House earned her bachelor’s degree at Cornell University, her master’s degree at Vanderbilt University, and doctorate from the University of Michigan. She is a graduate of the Tennessee Government Executive Institute and is the recipient of the inaugural THEC Presidential Fellowship.

Dr. House is the agency’s seventh executive director and the first woman to serve in the position.

The Tennessee Higher Education Commission was created in 1967 by the Tennessee General Assembly. The Commission develops, implements, evaluates postsecondary education policies and programs in Tennessee while coordinating the state’s systems of higher education, and is relentlessly focused on increasing the number of Tennesseans with a postsecondary credential.