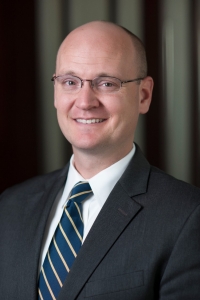 Appointed as executive director of THEC in 2016, Krause served as the chief advocate before the legislature and executive branch for the state’s $2.1 billion higher education budget and successfully launched multiple workforce training programs resulting in Tennessee being recognized nationally as a leader in education opportunity and economic development.

His tenure culminated in THEC being named as the top higher education agency in the nation in 2020 by the State Higher Education Executive Officers association.

Most recently, Krause also served as the coordinator for all statewide higher education efforts relative to COVID-19 and acted as the chief liaison between campuses and the Tennessee Department of Health and the Governor’s Unified Command Group during the pandemic.

"Mike's leadership has been transformational for THEC and Tennessee students have been the beneficiaries of his vision for linking education and workforce development opportunities,” said Governor Bill Lee. “We wish him the best in his new role.”

“I don’t believe there is another person in our state’s history who has had a bigger or more positive impact on higher education policy than Mike Krause,” said THEC Chairman Evan Cope. “Mike brought his trademark energy, wit, and dedication to every aspect of the job.”

Prior to his THEC appointment, Krause served on the senior staff of Governor Bill Haslam. While in the Governor’s Office, he was the founding Director of the Tennessee Promise, coordinating the launch of the nation’s first tuition-free college scholarship program and working closely with the legislature on an array of education and workforce issues. His public policy work has been covered by the Wall Street Journal, The New York Times, Politico, and CNN.

“Being in public service and working with such an outstanding and student-centered group of THEC staff, college and university presidents has been the honor of a lifetime,” said Krause. “I am grateful to Governor Lee and Governor Haslam, the legislature, and the higher education commission for the chance to serve.”

“It’s hard to imagine anyone that has had a greater impact on higher education in Tennessee than Mike Krause,” said Randy Boyd, University of Tennessee President. “His passion and effectiveness in working with the legislature will be sorely missed, but we all wish him well in his new role.”

“Mike Krause is a remarkable individual and the results of his efforts have changed higher education in Tennessee forever.  In his roles as THEC’s leader and as a member of the Board of Regents, I couldn’t have asked for a better partner to help our community and technical college students,” said Board of Regents Chancellor Flora Tydings.

Dr. Brian Noland, President of East Tennessee State University and the leader of the Locally Governed Institution Council said “Director Krause was a champion for college access and success, and his leadership of THEC represented the high water mark for public policy innovation in our higher education system. He is a trusted colleague and I wish him well as he embarks upon this new journey.”

Krause, a U.S. Army veteran, served for six years in the 101st Airborne Division. He holds a bachelor’s degree from Austin Peay State University and a Master’s in Public Policy from Vanderbilt University.

The Tennessee Higher Education Commission was created in 1967 by the Tennessee General Assembly. The Commission develops, implements, evaluates postsecondary education policies and programs in Tennessee while coordinating the state’s systems of higher education, and is relentlessly focused on increasing the number of Tennesseans with a postsecondary credential.