TDOT is dedicated to implementing projects and programs that improve transportation and benefit the people of Tennessee. Below are materials provided for journalists explaining the Department's current projects, programs and initiatives. For more information, please contact the Community Relations Officer in your Region.

TOPICS
Select from the information, video, and links provided below.

During winter weather, TDOT deploys equipment and resources in an effort to keep roads clear. In the winter season of 2017-2018, TDOT made available 826 salt trucks, 663 brine trucks, 1.6 million gallons of brine, and 229,000 tons of salt at a cost of $21.4 million. Additionally, personnel worked around-the-clock during winter weather events. For more information on winter weather operations, visit the Ice & Snow section of the TDOT website.

In preparation for the winter season of 2015-2016, TDOT began a pilot training program to better prepare personnel for winter weather road conditions using a snow plow truck simulator. The training allows new and inexperienced drivers to hone their skills, using real-life scenarios and responsive simulator technology, before getting on the road. For the winter season of 2018-2019, roughly 60 employees in each of the state’s four regions completed the snow plow simulator training.

Potholes are a normal (and expected) part of the freeze-thaw cycle that occurs during winter weather. Because asphalt plants are closed in the winter, repairs made in the colder months are only temporary, cold-mix patches. A more permanent, hot-mix fix is done in the warmer months, when asphalt plants are open. Immediately after a winter storm, when potholes are most noticeable, TDOT crews are assigned routes to address potholes.

TDOT is responsible for licensing and inspecting 74 airports across the state. Automated Weather Observation Systems (AWOS) are located at 40 of those sites to assist pilots, the National Weather Service, and local meteorologists. Work is currently underway to upgrade the AWOS systems statewide and should be completed by 2020 at a cost of $2.5 million. 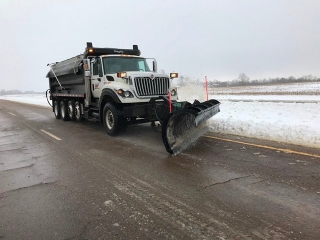 In 2016, three TDOT workers were struck and killed by passing motorists while on duty. In April 2017, TDOT launched "Work With Us," a statewide call to action for drivers to move over and slow down for emergency and state highway vehicles and workers. The ongoing campaign is now utilized year-round to encourage safe driving and promote highway worker safety.

In 2014, TDOT joined the Tennessee Department of Safety & Homeland Security in celebrating the nation’s first Traffic Incident Management (TIM) Training Center in Nashville. The TIM facility is designed to teach best practices for safe, quick clearance of highway incidents. The track features a section of interstate-like roadway, intersections, guardrail, and cable barrier rail, which allows emergency responders to safety and efficiently train under a variety of crash scenarios.

Due to the nature of the rugged, mountainous terrain, Tennessee has many hazardous rockfall sites. In December 2000, TDOT began developing a Rockfall Management Program (RMP) to identify, prioritize, and mitigate the rockfall slopes having the highest risk. Currently, TDOT monitors more than 2,000 potential rockfall sites statewide. 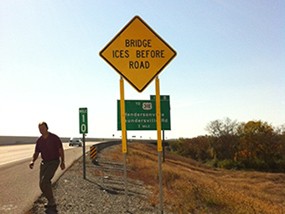 TDOT is always looking for new and innovative ways to keep traffic moving safely and efficiently. Two designs have proved successful in both design and function: J-Turn and Diverging Diamond. 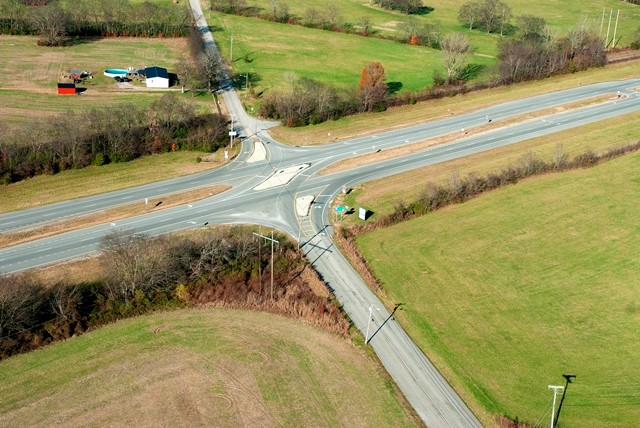 Open-Graded Friction Course (OGFC) is porous asphalt that allows rainwater to drain through the top layer and out the side of the road. It helps prevent hydroplaning and spray from larger vehicles. OGFC has been used on several interstate statewide. 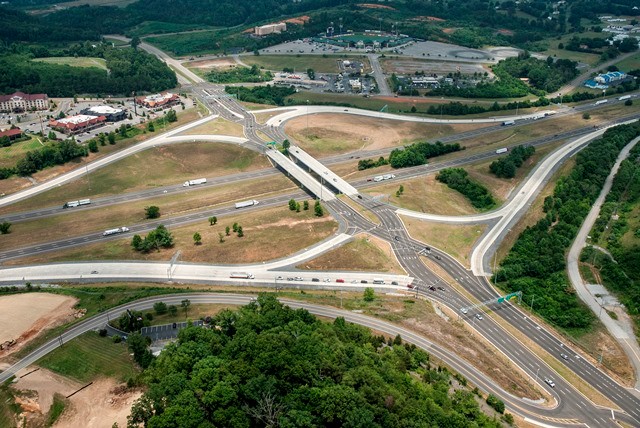 TDOT has several programs and initiatives in place to keep drivers safe by partnering with state and local agencies and responding to state highway incidents. 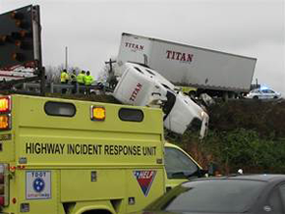 Light Detection and Ranging (LiDAR) is used by TDOT to collect specific data points of a roadway. LiDAR is a surveying method that measures distance to a target by illuminating the target with pulsed laser light and measuring the reflected pulses with a sensor. LiDAR can be used without impacting traffic, and the results provide a 3D model of the roadway. Collected data can include lane and shoulder widths; guardrail offsets and heights; sign placement; bridge lengths, widths, and clearances; and the slope of the road.

Intelligent Compaction (IC) is equipment-based compaction technology that increases quality control and results in longer pavement lives by improving the density of road materials such as soils, aggregate bases, or asphalt. IC helps reduce future repair costs and congestion caused by construction. IC has been used on SR 331 in Knox County, SR 58 in Hamilton County, US 64 in Lincoln County, and US 412 Crockett County.

In January 2018, TDOT added 108 snow trucks to its fleet of winter weather vehicles. The trucks are customized for TDOT use, and specifically designed to increase safety and efficiency, while remaining cost effective.

TDOT inspects all publicly-owned bridges (state and local), which includes 19,822 structures. Typically, bridges are inspected every two years, and inspections result in a bridge rating. If a bridge is deemed structurally deficient, it may require more frequent inspections, which may lead to repair, replacement, rehabilitation, or closure of the structure. In 2012, Congress passed legislation that forces bridge projects to compete with other transportation funding needs.

Primarily, TDOT projects are prioritized based on safety, congestion, and economic development, and often include input from Regional Planning Organizations. Transportation projects are developed in four phases (Planning and Environmental, Design, Right-of-Way and Construction), and funded through a combination of Federal and state dollars. In 2017, the IMPROVE Act was passed, allowing TDOT to fund more projects in all 95 counties. To find specific IMPROVE Act projects, visit the Statewide Project Overview Tracker (SPOT) website. 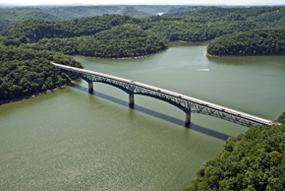