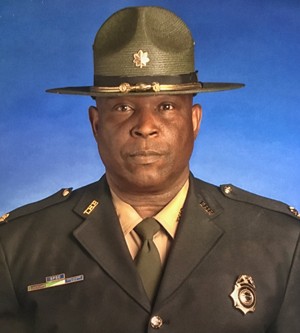 NASHVILLE – Commissioner David W. Purkey of the Tennessee Department of Safety and Homeland Security along with Colonel Tracy Trott of the Tennessee Highway Patrol (THP), announced the promotion of Tony Barham to Lieutenant Colonel over THP’s Administrative Bureau.  This position will be vacated after the retirement of Lieutenant Colonel John Albertson, on July 7, 2017.

“Tony has proven himself over and over to be an effective manager and leader,” said Colonel Tracy Trott.  “His skills and abilities are unmatched.  He has a vision for the agency that will help us build upon our previous successes,” Trott added.

Lieutenant Colonel Barham began his career with the Tennessee Highway Patrol in 1988, as a road trooper in Giles County.  He was promoted to Sergeant in 2003.  He received his Bachelor’s degree from Freed Hardeman University, and is a 2003 graduate of the Northwestern University School of Police Staff and Command.  In 2008, he was promoted to Lieutenant over the Nashville District’s Special Programs Unit.  In 2009, he was promoted as Captain of THP’s Special Programs Unit.  The unit consisted of all administrative functions of Commercial Vehicle Enforcement, including Pupil and Daycare Transportation Safety, along with Safety Education and Drug Abuse Resistance Education (D.A.R.E.) programs.  While Captain, he was also over the Department’s Handgun Permit Unit.  Most recently, Lieutenant Colonel Barham was Major and Executive Officer to the Colonel in 2015.  In that role, he served as lead officer in charge of special projects as directed by the Colonel.  Barham also served as the team leader over THP’s recruitment efforts.  Lieutenant Colonel Barham is a 28-year veteran of the Tennessee Highway Patrol.