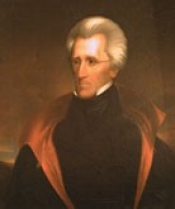 The new Tennessee State Museum that sits on the corner of Rosa L. Parks Blvd. and Jefferson Street at Bicentennial Capitol Mall State Park can trace its roots back to a museum opened on the Nashville public square in 1817 by a portrait artist, Ralph E.W. Earl. A young boy who visited that museum in 1823 wrote home that he had seen a life-size painting of then General Andrew Jackson. That same painting is now part of the Tennessee State Museum collection.

In 1937 the Tennessee General Assembly created a state museum to consolidate World War I mementoes and other collections from the state, the Tennessee Historical Society and other groups. This museum was located in the lower level of the War Memorial Building until it was moved into the new James K. Polk Center in 1981. It remained there for more than 35 years until, in 2015, Gov. Bill Haslam proposed a new home for the museum on the northwest corner of the Bicentennial Mall in Nashville. The Tennessee General Assembly appropriated $120 million to build the Museum, with the additional funding to complete the project to be raised in private contributions.

The new Tennessee State Museum, encompassing 137,000 sq. ft. of administration and gallery space, opened to the public on October 4, 2018.