The National Register of Historic Places is the nation’s official list of cultural resources worthy of preservation. It is part of a nationwide program that coordinates and supports efforts to identify, evaluate and protect historic resources. The State Historic Preservation Officer (SHPO) administers the program in Tennessee.

Designed and built to survive Armageddon, William Andrew Nicholson and Emma Fair Nicholson constructed Millennium Manor between 1938 and 1946.  Both Nicholsons were 61-years old when construction started, and they believed that the world would end in 1959, later thought to be 1969. Although research did not show that the Nicholson’s named their home Millennium Manor, in 1957 an Associated Press reporter wrote that the building was known locally as Millennium Manor or The House That Faith Built. Millennium Manor is constructed of hand-carved granite, Tennessee pink marble and concrete. The exterior has an abundance of arched openings, a two-car garage and a stone fence enclosing the yard.  Exterior walls are at least 25” thick and interior walls at least 19” thick.  The interior is distinguished by arched hallways and rooms that reveal the concrete and stone structure of the building.   Millennium Manor is architecturally unique in Tennessee and the National Register nomination did not find any comparable examples in the U.S. 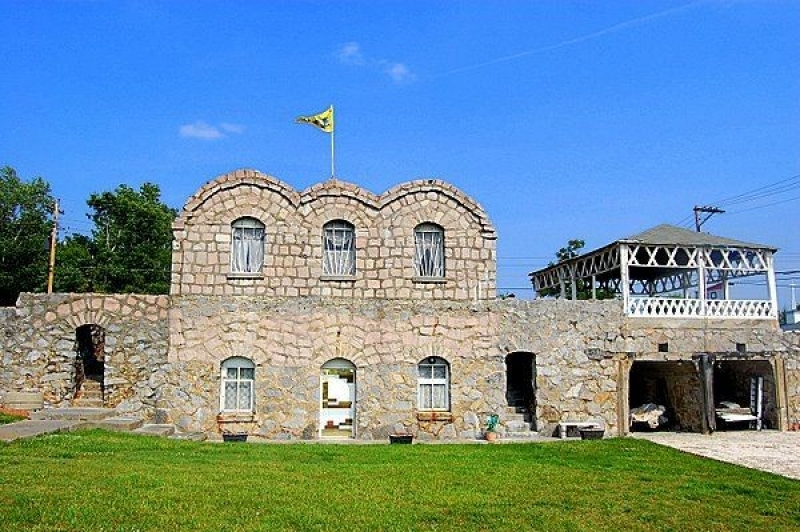 James Hunt is the first known burial at Mt. Olive Cemetery (in 1817) but little else is known about the early history of the historic African American burial site.  The Clarksville Semi-Weekly Tobacco Leaf newspaper reported on the cemetery in 1889, noting that a board of trustees had just been appointed. Over the years the cemetery was sold several times and burials continued until 1958. The Mt. Olive Cemetery Historical Preservation Society was established as a non-profit in 2004 with the aim of preserving the 7.24-acre property. At least 1,350 burials are in the cemetery and a recent ground penetrating radar survey suggests that there are more, especially since over 90% of the burials are unmarked.  These burials represent Clarksville’s historic African American community.  Handmade grave markers, trees, vinca vines and dirt walkways characterize the physical features of the property. The Mt. Olive Cemetery is also the largest and oldest private African American Cemetery in Clarksville. 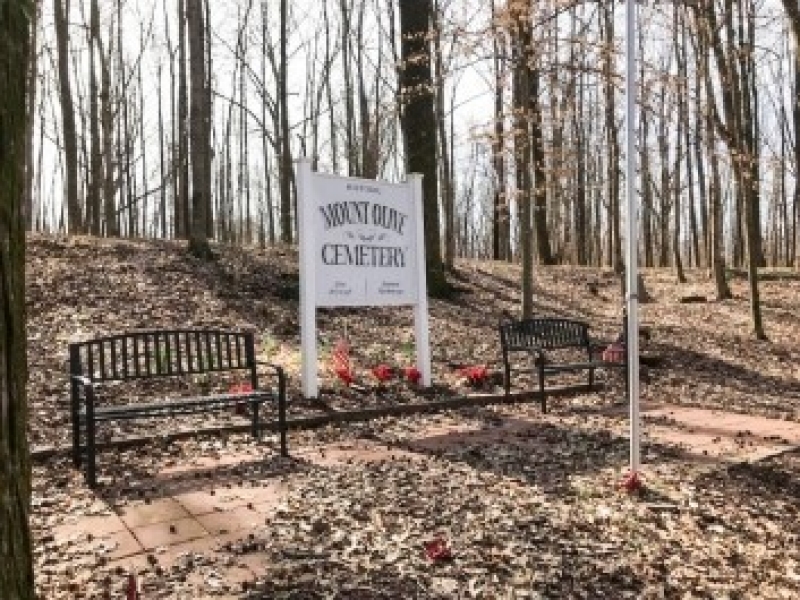 The Gothic Revival First Methodist Episcopal Church was built in 1887, with additions of a cupola on the bell tower before 1920 and classrooms around 1925.  A brick church with limestone foundation, the Gothic Revival design is seen in the pointed arch stained glass windows, arched entry, and paneled doors topped by transoms. Located at the edge of Dayton, the building retains its important historic features. First Avenue Methodist Episcopal Church began in 1844 when the Methodist Church split on the issue of slavery.  This church associated with the Northern Methodist branch in Philadelphia, Pennsylvania, and became part of the Holston Annual Conference in 1887. Decreasing membership resulted in the sale of the building and today it is privately owned as used as an event space. 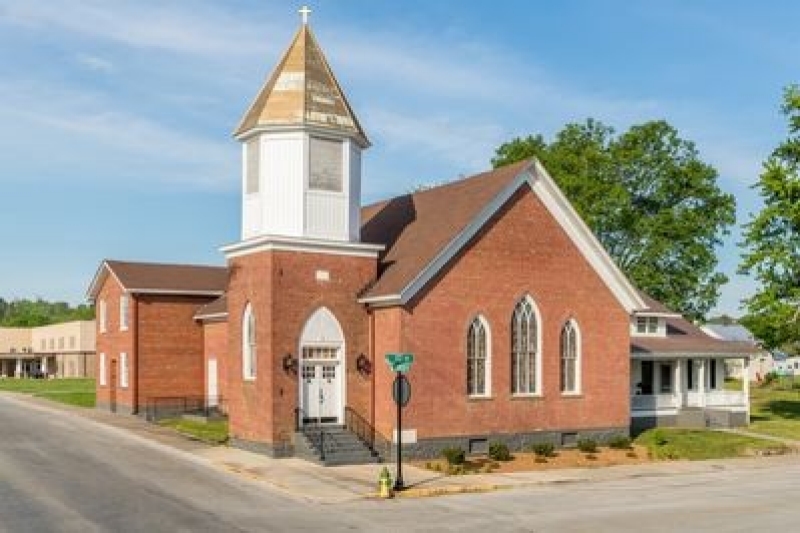 The former Kingsport Hosiery Mills complex was built in 5 phases between 1917 and 1956 as the businesses occupying the complex grew. The first building erected was a 4-story brick edifice that housed machinery and workers to knit hosiery. Opened with 85 employees and a capacity to make 26,400 pairs of hose, within two years the plant employed 150 people.  Amenities for the workers included health facilities and a cafeteria. Kingsport Hosiery Mills products were sold throughout the world under different brand names. Kingsport Hosiery closed in 1932 and Miller-Smith Hosiery began operating in the complex of buildings, although production was less than under the old company. In 1943 the Kingsport Press was operating here and in 1945 Dobyns-Taylor Hardware owned the buildings and the press used part of the complex.  Both companies used the complex as a warehouse, a use that continued for many years with various companies. 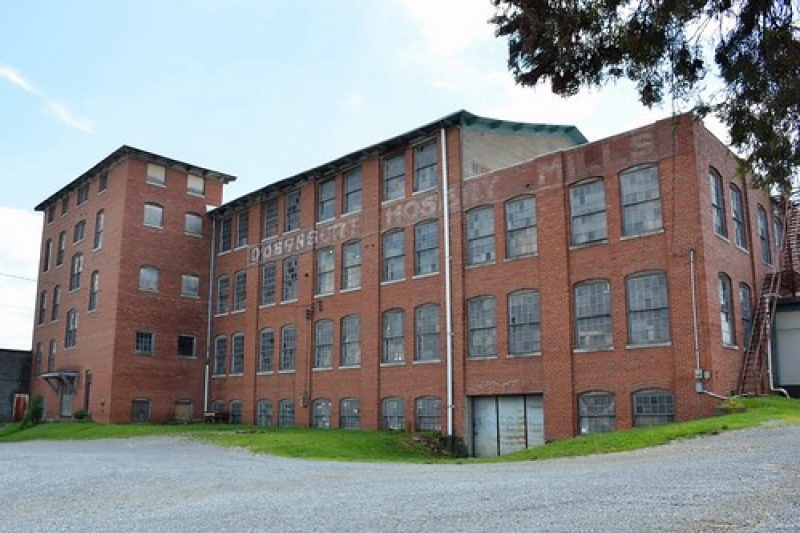 The Johnson City Postal Savings Bank and Post Office was built in 1910 under the auspices of the U.S. post office’s Office of the Supervising Architect, James Knox Taylor.  Two-stories in height with a raised basement, the brick building is delineated by terra cotta and granite Beaux Arts detailing.  The arcaded entry and embellished balustrade at the roofline are important and character defining features of this building. As both a post office and post office savings bank, the building had a unique use in the city.  The Postal Savings System started by President Taft encouraged customers to save while using a familiar institution - the post office - and included savings accounts for children over 10-years old and married women.  The post office and bank were here until a larger building was needed in 1937. In 1940, Washington County purchased the building and used it as the county courthouse and offices until 1985, it then became the county’s 911 call center until 2018. The Heritage Alliance of Northeast Tennessee and Southwest Virginia is working to find a new use for the building. 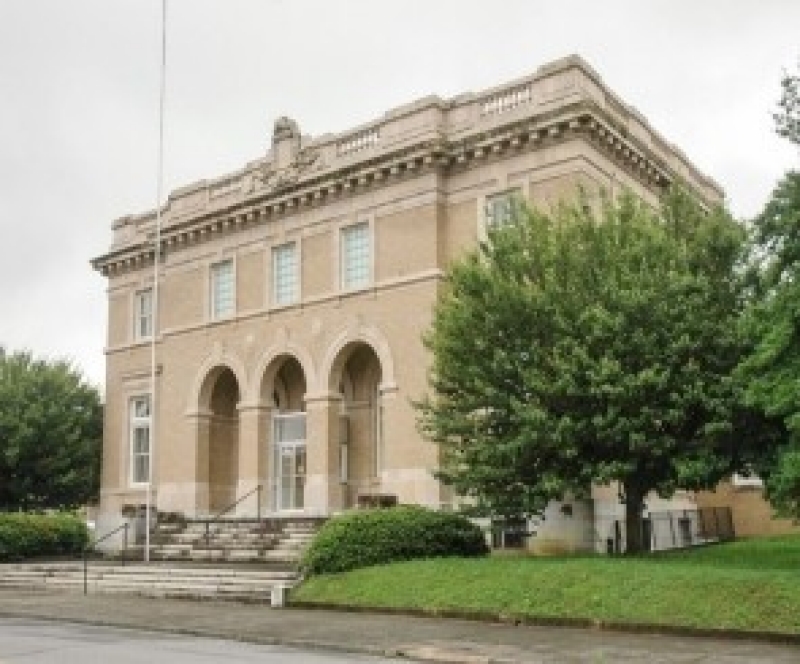 William Alford Hughes, a cashier at a local bank, had this house built in 1892 on West Pillow Street in Clifton.  The transitional Queen Anne-Stick style house is a unique design in the community.  Two-stories, sheathed with weatherboard and with an abundance of wood trim, the Hughes House dominates the streetscape.  The large bay, stained glass transoms and turned and sawn wood brackets represent the ever popular Queen Anne style.  The corner boards and horizontal trim between stories reflect the Stick style. The interior of the house is embellished with more woodwork as seen in the wainscoting, main stair, and built in cabinets. Today the Hughes House is known as the Commodore Inn and is open for events.

Entire nomination information for each site is available on the National Register web page.