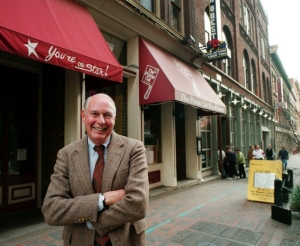 THC headquarters were relocated, as reported in a 1975 Courier, to 170 Second Avenue North, a building restored to its 1870s appearance by Nashville preservation architect Neil Bass. There, THC participated for years in the neighborhood revitalization. By 1998, when Ricky Rogers photographed Bass for The Tennessean, the building was at the center of downtown’s resurgent tourism industry.  Tragically, 170 is now the façade-less shell that THC staff member Rebecca Schmitt photographed in January. (below)

THC has continued to support the district with over a dozen Federal historic tax credit historic preservation projects, including a current one. We continue working with our partners at the Metro Historical Commission to support the restoration efforts, as we continue to post information for impacted property owners on our website. 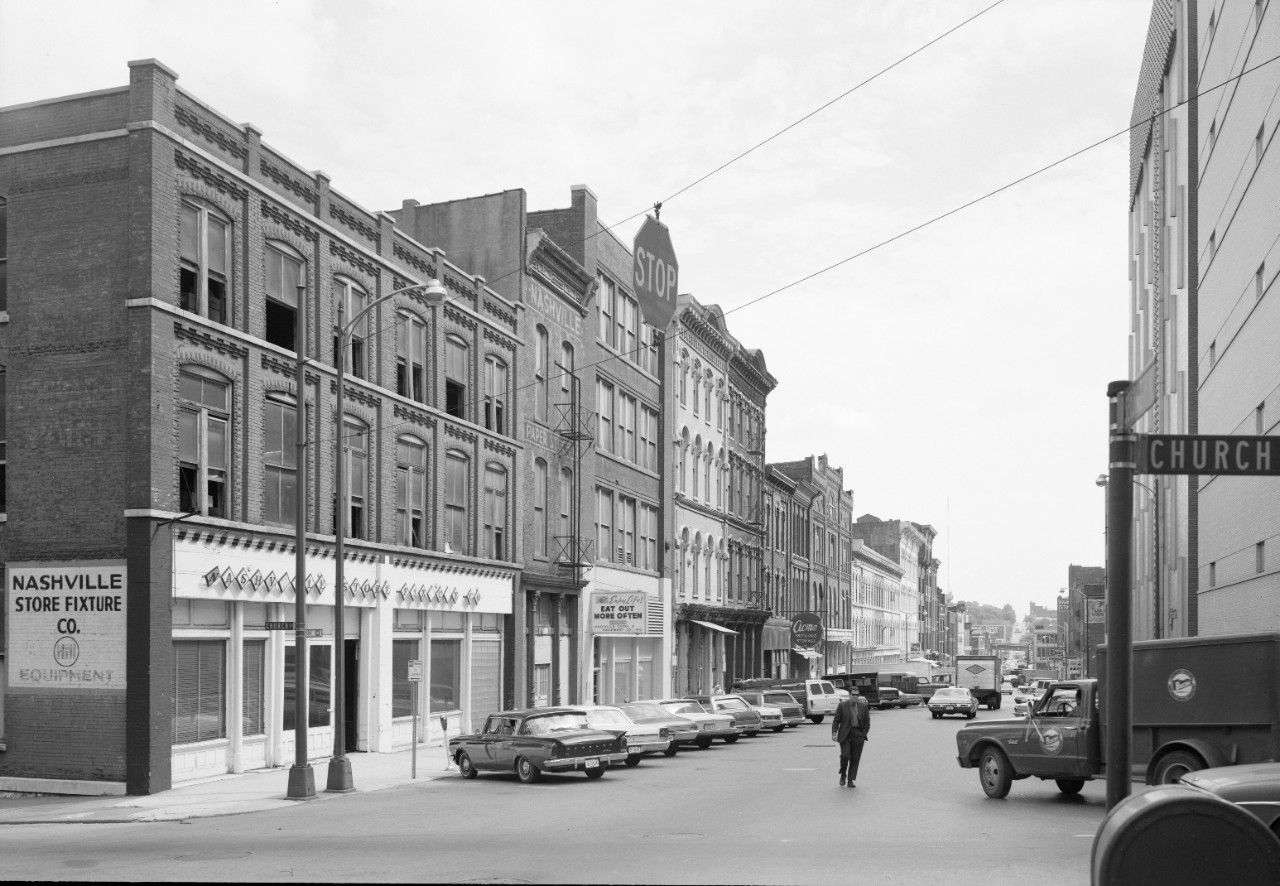 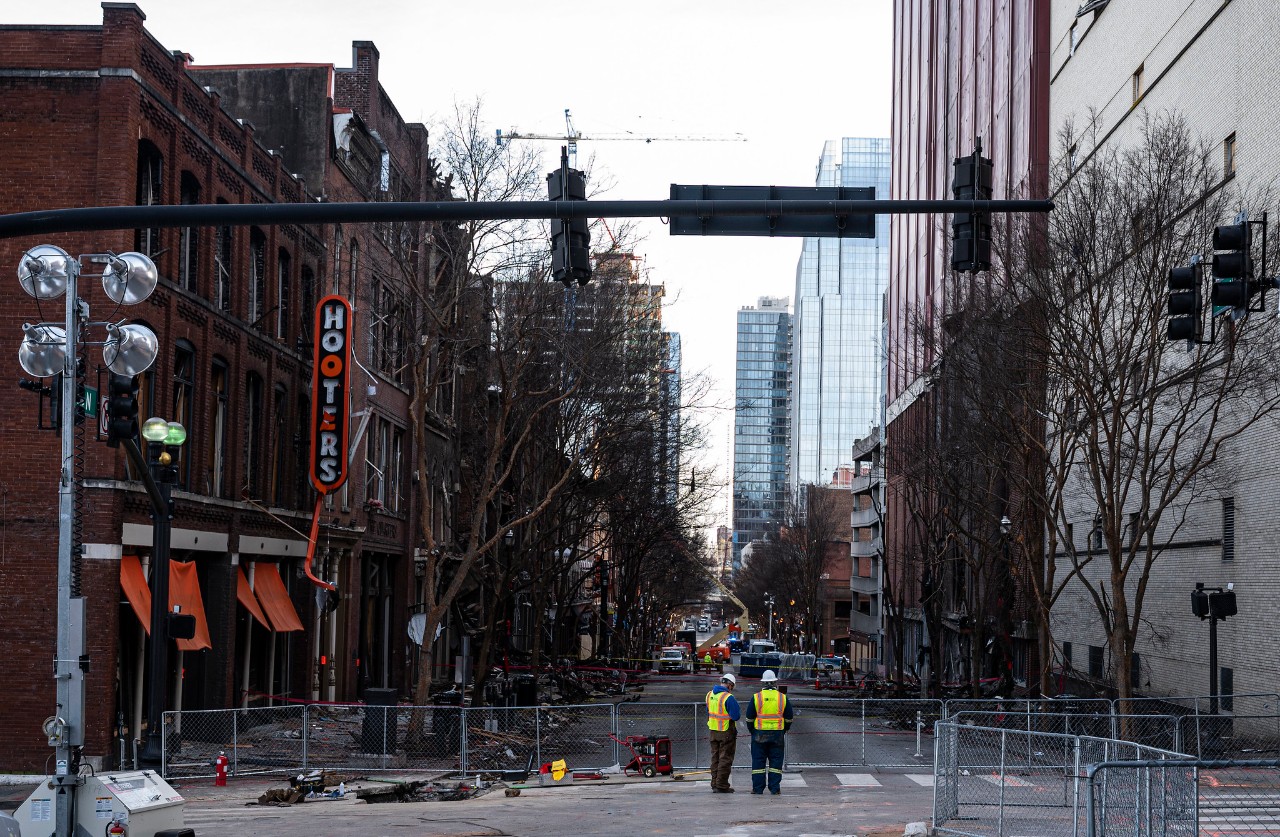 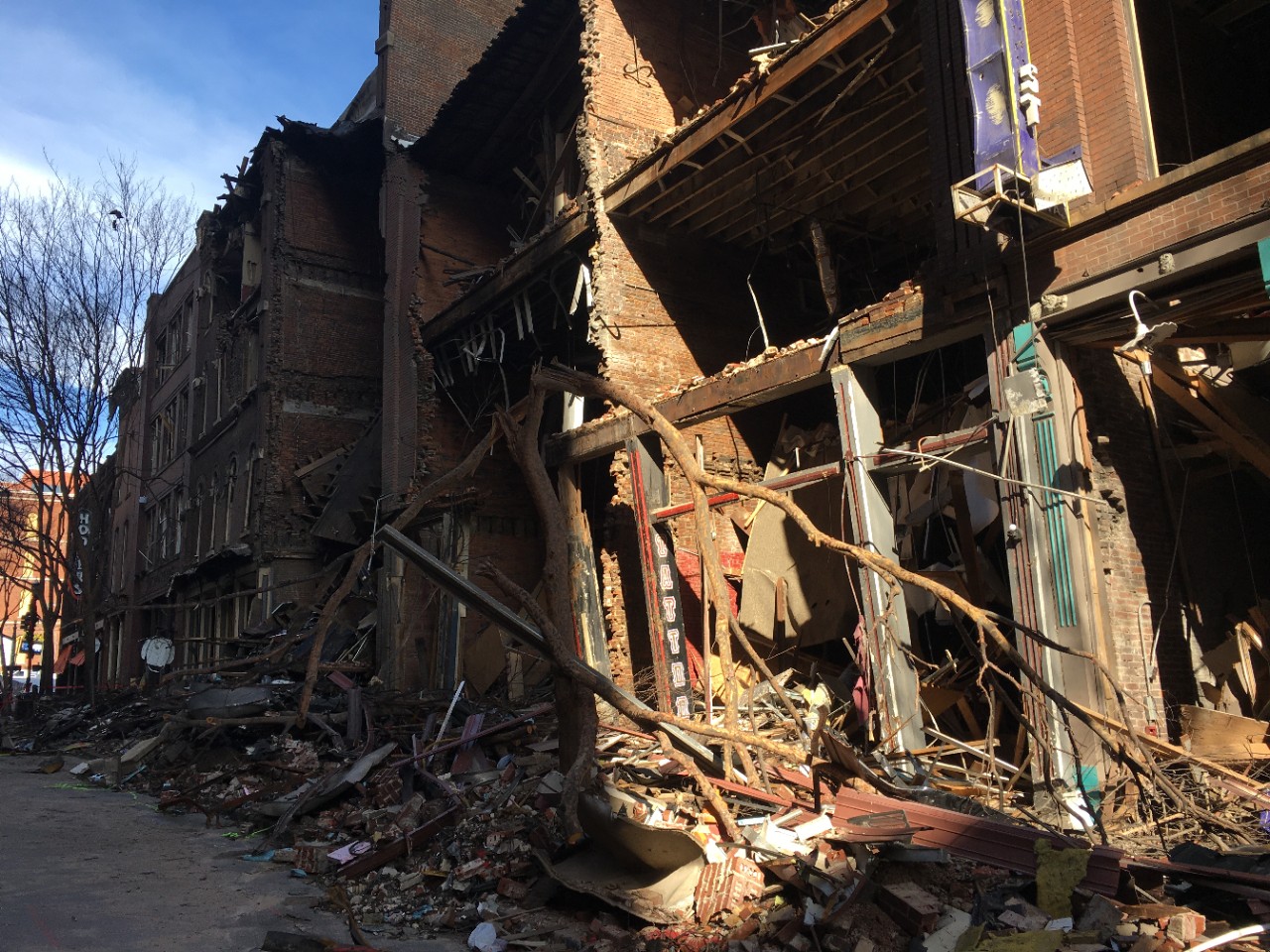 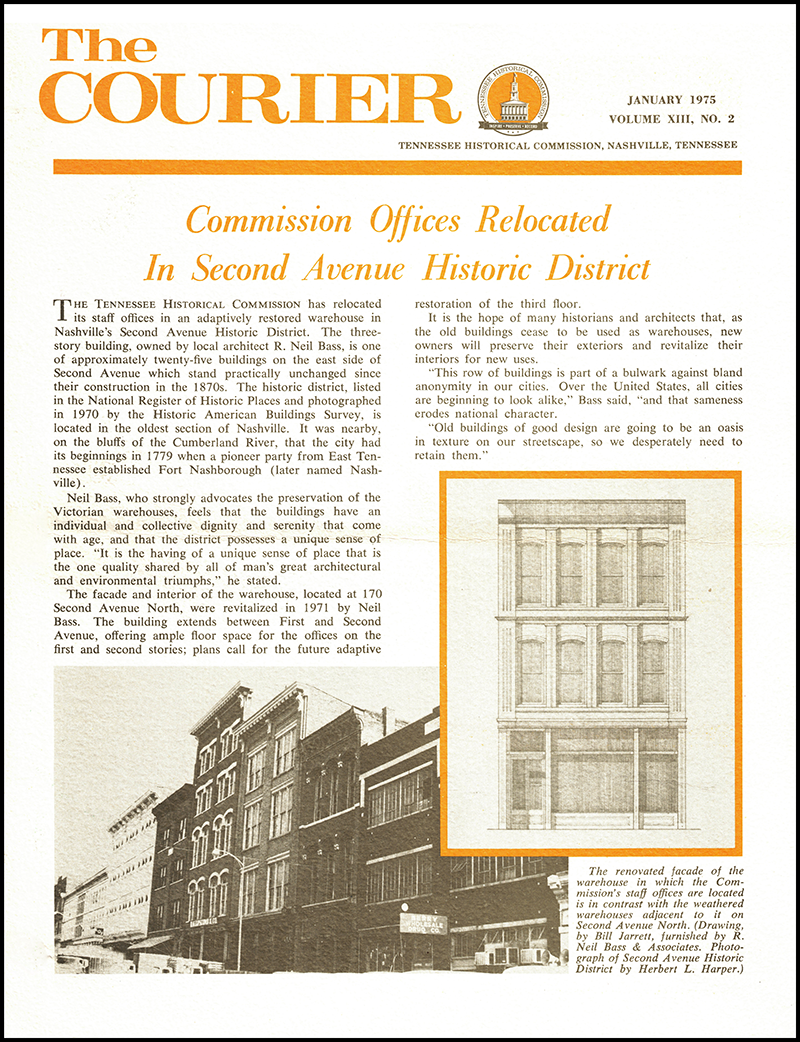