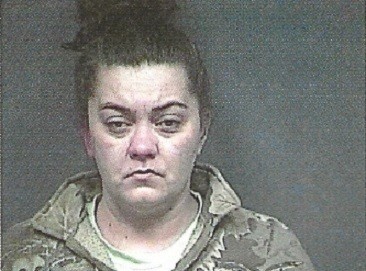 NASHVILLE –  A Maury County woman is charged with TennCare fraud for allegedly falsifying information provided to the state in establishing her eligibility for the program.

The Office of Inspector General (OIG), in a joint effort with the Maury County Sheriff’s Department, today announced the arrest of 39-year-old Tiffany Marshall, charged with TennCare fraud and theft of services. Investigators allege that she falsely reported that she had custody of her child so she could receive TennCare benefits. As a result, TennCare paid more than  $12,717.00 in fees and claims on behalf of her and her family.

“Using the TennCare program in order to receive benefits that one is not entitled to receive will not be tolerated in the state of Tennessee,” Interim Inspector General Chad Holman said. “Through our diligent investigation process, we will continue to show our commitment to ensuring that those taking advantage of our Medicaid system are brought to justice.”

The TennCare fraud charge is a Class D felony, and the theft of services charge is a Class C felony.  The case is being prosecuted by 22nd District Attorney General Brent A. Cooper who serves Giles, Maury, Lawrence and Wayne Counties.

The OIG, which is separate from TennCare, began full operation in February 2005 and has identified and investigated more than 130,349 potential fraud cases leading to more than $9.2 million being repaid to TennCare.  In the year ending June 30, 2021, the total estimated cost avoidance was more than $7.5 million. TennCare's budget is comprised of 65 percent federal and 35 percent state dollars. To date, 3,157 people of been charged with TennCare fraud.

Through the OIG Cash for Tips Program established by the Legislature, Tennesseans can get cash rewards for TennCare fraud tips that lead to convictions.  Anyone can report suspected TennCare fraud by calling 800-433-3982, toll-free or by logging on to www.tn.gov/oig/ and following the prompts that read “Report TennCare fraud.”