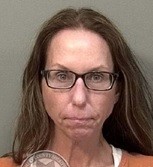 NASHVILLE – A woman in Aurora, Illinois is charged with TennCare fraud for allegedly claiming to live in Tennessee to obtain benefits through the state’s healthcare insurance program.

The Office of Inspector General (OIG) in a joint effort with sheriff’s officers in Montgomery County, Tennessee and Kane County, IL, today announced the arrest of 46-year old Michelle Weinert. She’s charged with TennCare fraud, which is a class D felony  and theft of services, a class C felony.

Investigators say Weinert was residing in Illinois and falsely reporting a Tennessee residence to remain on TennCare. As a result, TennCare paid more than $14,000.00 in fees and claims on behalf of Weinert and her son. Sheriff’s officers in Illinois were persistent in pursuing Weinert, who had been placed on the OIG’s “Most Wanted” list because of the difficulty in locating her.

“We truly value our partners in local law enforcement not only in Tennessee but in areas outside our state where partnering with us is crucial to our mission,” Inspector General Kim Harmon said. “The OIG works to strengthen these relationships inside our borders and beyond to ensure that those who choose to abuse TennCare are brought to justice.”

The case is being prosecuted by District Attorney General John W. Carney, Jr. of Montgomery County.