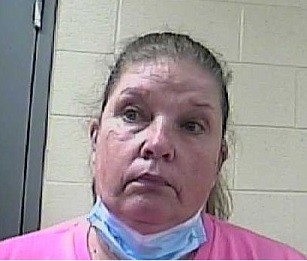 The Office of Inspector General (OIG), in a joint effort with the 12th Judicial District Drug Task Force and the Marion County Sheriff’s office today announced the arrest of 50-year old Patricia Hargis of South Pittsburg, Tennessee. She is charged with one count of TennCare fraud, a class D felony.  The case is being prosecuted by District Attorney General Mike Taylor of Marion County.

Investigators allege that Hargis knowingly used TennCare benefits to obtain a prescription for 84 tablets of Oxycodone, then selling a portion of the pills. TennCare paid for both the doctor’s visit and the prescription.

“We would like to recognize the joint effort of both the 12th Judicial District Drug Task Force and the Marion County Sheriff’s office and stress the importance of thwarting individuals from abusing the TennCare program,” Inspector General Kim Harmon said.  “Our office hopes to continue these strong established relationships to ensure that dangerous drugs are kept off the streets of our local communities.”

The OIG, which is separate from TennCare, began full operation in February 2005 and has investigated more than 5,760 criminal cases leading to more than $10.8 million being repaid to TennCare, with a total estimated cost avoidance of more than $163.6 million for TennCare, according to latest figures. To date, 3,099 people have been charged with TennCare fraud.