Part of order after TennCare fraud charges were filed 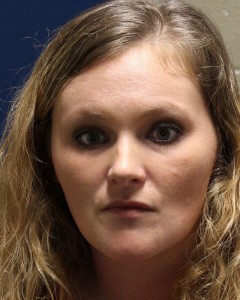 NASHVILLE, Tenn. – A Hardin County woman is ordered to repay the state more than $15,000 after she was charged with TennCare fraud for allegedly lying about her residency to enroll in the state’s healthcare insurance program.

The Office of Inspector General (OIG) today announced that Samantha J. Briley, 31, was sentenced in Hardin County, where she was accused of enrolling in TennCare by claiming to live in Tennessee when she was actually a resident of Florence, Alabama, which is across the state border and south of Hardin County.

Briley must repay the state a total of $15,327.06 for benefits she and her family received while they were on the program. She is also ordered to serve 78 days in jail; afterward, she will be on community corrections probation until 2025.

Briley was arrested in March of this year when she was charged by the OIG with TennCare fraud and theft of services over $10,000. At the time of her arrest, Briley was being held in the Hardin County jail on unrelated charges of selling methamphetamine. The case was prosecuted by District Attorney General Matt Stowe.

“The TennCare program is solely for the citizens of the state of Tennessee,” Inspector General Kim Harmon said. “We appreciate information regarding out-of-state residents on TennCare. We investigate all tips thoroughly and pursue criminal charges when appropriate.”

The OIG, which is separate from TennCare, began full operation in February 2005 and has investigated cases leading to more than $3 million being repaid to TennCare, with a total estimated cost avoidance of more than $163.6 million for TennCare, according to latest figures. To date, 3,083people have been charged with TennCare fraud.