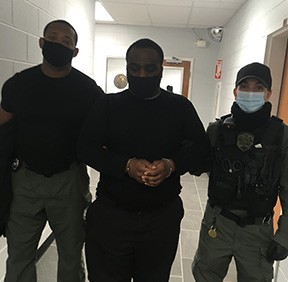 NASHVILLE - A former TDOC employee has been charged with Introduction of Contraband into a Penal Facility. William Chamberlain was arrested Friday, January 15, at Riverbend Maximum Security Institution (RMSI).

When he reported to work Friday morning, Chamberlain was unable to successfully clear the security checkpoint.  Officers discovered that Chamberlin was attempting to bring tobacco, marijuana, and cash into the facility.

Chamberlain, a former correctional officer, was immediately arrested by officers from TDOC’s Office of Investigations and Conduct.  He admitted to attempting to bring the contraband items into the facility and was transported and booked into the Davidson County jail.

“The introduction of contraband into one of our prisons by anyone is a felony offense and a threat to the safety of our team, the offenders we supervise, and the public,” TDOC Commissioner Tony Parker said.  “We remain committed to working with local law enforcement to vigorously prosecute anyone who attempts to bring in contraband whether it is an inmate, visitor, or staff."