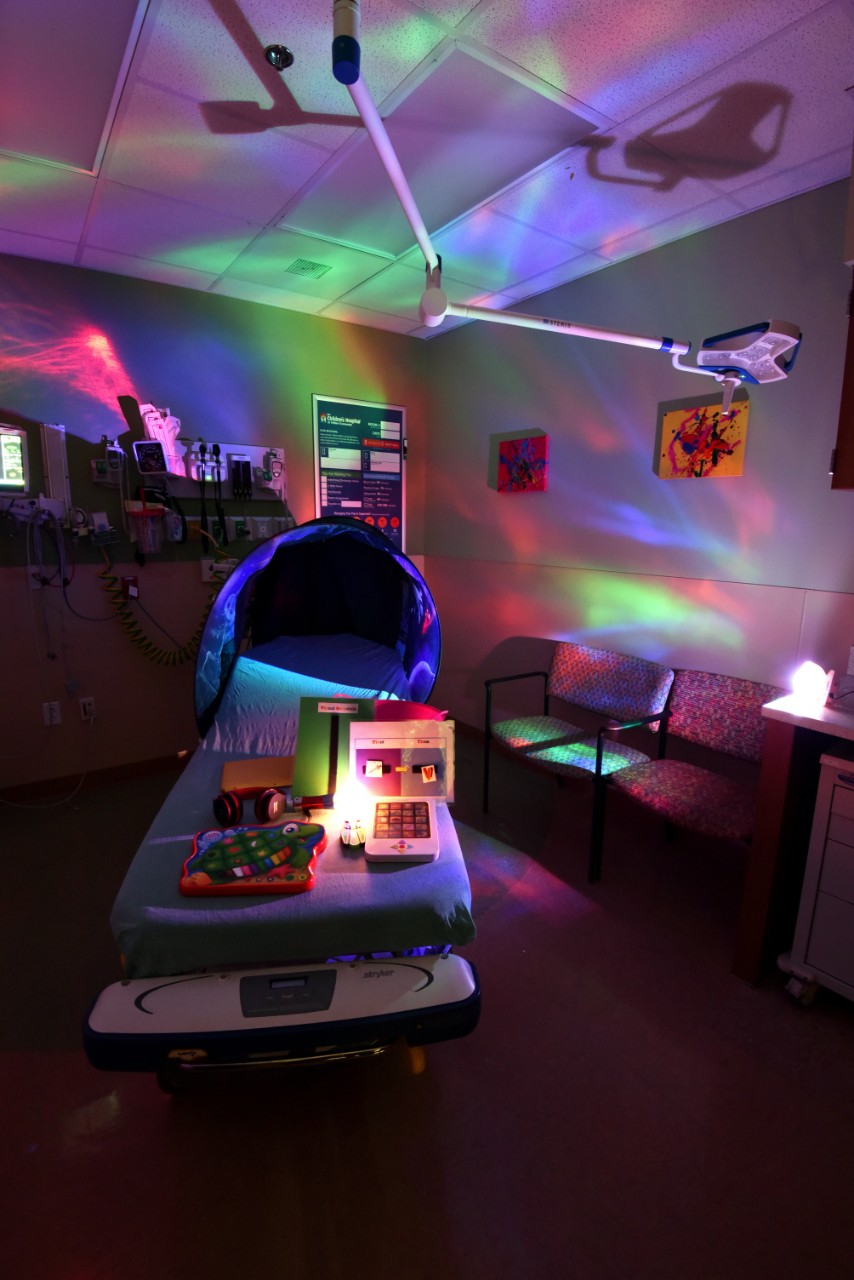 As a father of two children on the autism spectrum, I feel like I have a pretty good grasp of what sensory overload looks like for individuals with autism. I can’t say I can feel exactly what they’re feeling when my children are experiencing an overwhelming amount of sensory input, but I do understand why they may react the way they do. I know from our experience that going to see a new-to-them doctor, in a new-to-them building with a new-to-them nursing and check-in staff can be extremely daunting – not to mention the anxiety brought on by a mysterious ailment.

So, imagine how this must feel for a child with autism going to a hospital emergency room for the first time – with a waiting room packed with uncomfortable people in varying degrees of distress, perhaps an ambulance or two with sirens and flashing lights as they drop off patients, or just the extended “waiting” part of the waiting room.

TriStar Centennial in Nashville recognizes these challenges, and has made some innovative changes to be more accommodating for kids on the autism spectrum. Donna Perlin, a pediatric emergency doctor who helped initiate Centennial's efforts, noticed that incoming sensory information from noisy rooms, beeping machines and bustling doctors and nurses could often distract the kids from paying attention to the medical professional who was trying to interact directly with them and cause distress.

“I cared for a nonverbal autistic child in our Emergency Department who presented with gunshot wounds,” recalled Dr. Perlin. “I watched our nurses start IVs with the child standing on the stretcher, clinging to his mother. I saw how they adapted their care to his disability. It was a positive experience that made me realize that this could be done. The staff adapted since it was harder for the child to do so.”

TriStar reached out to Autism Tennessee for help thinking through possible accommodations. Based on that feedback, there are now rooms in the emergency area that have dimmable lighting, soothing toys, weighted blankets, and noise cancellation headphones. Staff can use visual communication boards (for example, to show the child photos of equipment before it is used) and “First, Then” stories with photos of what will happen and what reward will come afterward. It is routine now for the hospital to ask families as they arrive if their child has any special needs, and if so, what triggers anxiety and what calms their child down. This survey is included in the patient’s chart so all staff remain aware of this information. Beeping monitors no longer go off constantly in these more sensory-friendly rooms, just at the nursing station. There is also an effort to reduce the number of different nurses that any one child has to interact with. The hospital’s Child Life specialists have been integral in coordinating these efforts to better support children and families.

Dr. Perlin has a family connection to the autism community. Her efforts at TriStar Centennial began when she with a friend in Tampa who is a parent of a child with autism, and an Emergency Department (ED) nurse. Perlin found out that the University of Florida Center for Autism and Related Disabilities (CARD) was providing resources for local healthcare facilities to help make them more autism-friendly. “She mentioned a difficult hospital encounter with her daughter and we discussed how wonderful it would be to have a program to make caring for these individuals easier for the children, families and staff.”

Dr. Perlin then sent an email to Joann Ettien, Chief Operating Officer of the TriStar Centennial Women’s and Children’s Hospital asking for permission to make a few small changes in the ED and to use the facility name in seeking resources. “My request was immediately granted and she took it farther and suggested that we make these changes facility-wide. She provided the resources and the support to take the program even farther than I had hoped. She said it was the right thing to do for our patients.”

A staff committee was developed, including many staff members who have children or grandchildren on the autism spectrum. According to Dr. Perlin, the committee’s work became a “passion project”.

Fortunately, the program has been very well-received among families that have used the new resources, as well as those families in the autism community who have only heard about it. Dr. Perlin is very grateful for the support of Autism Tennessee, whose executive director, Babs Tierno, has toured the facility and is pleased with the results.

Plans are underway to make more sections of the hospital more comfortable to patients with sensory issues. In addition, HCA Parkridge East Hospital in Chattanooga has toured TriStar Centennial and is committed to starting the program in its own ED. Other HCA-owned facilities are also considering moving in this direction. “We hope to see this spread nationwide as a standard of care,” said Dr. Perlin.