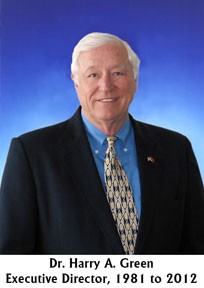 The Tennessee Advisory Commission on Intergovernmental Relations (TACIR) was created in July 1978 by Chapter 939 of the Public Acts of 1978. TACIR was created in response to legislative findings in the late 1970s indicating the need for a permanent intergovernmental body to study and take action on questions of organizational patterns, powers, functions, and relationships among federal, state, and local governments.

The Commission’s first meeting was held in June of 1979. That meeting was presided over by TACIR’s first Chairman, Representative John Bragg, who chaired the House Finance, Ways and Means Committee and would serve as TACIR’s Chairman from 1979 to 1981 and again from 1987 to 1996. Initially, the Office of the Comptroller of the Treasury, the State Planning Office, and the Office of Legal Services provided staff assistance to the Commission. Beginning with fiscal year 1982, the General Assembly allowed for a full-time staff and budget for TACIR. Dr. Harry A. Green was appointed Executive Director in September 1981, a position he held through April 2012. The Tennessee General Assembly honored Dr. Green's career with a resolution signed by Lt. Governor Ron Ramsey and Speaker of the House Beth Harwell on April 9, 2012, and signed by Governor Bill Haslam on April 13, 2012. TACIR has played a key role in developing many of the important public policies that have shaped state government in Tennessee since 1978.